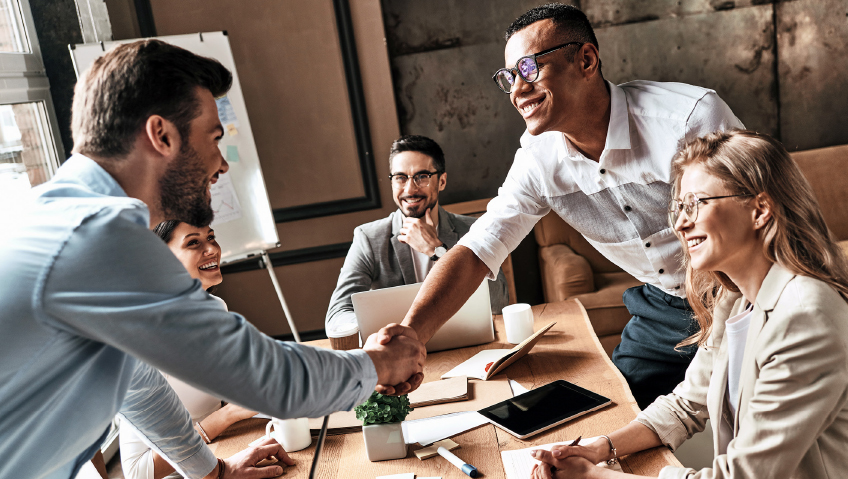 Converse, Texas continues to grow and thrive. Since Business in Focus profiled the San Antonio suburb in 2015, the community’s prime location, affordable living, and convenient amenities have kept drawing new residents—and the city can accommodate them all.

“The city of Converse has been experiencing phenomenal, responsible growth for the past several years,” says Mayor Al Suarez. “Our infrastructure has been strengthened and commercial development is increasing. Converse is a family-oriented community with low property tax rates, quality amenities and a great place to live.”

Businesses thrive in Converse’s enviable location at the intersection of several major highways: I-35 whisks travelers toward Austin and North Texas; I-10 connects the community to Houston; and Loop 1604 circles nearby San Antonio, making the area an ideal spot for manufacturing, supply chain, and distribution industries.

Land is readily available for incoming businesses that want to take advantage of the city’s convenient location. “We have a large amount of acreage located along the 1604 corridor,” Vallender says. “Specifically, we have a few sites that are one-hundred-plus acres in size and are a great opportunity for businesses.”

Business owners experience lower than average real estate costs than much of the surrounding region, particularly in retail strip malls. “We generally are about three-dollars-a-square-foot lower in lease rates than San Antonio, so we definitely have a draw for some of the smaller businesses,” he notes.

Randolph Air Force Base also has a positive impact on local businesses. “The base is a strong economic driver for our local businesses,” Vallender says. “The servicemen and women that are working on the base provide a lot of business for our retail during lunchtime hours and after work hours. In fact, we have a lot of folks that have served at that base that have chosen to retire here in Converse.”

These military retirees find plenty of reasons to stay in the community. “It’s a wonderful, wonderful city with a very small-town vibe,” he says. “A lot of our primary businesses are in retail, and those are primarily owned by local small business owners. So folks that have retired out here, moved out here, have chosen to open up businesses serving their community and it really preserves that small-town feel in Converse.”

“Additionally though, because of our access to I-10 and I-35, we have direct access to amenity markets. Downtown San Antonio is about a twenty-minute drive max [to] access all of the major amenities down there—River Walk, et cetera.”

The Forum, one of the area’s largest retail centers, is even closer. “It’s a great shopping district,” Vallender points out. “Essentially anything that you might need is available within a five-minute drive from Converse.”

Or, residents can stay in town and take advantage of the range of local mom-and-pop shops. “So our residents have the ability to access larger markets and access their needs just a few minutes away but can recreate in town and enjoy that more, small-town feel,” he adds.

The community is committed to keeping Converse a pleasant place to live. “The city has invested a lot of money in the recent past—several million dollars—in the development of park trails,” Vallender says. A ten-mile green belt now connects three city parks with amenities that include stocked fishing lakes. “It creates a great opportunity for folks to take their families out to recreate amongst the park systems.”

The city actively welcomes incoming businesses and residents who want to take advantage of all that Converse has to offer. “In the past few years, the city council has had an opportunity to discuss various policies that they felt would invite continued development into the area,” he says.

“City council has been very proactive in ensuring that Converse is able, through its policies and its interaction with developers, to remain competitive. Converse has welcomed new housing developments, where some surrounding cities in the area have even looked at temporary moratoriums or temporary programs to slow the development of housing and retain land for some commercial corridors.”

Fortunately, Converse was a step ahead of the increased demand. “Converse has quite a bit of commercial corridor prepared and appropriately zoned in the title for development along the 1604 Corridor,” Vallender states. “So we haven’t felt a need to limit or to look at any type of policies that might limit growth and housing. Our housing market is doing very well.”

Furthermore, the city’s houses come at prices that are lower than much of the surrounding areas. This is ideal for people who want “to get the biggest bang for their buck and still have access to all of the rich amenities that are available in San Antonio.”

Top land developers are taking notice of what Converse has to offer. “Our housing and our land prices out here have been lower than the San Antonio market as a whole for the past few years, which has enticed land developers to come out and look at the area,” he says. “Our building fees and our permitting fees are lower generally than the rest of the markets out here, and the combination of the land availability, low fee structure, and low regulatory structure has created a great opportunity for developers, and as developments have been successful, more and more developers continue to come out.”

The city is well prepared to offer the services incomers need. “Our city services, specifically fire and police, have been bolstered quite a bit through budget and other policy means by city council to ensure that the services that are provided to our residents are very high in quality,” Vallender says. “So as folks come out to the area, they’re finding that the services that they’re receiving are top-of-the-line.”

Several improvement projects will enhance the city’s already strong infrastructure. The 1604 corridor is currently slated for expansion, which will keep traffic moving smoothly as more people move to Converse. “The state has been working to obtain appropriate right-of-ways in that area, and they’ll be moving forward and expanding that road to [accommodate] larger volumes of traffic in the near future,” he says.

The city will be expanding Rocket Lane, which is one of the primary arteries whisking traffic from the 1604 corridor into Converse’s city center. “That will create a great opportunity for our residents to have ease of access from 1604 to our downtown core as well as new opportunities to move between cities,” Vallender adds.

Highway 1516, a major roadway connecting the city to I-10, is slated for expansion in 2023. In yet another infrastructure project, Toepperwein Road will be widened extensively. “That is a connector between I-35 and I-10, and it carries a lot of traffic amongst the local municipalities that are around here,” he says. “It’s a two- or a three-lane road, and it is expanding out to five lanes.”

With so much to offer, Converse has seen an influx of new businesses and residents—and will continue to accommodate the increased activity. “We’ve undergone a great amount of growth over the past three to five years,” Vallender says. “The city’s almost tripled in population in the last decade and the city’s making strides to ensure that that the residents are receiving services at a level that would be expected; that we’re looking at the future to make sure that our city will be a sustainable city in terms of its growth and in terms of the services and the development that serves our residents out here.”

“The city’s got a whole new set of leadership, and with new leadership, comes great opportunities for new ideas and a great new vision for Converse. So we’re really excited to continue to move forward, and we’re excited about what the future looks like in the next three to five years.”