Town on a Mission 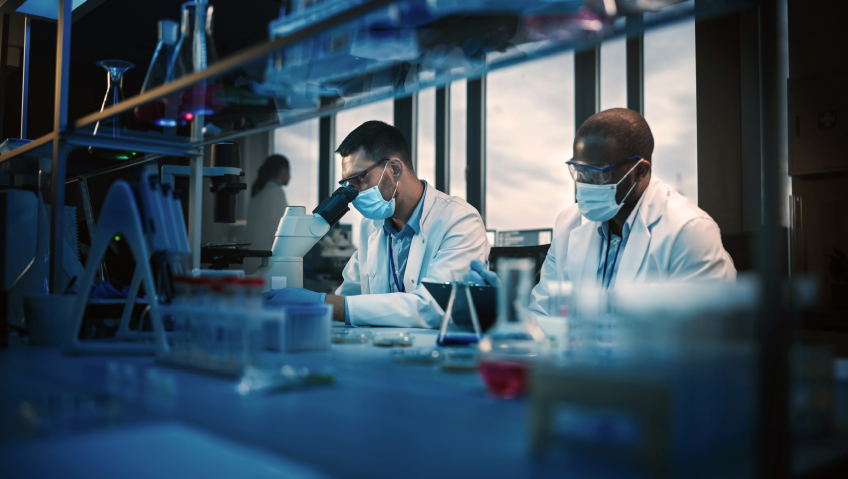 Hundreds of years after its founding, the Town of Chelmsford has emerged as a hub for life sciences, advanced manufacturing, and nanotechnology-related companies.

Settled around 1653 by industrious men and women from nearby Woburn and Concord, the Massachusetts Bay Colony was initially a farming community. Some industries, like iron smelting and glass manufacturing, came and went. But today, a different kind of business is arriving.

Declared ‘BioReady’ by the Massachusetts Biotechnology Council (MassBio), Chelmsford’s Platinum status reflects the town’s zoning practices, and its infrastructure capacities make it easy for biotechnology businesses to relocate or start up.

Many available buildings are “already permitted for biotech uses and have 20,000 square feet or more of available space for biotech uses,” according to MassBio, or have shovel-ready, pre-permitted land available with completed municipal water and sewer capabilities.

The company’s formidable bioprocessing production capabilities, newly housed in its massive 85,000 square foot premises will help meet the increasing demand for biologic materials necessary “to produce vaccines and breakthrough therapies for cancer and other diseases.”

The company adds that, “The technologies produced at the Chelmsford site are used in the purification process of developing biotherapeutics and vaccines. These products help save time and reduce costs so that new treatments can reach more patients faster.”

For the town—and Thermo Fisher—the new facility is a welcome addition. Once fully staffed, the Chelmsford location will employ about 250 workers in areas including warehousing, quality, engineering, and manufacturing. “They took a multistory office building and created a high bay manufacturing space, which is pretty extraordinary,” says Lisa L. Marrone, the town’s Director of Business Development. “Thermo Fisher invested a lot of money fitting that out, and they are now open and operational.”

For the town of 35,000, the opening of the facility represents not just more jobs in Chelmsford, but a prominent business demonstrating confidence in the area.

Yet another company with a significant presence in the area is Teledyne FLIR LLC. One of the world’s best-known developers, designers, and manufacturers of “technologies that enhance perception and awareness,” the business is known for providing thermal and visible-light imaging, advanced threat detection systems, and other products for military and defense, government, industrial, and commercial clients.

In July, Teledyne FLIR Defense, part of Teledyne Technologies Incorporated, announced that it had received new orders worth $62.1 million from the U.S. Armed Services for its advanced, multi-mission robots.

The company will provide the U.S. military with almost 500 additional Centaur® unmanned ground systems and related products, such as payload mounting kits, antennas, and additional spares.

“Our Centaur platform continues to prove itself as one of the most versatile and sought-after tactical Unmanned Ground Vehicles (UGVs) to support America’s military,” says Tom Frost, General Manager of Unmanned Ground Systems at Teledyne FLIR Defense in a media release. “Our team is honored to play a role in providing technology that U.S. warfighters depend on for risky and sometimes deadly missions.”

The Cross Roads at Route 129

Comprising 630 acres and over 70 properties, the Cross Roads at Route 129 is the perfect place to start or grow a business. Home to well-known companies such as 3M, Thermo Fisher Scientific, Azenta Life Sciences, Teledyne FLIR, iRacing, Triton Systems, AXIS Communications, Zoll Medical, FDE Hydropower, and many others, the Cross Roads is “where business and community meet.”

A vibrant community with vast retail opportunities, the Cross Roads offers 4.6 million square feet of total building space, supportive services, including Harvard Vanguard Medical Associates and KinderCare Knowledge, and amenities such as a bike-share program and walking paths. With easy access to the town center and Route 3 and 495, a 30-minute drive to Boston’s Logan International Airport, and Lowell’s Commuter Rail just four miles distant, easy and convenient accessibility is not an issue.

“Our goal is to create business attraction through the credible tenants and the reputable tenants that we have, and by building a small cluster for life science, robotics, and communications,” says Marrone. “We’re not trying to compete with our bordering neighbors and their advanced companies—we’re trying to create the Cross Roads at Route 129 by advocating what’s already here. The Town, being a neutral entity, has taken unique measures to support our business property owners and tenants, such as the creation of https://www.ChelmsfordCrossRoads129.com.”

Marrone and others, including Community Development Director Evan Belansky, are working with interested businesses. This includes finding tenants, zoning and boundaries of operation, and more. In 2018, the vacancy rate at the Cross Roads was 17 percent; today it is just 8.9 percent and shrinking.

Another Cross Roads business opening in early 2023 is Pressed Cafe. Featuring a full-service 100-seat restaurant, liquor license and bar, and outdoor dining, the new location will also include a convenient drive-up window. “It’s really a big deal, and we are hoping Pressed Cafe will bring additional attention and interest to the Cross Roads,” says Marrone, adding that the town has significantly reduced its “unhealthy” amount of available office space.

“We are nearing a lower vacancy rate with a healthy amount of turnover space. Some of our neighboring towns are struggling where we once were.” A second restaurant is currently negotiating space in the Cross Roads area.

Recognizing that the world is changing, the town continues working on practical, forward-thinking amenities for the 129 area. With Pressed Cafe about to open and growing interest in available development opportunities, Chelmsford is investigating bringing eBikes to the Cross Roads area for easy and quick transportation as an alternative to cars.

The Town of Chelmsford is currently reviewing plans for a significant addition to an existing office building at 250 Apollo Drive. The proposal is for a high bay expansion project at the back of the building, to meet growing market demand and be used for overhead cranes, logistics, manufacturing, and other industries.

This unique concept means the structure will still appear to be a regular office structure from the front but have an ingenious 35,000-square-foot high bay expansion attached to the back for a separate tenant. “That’s the strongest demand in this area—high bay space,” says Marrone. “This can be for warehousing, robotics, and other uses, like life sciences, drone development, and things like that.”

Mindful of the current and future needs of businesses, the town is working on another project involving an empty, 80,000-square-foot office building that has been fully committed to a 20-year lease for administrative use. “It will add a really interesting aspect to Chelmsford’s Cross Roads,” says Marrone. “We can accommodate all types of businesses, not just industrial and professional, and we’re really excited about it.”

For businesses of all kinds, the advantages of Chelmsford are many, from available space to quality-of-life amenities, and rental prices are significantly lower than in nearby Boston. With a sizzling hot real estate market, properties are often sold even before they are completed.

Businesses and newcomers are attracted to Chelmsford for many reasons, from its rich history to its country setting, from available properties to easy access to Boston and New Hampshire.

Marrone describes the town’s response to this growing interest: “We’re trying to promote the municipal team to always be ready for a conversation with any business or prospect interested in learning more about Chelmsford—how we support businesses in Chelmsford, and how quickly new projects can get through the permitting process and the approvals for construction, and fitting out the space for moving in.”