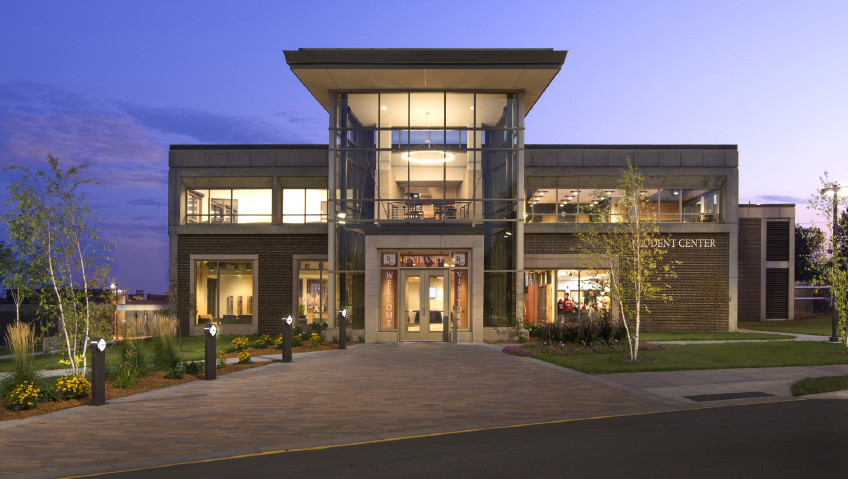 A #KanDo Mentality That Creates Opportunity

In August of 2018, Business in Focus introduced the dynamic ‘Kandiyohi County & City of Willmar Economic Development Commission (EDC)’ – whose purpose is to develop and grow the region economically. This report back looks at the organization’s success and what is still to come. 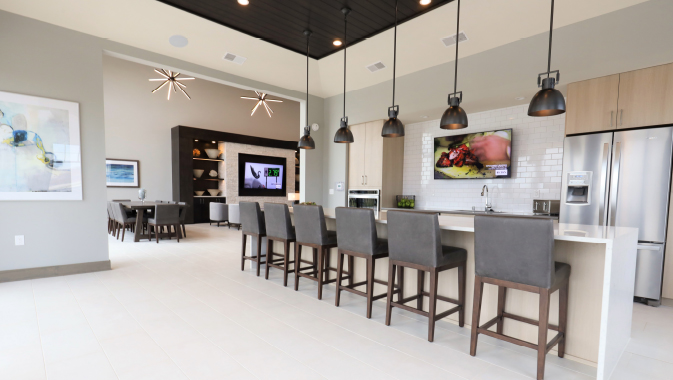 35 Years of Excellence – and Counting

Fiduciary Real Estate Development, Inc. (FRED) is a property management, leasing, construction, and development company in Milwaukee, Wisconsin that has steadily built a successful business based on quality. Now the firm has taken an even larger step forward… 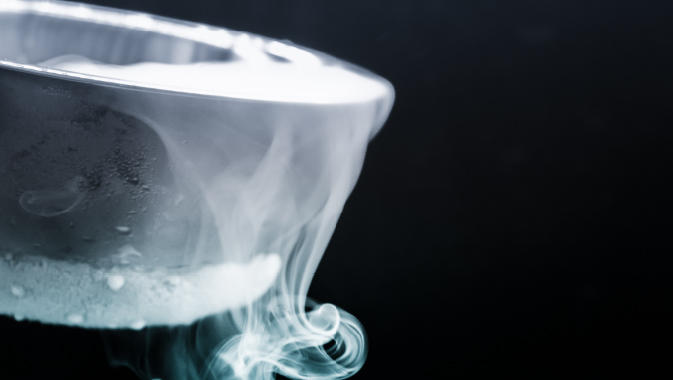 Going Above and Beyond to Give Customers Exactly What They Want

Entrepreneurs are a breed a people who are innovative, hardworking, and never seem to settle for a business venture that is just ‘good enough.’ They always want more. This is true of Jerry and Naomi Hancock, a couple from Orem, Utah who had been making their living in food service making customizable food. 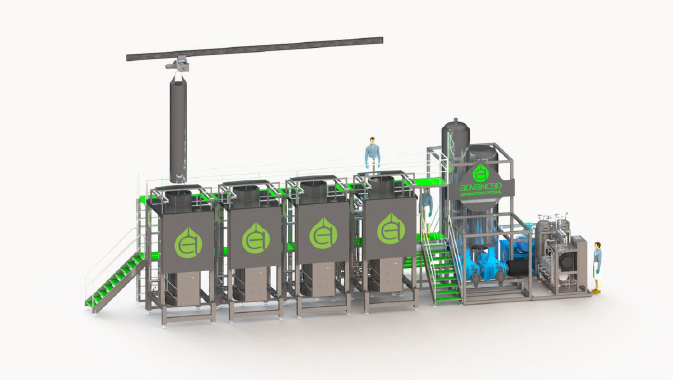 Giving PEI Potatoes a Run for Their Money

In 2012, David Campbell co-founded a company in the little province of Prince Edward Island, Canada called Origins Xtractions Limited that focused on making equipment for the nutraceutical, pharmaceutical, and biotechnology industries. At the time, cannabis was not legal, but he suspected that someday it would be. 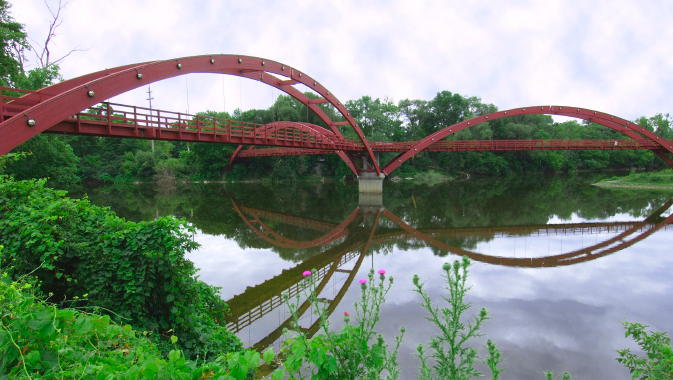 A Model for Success

The County of Midland, Michigan is a hub of business activity with a diverse range of small businesses, retail, manufacturers, and Fortune 500 companies. It is no wonder why the Midland Business Alliance (MBA) is one of the busiest groups in the county. 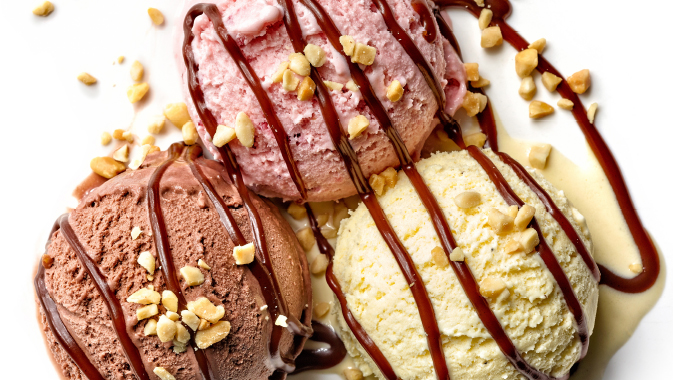 Serving up 90 Years of Smiles

When you think of the business of ice cream, you cannot help but think of happiness. It is no wonder then that three generations of Thomsens have spent over ninety years making Schoep’s Ice Cream Company Inc. not only one of the largest independent ice cream manufacturers in Wisconsin but the United States as well. 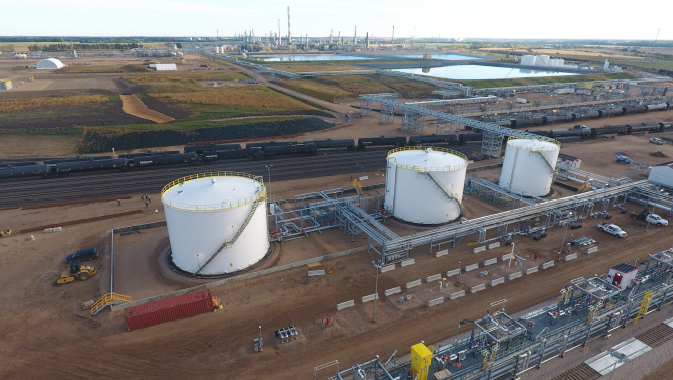 Storage Tanks and the Art of Building Them Better

Few people will claim that they have a true passion for storage tanks – and the maintaining, repairing, altering and building of them. The founders of Elite Integrity Services have spent nearly two decades following just that passion. 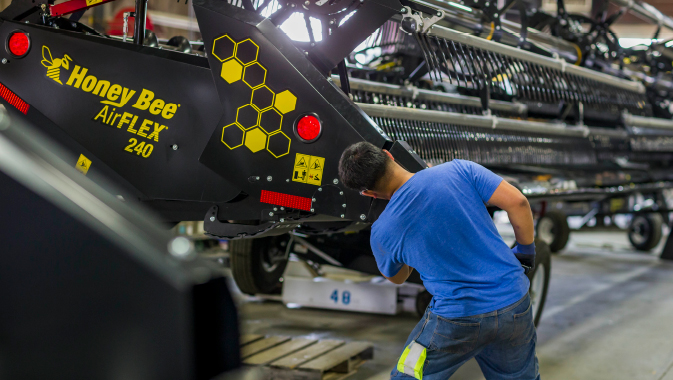 A Commitment to Faith, Family, Community and Innovation

On a farm in Bracken, Saskatchewan in the 1970s, brothers Greg and Glenn Honey were a couple of determined young farmers who did not let anything stop them from doing what needed to get done. During the winter of 1978-1979, they spent eighteen to twenty hours a day building a giant tractor from the ground up because they needed something bigger for their farm. It was a 500-horsepower beast that was larger than anything on the market.
~
After the tractor was completed, they began to look at other equipment and, not satisfied with what they had for harvesting crops, started looking for ways to improve it to make the work easier. Combines and swathers became next on their list, and as they built, neighbouring farmers took notice and started requesting some of their custom products. By 1979, they and their wives officially launched Honey Bee Manufacturing, starting with the creation of a rod weeder attachment for tillage equipment. 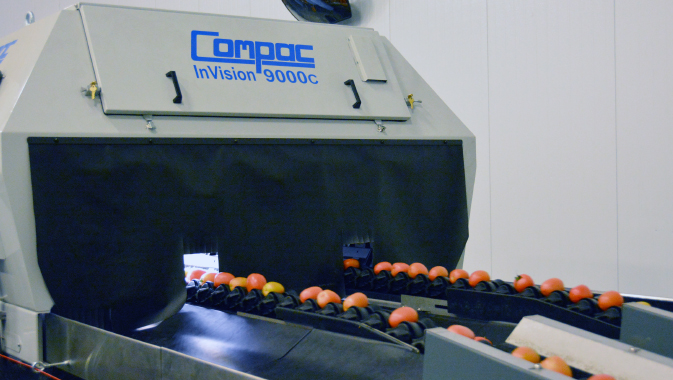 In 1994, Ted Kaplan started his wholesale produce, packing, shipping and distribution company in what has become a family tradition. Professional Produce is located in Vernon, California, south of Los Angeles, from which it serves markets on both coasts and abroad.
~
While the company has officially been around for 25 years, owner Ted Kaplan is a third-generation produce man. Kaplan’s grandmother Dora was one of the founders of the Los Angeles Produce Market dating back to 1917 and operated Kaplan’s Fruit and Produce until the early 1980s. Her son Milt – Ted’s father – worked with her as well and then opened his own business, the Produce Place. It’s safe to say that being in the produce industry is a long-standing family tradition for the Kaplans. 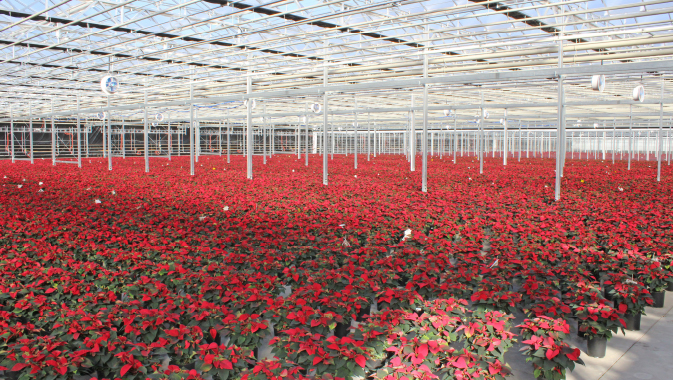 Growing a Family Business… through the Business of Growth

The business of producing the food we eat and the flowers we enjoy is not as simple as planting a seed and watching it grow. There are many steps involved, and many businesses that manufacture the solutions to ensure the quality of the food and flowers that are produced. In Ontario, Canada, Zwart Systems has been a key provider of one of the most important steps – horticultural irrigation – for almost fifty years.
~
In 1969, Peter Zwart recognized a need in the greenhouse market for irrigation and general supplies, so he established Zwart Systems in Beamsville, Ontario, and began building a business that would become a successful family operation. 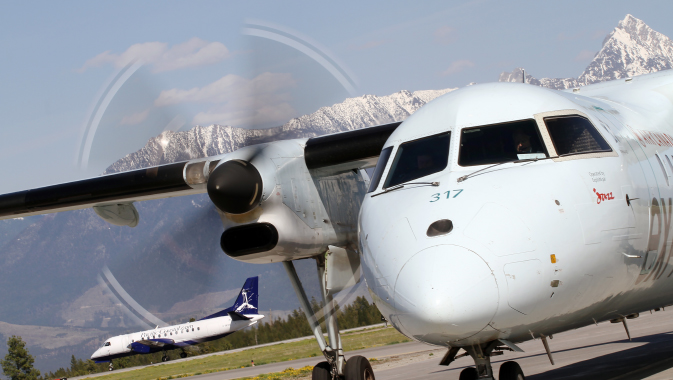 In the southeast region of British Columbia, Canada, known as the Kootenays, not far from the State of Washington, you will find yourself surrounded by the Rocky Mountains, majestic lakes and rivers, and two quaint little cities with a lot of ambition.
~
The City of Cranbrook has a population of about 20,000, and the City of Kimberley has just under 8,000 people. For many years, these two competed against one another for jobs and business development opportunities. All that changed four years ago though, when the two current mayors were running for office. Lee Pratt of Cranbrook and Don McCormick of Kimberley decided that, instead of competing against one another, they would work together if elected, because they realized that what was good for one city was good for the other. 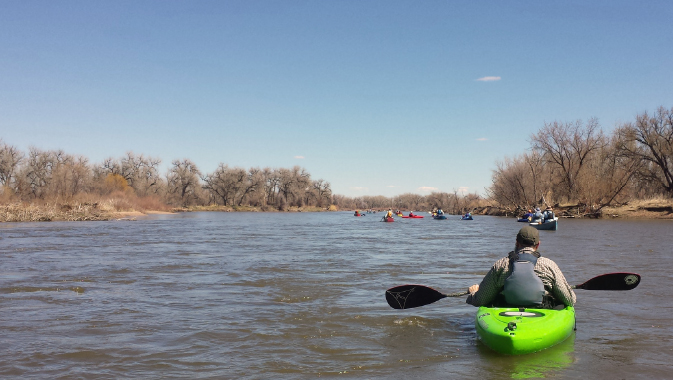 Colorado is one of those ideal states that offers everything an outdoor enthusiast could want – plenty of sunshine and four full seasons, access to beautiful rivers, hiking and biking trails – not to mention the Rocky Mountains and wide open spaces. The towns and cities in the state range in size and diversity and are known for a variety of attractions. The northern city of Evans, located along the South Platte River, is one of the most resilient and enticing of them all.
~
Founded in 1867 with a modest population of 400, Evans now has over 22,000 residents and is the second largest city in Weld County. Located south of Greely at U.S. Highway 85 and U.S. Highway 34 connecting to Denver and Nebraska, Evans is home to the University of Northern Colorado, and is only an hour’s drive to the Denver International Airport. 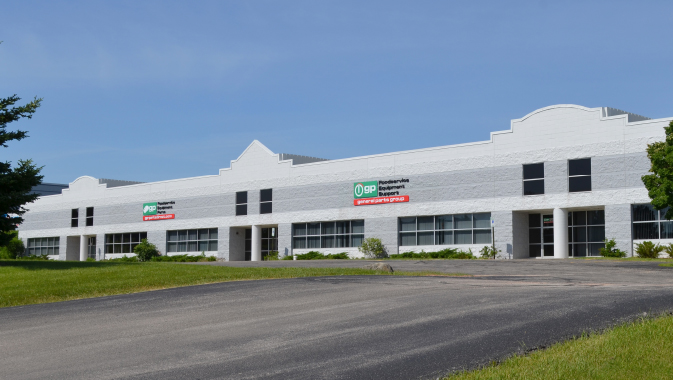 A Service and Repair Company that is Anything but General

As long as machines have been used to automate work, there has always been and will always be a need for someone to fix them when, at some point, they inevitably break down. Back in 1939, in Minneapolis, Minnesota, some skilled repairmen understood that need, and so General Parts Group was founded.
~
Initially, General Parts Group focused primarily on domestic appliance warranty and repair work for such items as toasters, blenders, and the first electric shaver, but when a tornado almost destroyed the building in the early 1980s, the company took the opportunity to branch out and leave domestic repairs behind, turning its focus completely to the commercial market.

The FRED Way – Exceeding Expectations on all Fronts

Fiduciary Real Estate Development – or FRED, as the company affectionately refers to itself – is a real estate development and property management company that was founded in Wisconsin in 1985 by a group of friends and businessmen who were looking to diversify from the securities industry into real estate. They began by buying twenty-unit to... 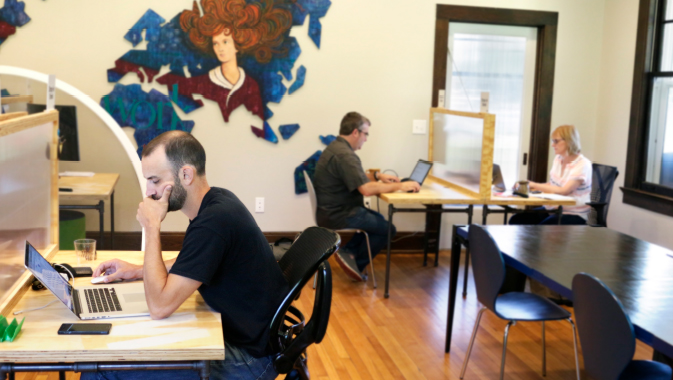 That #KanDo Mentality That Can Only Mean Success

For almost 15 years, the Kandiyohi County and City of Willmar Economic Development Commission (EDC) has been working hard to serve as a catalyst for economic growth in its region. In 2017, Business in Focus took a closer look at this dynamic organization and all of the great initiatives the EDC was working on in partnership with other sectors to make the City and County a vibrant and attractive place to live and do business.
~
Now, #KanDo is the new Vision 2040 hashtag to bring attention to events in the Willmar Lakes Area this summer. #KanDo for business and economic development supports the success of the Kandiyohi County area. 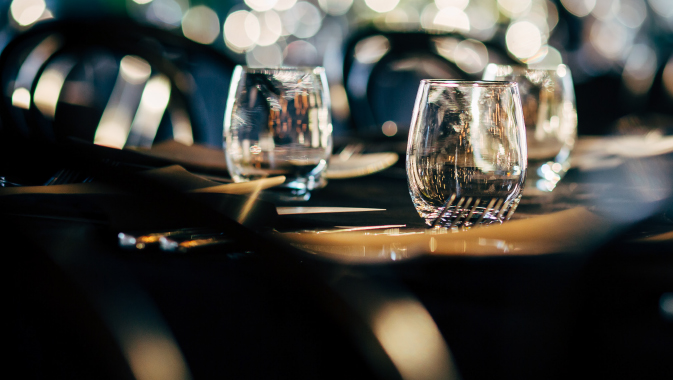 Simply the Best by Design

Let’s face it – no one likes to wash dishes. Not in small quantities, and certainly not in large. It’s easy to get careless and break a dish, and it’s difficult to ensure dishes are properly sanitized when they are washed in the sink.
~
That’s what prompted Josephine Cochrane, a wealthy socialite who was tired of her antique china getting broken by her servants, to develop a dishwashing machine that would prevent that from happening any longer. 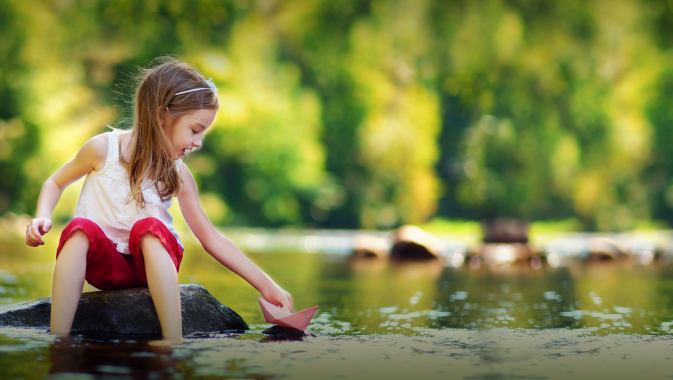 Fields of Dreams in Enfield Connecticut

The Town of Enfield, Connecticut, comprising Enfield, Thompsonville and Hazardville, is a small suburb located in Hartford County, north of Hartford, Connecticut and south of Springfield, Massachusetts. Named for Enfield Town in Middlesex, England after the three areas merged, the region was well-known due to Colonel Augustus George Hazard, whose company manufactured gunpowder in the Powder Hollow area of the town from the 1830s to the 1910s, and was the largest producer of munitions during the Civil War.
~
The Town itself is only 33.8 square miles and has a population of approximately 46,000 people, but it is the commercial and residential hub of the Hartford-Springfield interstate region, an integrated economic area that straddles the Connecticut-Massachusetts border. 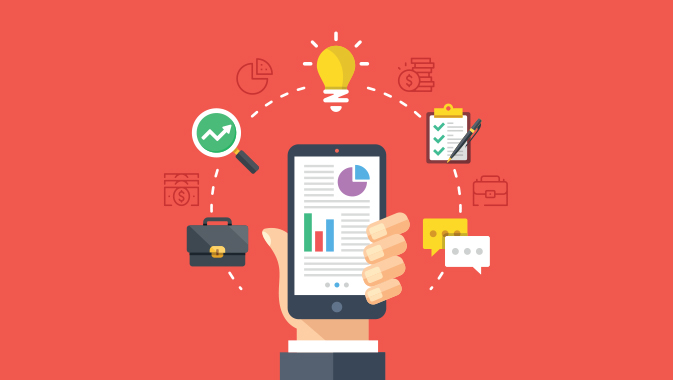 Nearly Two Decades in the Making

In 2000, I began working in marketing for a software development company that was designing applications for the Palm™ handheld computing device that were set to revolutionize the consumer packaged goods industry. At the time, mobile phones were just used for making phones calls, and BlackBerrys® were the “cutting edge” device that allowed users to text…
~
The Palm Pilot however, would offer applications that would enable a workforce that traditionally collected its information on paper out in the field to streamline its efforts by inputting the information they needed into a handheld device, which would then be uploaded directly into a database. This would save time and money by eliminating the extra step of manually entering the info collected into a desktop computer or laptop from home or a hotel room while on the road.