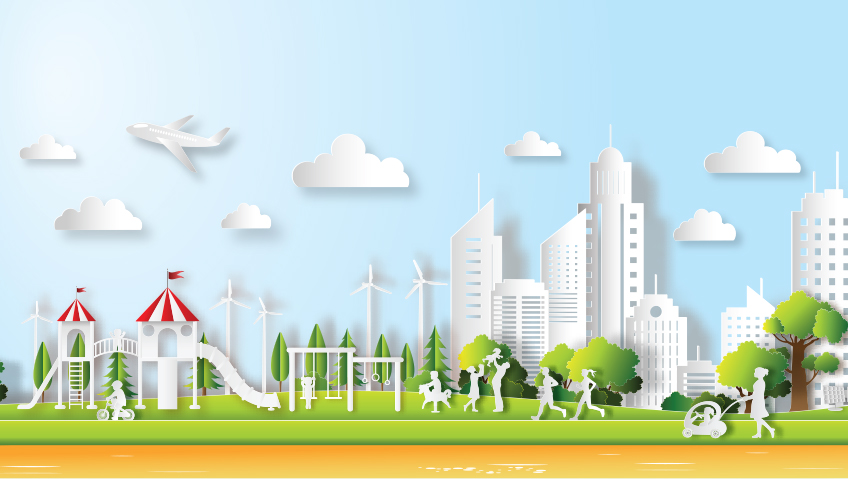 It’s an exciting time in Green Bay, Wisconsin, a city that has been successfully redeveloping in ways that so many cities struggle to achieve – paying homage to its industrial past while focusing equally on the needs of its environment, its residents, and its business community.

Thanks to the location of Green Bay on the Fox River and the infrastructure that grew up around it, such as the Port of Green Bay – a feature of the city and a great economic boon to logistics and connectivity – business and industry have thrived here for centuries.

“Existing companies are moving their products because of the Port of Green Bay and the rail connection in this area. They are doing so because of interstates in this area. Green Bay has been, and will continue to be, very well positioned for transportation and logistics,” says Neil Stechschulte, Community and Economic Development Director for the City of Green Bay.

Industry isn’t the only thing growing in Green Bay, which is posing a bit of a challenge. According to Stechschulte, “As the demand increases for residential, there are companies that want to relocate to be able to operate, expand, and grow, and have the room to do so in an industrial environment that doesn’t conflict with residential growth.”

This is why Green Bay’s industrial infrastructure and sites, like the I-43 Business Park, are being expanded – to address the growing demand for transportation, logistics, and other industrial growth, while ensuring that the housing and quality of life needs of its residents are being met in the city’s downtown. There, a number of former industrial sites are ripe with opportunity for redevelopment.

Unique new crossroad
What is interesting about the city’s redevelopment journey is that it is at a unique crossroad: there is an imperative to reconcile the city’s industrial past and the needs of the present.

A recent housing-market analysis shows a demand for housing stock across the income spectrum. Categories in the city’s downtown include single family, mixed-use, and multi-family projects in particular.

According to Stechschulte, “A lot of the focus still remains on the downtown core, on rebuilding and re-establishing that largely industrial riverfront – which it was, for a large part of its history. [Now, we’re] forming it up to be a diverse and active residential area, mixed in with commercial and industrial uses that have been here since the founding of the city.”

A multimillion-dollar development has been approved for an existing city-owned parking lot. Construction is expected to begin before the end of 2022 on the five-story project that will add 172 new market-rate apartments and 8 town-homes to the housing market. The project includes a grocery store and retail space.

Projects are also taking shape in the Shipyard district, a community in Green Bay’s West Side. City Council has approved a development proposal on the northern 5.5 acres of a 16-acre former industrial site for a 225-unit market-rate apartment project.

Merge Urban Development will oversee the $21 million investment. It will include two four-story mixed-use buildings that will be home to residential units, 4,000 square feet of restaurant and retail space, and parking. Construction should begin in early 2022 and be completed by 2025.

The project is expected to kickstart development of parks and trails in the area, as the city is responsible for public amenities such as multimodal paths, floating docks, kayak launch-sites, a plaza, and related infrastructure for the project. The phased approach will begin with waterfront and street improvements, followed by lawn and park improvements, and final use plans that will bring a new sense of life to the community.

Collective success
The Shipyard district is becoming an increasingly vibrant community, one that is coming together to impart positive local change. Recently, over fifty businesses in the area formed the Shipyard District Inc., a non-profit organization dedicated to revitalizing and promoting the district to create cleaner, safer spaces that are attractive to both commercial and residential development.

This is just one of the many collective efforts that are contributing to Green Bay’s economic vitality. The business community, in particular, has shown great energy and resolve. In part, that’s because there are countless resources and networks available to support success, but also because countless local, regional, county, and state organizations are part of this vibrant local economy.

The Tundra Angels is a funding group that began with a handful of investors. During the pandemic, when businesses were most in need of support, the organization doubled in size and activity, and there are some really great ideas coming through that pipeline.

The same can be said about The Urban Hub, an effort of the Greater Green Bay Chamber of Commerce in partnership with New North – a regional economic development organization – with the support of public and private funding streams.

One of the programs at The Urban Hub, The Blueprint, is a new initiative, focused on minority-, women-, and veteran-owned businesses, that strives to improve access to the entrepreneurial ecosystem through a business-accelerator program.

The Blueprint Green Bay Business Accelerator is located at The Urban Hub’s co-working space in the city downtown. It targets new, scalable technology, e-commerce, and advanced manufacturing businesses, assisting them through ideation and development.

“The next big local company has just as much of a chance of coming out of The Urban Hub as it does anywhere else in the city,” Stechschulte says, noting that larger projects also tend to be developed using the resources at TitletownTech.

TitletownTech is an innovation center that springs from a partnership between the Green Bay Packers and Microsoft to develop technology-enabled ventures and digital innovations that will diversify the local economy.

A river runs through
Changing demographics in Green Bay have brought a shift in thinking, with the Fox River at the core. Once a polluted, unauthorized, industrial dumping zone, a great deal of effort has gone into revitalizing this natural asset to the advantage of the city, beyond its role in transportation and logistics.

As a result of the collaborative efforts to rehabilitate the river, Green Bay has seen countless bird and fish species return to its waters. It also serves as the foundation for tourism growth, as people once again are drawn to the river for recreation, including world-class fishing.

“It’s one of the largest freshwater estuaries in North America and we’re looking at establishing some federal research centers to monitor and preserve that ecosystem. We are seeing the city and the companies in the area really starting to embrace this area as a natural resource that needs to be protected and maintained,” says Stechschulte.

118 years later
One of the most significant projects planned for the riverfront is the relocation of coal piles owned by C. Reiss Coal Company, which has operated from the site since 1904. What has long been only a topic of discussion is now being set in motion.

The project finally made headway when Brown County purchased the former Wisconsin Public Service Pulliam Power Plant property, which stands 2.5 miles north of the existing site and will be a suitable new home for the coal piles.

As well as county support for the move, the project is also gaining state and federal attention. Recently, the Wisconsin State Assembly approved $5 million for the relocation project, a bill that still needs to be passed by the Senate and signed by the Governor.

The funds are from federal COVID relief and are contingent upon conditions relating to water quality and environmental control expenses. Unfortunately, $5 million represents only a fraction of the cost to relocate the piles, but it is a step in the right direction.

A place for all
Projects like these are reminders of Green Bay’s success in balancing economic and community growth with environmental stewardship. The city has not turned its back on its industrial beginnings, but has found a way to promote the interests of residents, businesses, and the environment in a symbiotic relationship that benefits everyone and everything in Green Bay.

Building on this strategy, and looking down the road, there is room to grow, and the city will continue to identify opportunities for development and redevelopment, ensuring a place for both residential and industrial growth, and prosperity for all.