A Dynamo in the Dairy State 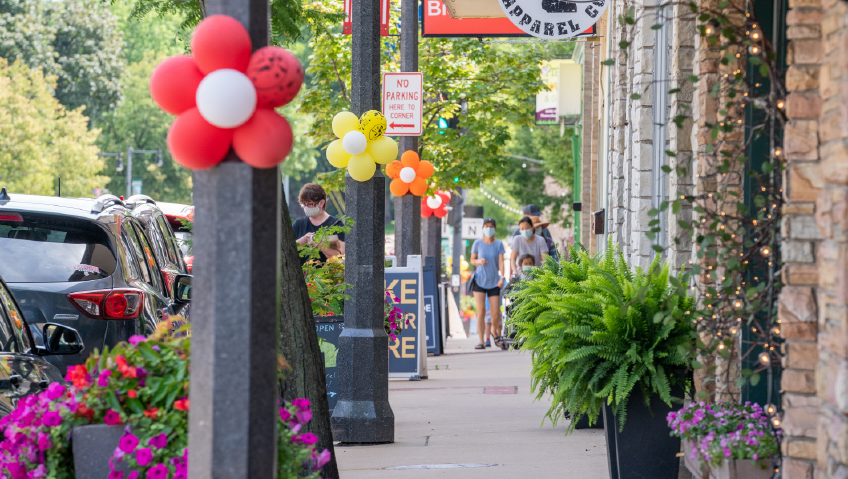 As communities across North America adapt to sweeping economic and demographic change, it is more important than ever to identify communities that provide new opportunities while retaining small-town values. Just ten miles north-east of the state capital of Madison, the rapidly-growing city of Sun Prairie, Wisconsin offers ready-made infrastructure, economic incentives, and a can-do attitude that help make this a thriving community.

Founded as a Madison farming suburb in 1837, Sun Prairie was formally incorporated as a city in 1958 and has seen steady growth since then, boasting an estimated 35,000 residents as of 2019. A boom in industrial production, first begun in the 1960s, continues today through a diverse industrial base.

Today, the city enjoys steady expansion while keeping its charm. Far from being enveloped by the Madison area, it has claimed a strong identity of its own. “Sun Prairie is all heart. The love that people have for this growing community – from newcomers to lifelong residents – makes it feel like a cozy town instead of a city that has record housing and commercial development growth year over year,” remarks Economic Development Director Taylor Brown.

Through a combination of a lower cost of living and its proximity to Madison, the city attracts residents from across the nation. Publically-owned power and water utilities keep development costs low; while cutting-edge fiber optic internet helps area businesses remain competitive in a global economy.

One of the most visible amenities is easily accessible, high-quality education, which Brown describes as “unmatched.” With a new high school currently under construction and the previous one completed in 2008, the district is able to serve a young, growing population. Despite the rapid growth, the town has not lost sight of its roots. “People stay because Sun Prairie is the biggest small town,” Brown explains. “You get all the perks of the city, close grocery stores, and amenities, but then you also have a historic downtown area, and close-knit neighborhoods that help provide that ‘small town’ feel. When you can live in a community that has both, as it is located next door to Madison, why would you not want to live, work, or play here?”

The downtown area is bouncing back in the wake of a tragic 2018 gas main explosion that rocked the community both literally and figuratively. Sun Prairie is working to redevelop the area with new offices, apartments, and restaurants to keep the downtown bustling. Ground was broken in June 2021 on a new, three-story, 15,000 square foot mixed-use development by one of the property owners who lost his business, which was made possible through the town’s own leadership and the Wisconsin Economic Development Corporation. A newly designated tax increment financing (TIF) zone in the downtown area hopes to further incentivize businesses to the downtown area.

New businesses flocking to Sun Prairie are part of its evolution into a high-tech powerhouse. Biotechnology is a mainstay industry, reflecting its heritage as a farming community and closeness to the University of Wisconsin at Madison, which works with the town to test new agricultural technologies. But like many towns across the Midwest, the town benefits from an influx of residents leaving high-cost areas for greener pastures and bringing their skills with them.

Brown pays tribute to UW Madison’s gaming program, which aside from its obvious value to entertainment also gives graduates vital skills in the ‘gamification’ of modern business, which can then be applied across a variety of sectors. As an example of this, she cites Continental Mapping, recently named to Inc. Magazine’s list of 5,000 fastest-growing companies. Using geospatial analysis and advanced LiDAR technology, the local company is helping produce advanced two-dimensional and three-dimensional geospatial models usable for the telecommunications, transportation, and utility sectors, among many other possibilities.

Even with pandemic-induced telework drastically altering the state of the average workplace, Brown says that these high-tech industries still need brick-and-mortar offices. “It’s a mix of old and new,” she says. As an example, Milwaukee Tool, which operates a subsidiary in Sun Prairie, last year completed a 60,000-square-foot, $7.5 million expansion to its local office last year. The company plans to create 870 new jobs across the state by 2025.

Low-tech industries are also receiving high-tech upgrades. Madison-based Quarra Stone, a globally-recognized importer of rare Swiss Vals quartzite, will be relocating to Sun Prairie. The company uses advanced technology to precision-engineer each piece, while honoring the traditions of hand-cut details. “Quarra has worldwide clientele,” Brown states, “and this new location will showcase their incredible innovations in stonecutting.”

Sun Prairie has experienced these expansions even in the midst of a pandemic, further showcasing its attractive amenities and quality of life. “We have hit record numbers of single-family building permits,” Brown reports of construction last year, observing that 2020 was one of the best in that industry. “We’ve prided ourselves on moving development through quickly, and I think, somehow, the pandemic made us faster.”

The community, like all communities, relocated its services into the digital world, offering easily navigable permit application software. This, Brown points out, has helped streamline construction progress and limit red tape. “It’s still easy to work with Sun Prairie,” she says.

It is said that a community’s mettle is most visible during times of crisis, and Sun Prairie’s citizens clearly stepped up. Brown relates examples of a local pizzeria providing free meals for the unemployed multiple times per week, and other non-profits such as the local Boys and Girls Club volunteering to pick up the slack when local businesses suffered. Brown says these examples, only two of many, further exemplify area’s atmosphere of neighborly care and selfless service. “Everyone was willing to try new things and jump into action when needed,” she says. “It’s been nice to see the community support.”

While the town has changed to deal with COVID-19, it is focused on the future. Even as most communities were locking down in early 2020, its tourism commission completed an intricate tourism and event feasibility study to ascertain resident needs. Particular attention was paid to the local corn festival, an annual August event dating back to the 1950s.

A feasibility study might sound inappropriate in the midst of a pandemic, but Brown says it shows Sun Prairie’s look forward. “It’s easy to just function at a status quo level,” she says, elaborating that the study has resulted in new community developments to increase amenities and attractions such as community concerts, and an expansion of its public park system, opening its first splash pad in June 2021.

Additionally, a housing needs assessment study, commenced in early 2021, is helping to ensure development remains steady through a sound housing strategy. “The information we hope to gain from the final analysis will allow staff to provide developers with information on what types of housing are needed and at what price points,” Brown says. As building costs and rents rise, it is more imperative than ever for workers and their families to have affordable housing.

While rapid development is bolstering Sun Prairie’s growth, transportation is a concern. As so many workers shuttle to and from neighboring Madison daily, the town is investing in more mass transit connections. A new Bus Rapid Transit (BRT) line will connect the two areas in 2024. “There are still a lot of moving pieces,” Brown admits, “but the commitment has been made, by the city and by Madison Metro, to do this.”

Finally, the town is hoping to expand childcare options, an issue identified by many employers as an impediment to getting workers back in the office in a post-pandemic future. It is engaging with business leaders to explore childcare options for parents who need traditional childcare hours as well as for those who work second and third shifts. “Later this fall we plan to host a round table with local businesses to understand the issues specifically related to childcare, and then brainstorm solutions,” Brown says.

As Sun Prairie looks to the future, its growth is staying on track. A range of industries now call the town home, thanks to its many amenities, lower cost of living, slower pace of life, and community-centric mindset. With new public and private initiatives to keep growth stable and address the challenges of the future, Sun Prairie is poised to continue seizing the opportunities presented by a rapidly and radically changing world.