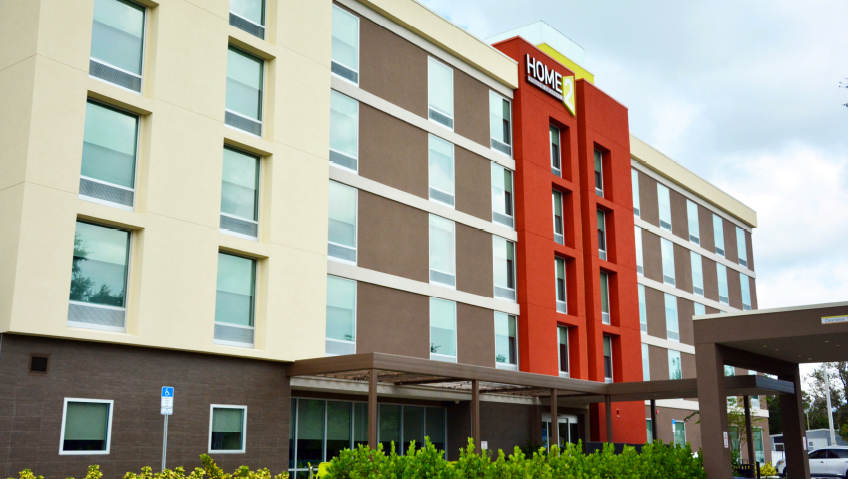 The City of Largo enjoys a prime location nestled between the sunny shores of Florida’s Tampa Bay and the Gulf of Mexico. “We are located close to a lot of great things,” says Mayor Woody Brown. From water sports, fishing, nature preserves, and amusement parks to museums, NFL football, and aquariums, the surrounding area has it all.

And Largo residents do not have to cross the bay to find plenty of world-class amenities. Within the City limits, residents and visitors can take advantage of 640 acres of parkland, an aquatic center, a community center, recreation complexes, a performing arts center, a golf course, a nature park, lighted tennis courts, community sports leagues, and much more. These amenities, mild climate, and waterfront location allow residents to live a vacation lifestyle all year round. “I spend a lot of time here out on the water [doing] all the things the tourists come here to do,” Mayor Brown says.

Largo delivers plenty of business opportunities in addition to a high quality of life, and the City government makes it a point to provide a business-friendly environment free from stifling regulations. “We largely set the deck and try to get out of the way as a city government here,” Mayor Brown says. “We try to make it a great place for businesses to relocate and flourish or grow start-ups.”

The City offers plenty of support while allowing businesses the freedom they need to operate successfully. “We’re a good-size city—around eighty-five thousand population—so we’re large enough to be a full-service organization and have a good level of sophistication, but at the same time, we’re still small enough to be responsive and be accessible to both our residents and our business owners,” says City Manager Henry Schubert.

Largo is in the midst of ongoing redevelopment that will further improve the quality of life and will provide additional business opportunities. “We’ve got some really exciting projects downtown,” Schubert says. The City government is in the process of designing a new city hall that will be “much more than just a city hall.”

Approximately 80,000 square feet of the multiuse project will house City Hall, while close to 20,000 square feet on the first floor will contain leasable commercial space. There will also be outdoor community gathering spaces and a parking garage that will accommodate over three hundred vehicles.

“The idea is that this isn’t just a city hall that’s open from eight to five and closed in the evenings and on weekends, but there are activities there and restaurants and retail shops and other gathering places for people,” Schubert says.

The City is currently in discussion with a developer to build a 280-unit apartment complex with around 15,000 square feet of commercial space adjacent to the City Hall project, and, a 16-unit, three-story townhouse development is currently under construction in the same area. This focus on mixed-use development is intentional.

“We are focused on our activity centers in the City to encourage both residential [and commercial] development at a higher density and intensity than the rest of the City,” Mayor Brown says. “A lot of our city is the suburban, typical Florida format, but in our activity centers, we are encouraging higher density and mixed uses. We’re looking for and encouraging business growth in those areas so people can live, work and play in one area.”

Major companies have taken notice of Largo’s advantages and have set up shop in the city. One notable example is Ensurem, one of the fastest-growing companies in the nation, which opened a new headquarters in Largo in May of this year. The insurance brokerage firm employs around 200 people at the headquarters.

Largo already boasts a strong manufacturing sector and is rapidly attracting technology firms. “We have really started to develop a little bit of a technology hub,” the Mayor shares. Tech giant Tech Data recently underwent an $8 billion merger with Synnex. The company is now known as TD Synnex and is located within Largo’s City limits. “They are a Fortune 100 Company, the largest company in the Tampa Bay region as far as employment and gross revenue.”

The City government worked hard to meet the challenges that the COVID-19 pandemic brought. Its team pushed through difficult times to increase efficiency and make services more accessible, which will continue to benefit residents and business owners long after the pandemic eases.

“COVID-19 has certainly made us more nimble as a government, as an organization,” Mayor Brown says.

For example, the City government has switched to virtual meetings when appropriate. “It’s made the whole process a little bit more efficient with the ability to be at a Zoom meeting if it’s just a quick meeting, rather than driving to City Hall,” Mayor Brown points out.

Economic Development Manager Karisa Rojas-Norton adds: “We were able to pivot and provide neighborhood information meetings online. We moved over to virtual meetings for several of our boards. All of our predevelopment review application meetings with developers and business owners we took online.”

Going online with City permitting is another good example of how the City stepped up to make it easier for residents to access services from afar. “We were very gradually moving in the direction of online permitting,” Schubert says. “When COVID came along, that speeded up the process very much, so at this point, you can pretty much apply for all permits online.”

These efforts played out throughout all City departments, from the Largo Library to the Recreation, Parks and Arts Department, which opened up mobile recreation services to better serve residents directly in their neighborhoods. “We had some great systems in place because our City Commission and Administration were very forward-thinking and made sure that we had all the technology needed to ensure that we were able to successfully meet the needs and demands of the residents,” Rojas-Norton says.

Transplants are attracted to the region, so the City recognizes the need to plan carefully for the increasing population. “People are moving to Florida whether we do anything or not, so we want to move that growth into Largo wisely,” Mayor Brown says. The City has a clear, strategy to achieve this.

For starters, Largo will become more walkable. “One of the parts of transportation that’s really lacking in Florida and in Pinellas County is pedestrian connectivity, so we work hard to do that,” Mayor Brown says. “We’ve taken great strides in the last several years to connect gaps in our sidewalk network to create urban trails… And [we] continue to work on some really great projects to connect our high-density activity centers with pedestrian access that is safe.”

Promoting inclusion is another key focus. “We’re making strong efforts to reach out to all segments of our community,” Schubert says. “Our community is becoming much more diverse in terms of everything—age, race, and ethnicity. We’re making a strong effort to try to engage everybody in the community, to ensure they feel welcome, that they feel included as part of the City government and they are aware of all the services that we have to offer.”

City leaders are also considering the environment as they plan for the future. “One of the other areas that the City has incorporated into the strategic plan is focusing on sustainability and resilience,” says Rojas-Norton. “It’s so important that we include these priorities in all of our planning and actions, including looking at our existing activity centers, our codes, our City services, to see if there’s an opportunity to update processes and include resilience measures… It’s a huge opportunity to ensure resilience.”

The team is eager to make Largo a great place to work, live, and play for coming generations. “[We are] focused on a long-term perspective, so when we make investments, whether it’s in new buildings or new programs, we’re looking at not just the impact in the next four years, five years, or even ten years, we’re looking out beyond that,” says Schubert.

Mayor Brown summarizes, “Our vision as a City is to be the community of choice in Tampa Bay.”