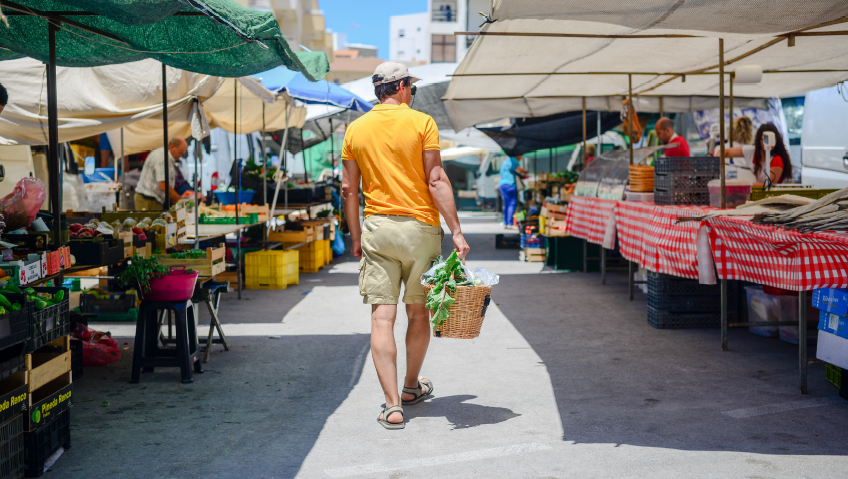 We’ve been through a lot. COVID took pretty much everything we’d taken as normal for decades and turned it all on its ear in little more than a couple of months – and kept things that way for two years.

Since the 2020 onset of the pandemic, the cost on the world economy has been almost beyond calculation. One way to think about it is what progress might have taken place had COVID not happened. World Bank GDP projections before COVID had the global economy set to expand at about 2.5 percent in 2020, bringing the world’s economy to about $86 trillion.

Instead what happened was that the world’s economy contracted by 4.3 percent in 2020. When compared to what should have been, it’s a lot worse – the difference is more like a 6.6 percent loss of GDP. That adds up to about $5.6 trillion lost.

The only comparable impacts to COVID were the Great Depression and the two World Wars.

And these enormous numbers pale against the toll on human lives. The World Health Organization has the number of people infected with COVID at 458,479,635 confirmed cases and out of that number 6,047,653 people have died from the virus. This number is now starting to approach about half of those who died in World War I.

While these numbers are staggering and we are reeling from the destruction the virus has inflicted, we are also left with questions. What comes next? What will the new normal look like?

To be honest, these questions are almost too big to answer. Countries in the west are lifting mask mandates and lockdowns have not occurred for some time. People are also starting to show more optimism that the worst of the pandemic is over.

The Pew Research Center asked experts from a wide range of fields including government bodies, non-profits, technology, and think tanks what they think what life may be like in 2025. About 86 percent of respondents said it will bring some kind of change and most of those felt that digital life will continue to evolve, bringing both good and bad. But with that said, 47 percent said that life would get largely worse, while 39 percent said they thought things would be largely better.

When it comes to technology, farming, construction, education, healthcare and power generation, these are sectors that will continue to tilt and thrive.

The truth is, we are really just starting to pick up the pieces left by this pandemic. So maybe a good place to start is thinking about the some of the basics. Are the changes that occurred during the pandemic going to continue? Will we go back to stores or continue to shop online? Have we changed the way we think about money? Will people go back to the office? What about getting around on public transit or traveling for vacations? And how do we feel about getting together, whether it’s going to a ballgame or conference for work?

In a lot of ways the pandemic ended up being a big accelerator of trends that may have been just starting to take off. For instance, online shopping was trending up by 2019 but now more traditional brick and mortar stores are on the decline and delivery trucks are stopping everywhere to propel cashless, online shopping.

People quickly jumped on their devices to go shopping when COVID struck. Sheila Santana, an assistant professor at the Harvard Business School, noted the substantial change in the way businesses work and how their customers interact with them, namely the abandonment of using cash. After the initial shutdown from the pandemic in 2020, in Santana’s words, there was “an enormous jump in the percentage of U.S. retailers that were effectively cashless.” Cashless means that transactions were conducted through credit, debit, or mobile. In March of 2020, about eight percent of businesses were cashless; just one month later in April that number jumped to 31 percent.

Things have also changed in terms of where people make their money. During the pandemic about 89 percent of people who could work from home did just that, either full-time or in a hybrid format.

Now, as employers try to cajole people back into the office, many companies are rethinking how to use the traditional office space and are weighing the actual advantages of having everyone there all the time. Finding the balance for everyone may be a real challenge. Companies are going to have to rethink what work looks like for people, especially as they try to recruit and retain talent that has gotten used to working in their sweatpants from home or other remote locations.

Beyond the day to day activities of work, after two years of COVID it’s also hard to imagine things like sales conventions again. Telling someone that they have to go to a large event may make them think twice.

Joanne Dennison, adjunct professor at Boston University’s School of Hospitality and Meeting Planning, thinks that large events will work differently than they did in the past. “I think almost everything will have a hybrid component,” she said to BU Today. “They may not have the 3,000 or 5,000 people event; maybe they’ll do east coast and west coast events. I foresee people being reluctant to go to meetings that involve many people.”

Hybrid components also offer the advantage of casting a wider net. People who wouldn’t want to travel to take in an event will likely be much more open to signing up for conventions that are shared over the web.

The large events that have bounced back the fastest have been entertainment-based and held outdoors. That has favoured festivals and open air concerts. In 2021, Garth Brooks had the fastest sell-out of a stadium, with 50,000 seats in Utah’s Rice-Eccles stadium selling out in less than 30 minutes.

And the same goes for sporting events. While there are some mixed results over various leagues, there was a pent-up demand for sports and not a lot of concern for the numbers in a crowd. For example, attendance for Michigan University football averaged 108,763 fans in their 2021 NCAA season. Super Bowl 56 at SoFi Stadium in Los Angeles was held in the same way it was before the pandemic, a sell-out stadium at sky-high ticket prices.

What may change is the way things happen in the stands. Why can’t people order their food using their phone, or for that matter know when the bathrooms are not full? Not only would these changes enhance the experience, they can also reduce the amount of close contact – even at an event with thousands of people in attendance.

One of the industries that took it on the chin during the pandemic was transportation. Whether it is public transport or vacation travel, people stayed home in droves. It was so bad that at the low point the New York Subway ridership was just eight percent of what it was before the pandemic.

Coming out of the pandemic, public transit is facing a number of hurdles, from shrunken revenue to low ridership and difficulty attracting new riders, and it remains to be seen how people’s travel patterns will change based on how much they have to go to an office, or even go out to get groceries like they have in the past.

But people do want to travel, even if they are starting off cautiously. In a CNBC article, Tripadvisor spokesperson Elizabeth Monahan described how people get back into traveling. “Tourism recovery typically begins locally. Travelers tend to first venture out closer to home, and visit their local eateries, stay local for a weekend getaway or travel domestically before a robust demand for international travel returns.”

What is probably a good bet is that contactless check-ins are likely here to stay as more companies invest in the technology behind both bookings and travel.

And when we get to our destination, accommodations may look different as well. Traditional hotels may begin to look more like private villas, booking entire floors at a time with staff monitoring common areas like pools. The rooms themselves may sit unoccupied for several days while they are disinfected, so hotels may have to rethink their model. And peer-to-peer accommodation sites are showing trends that people are booking for longer-term stays.

These changes really just scratch the surface. We are only starting to see what the post-pandemic world will be like. We can hope that despite all the bad things that happened over the past few years, we can keep some of the good things that we learned during this unprecedented time.