The Real Place Where Everybody Knows Your Name 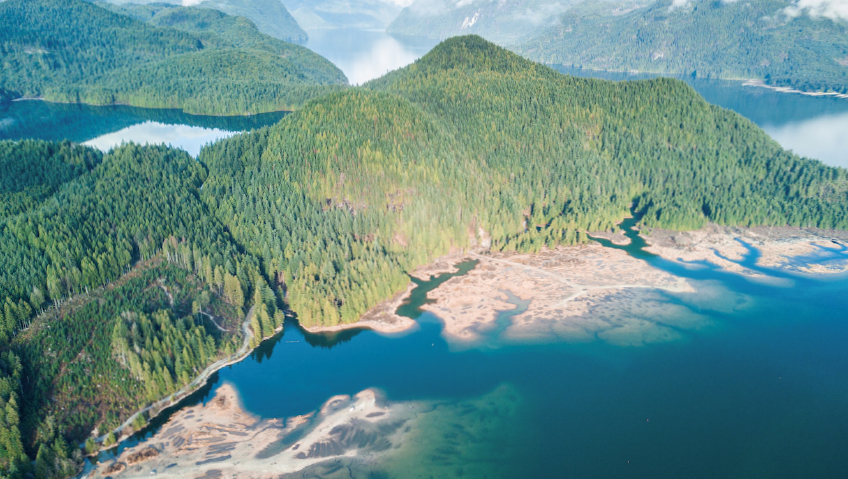 As the familiar real estate saying goes: location, location, location. The City of Mission, British Columbia has a prime location and a lot to offer businesses and individuals looking for natural beauty and a great community vibe.

Perched on a southern coastal mountain slope, overlooking the Fraser Valley about 70 kilometers east of Vancouver, and not much more than a 15-minute drive from the Washington state border, Mission is really the best of all worlds. With proximity to major centres in North America and some of the most spectacular great outdoors surrounding it, there is a lot to love here.

Mayor Paul Horn should know. He grew up in Silverdale, a rural community within Mission, and he currently lives across the road from his father on property that has been part of the family homestead for generations.

“It’s the kind of place where everybody knows everyone and says hello,” says Mayor Horn, who owns a management consulting company and served on council for two terms between 2005 and 2011. “You run into someone you know and end up chatting for 20 minutes.”

In Mission, there’s no such thing as a quick errand—and that’s part of the charm.

The city of about 40,000 was founded in 1892 on the land originally inhabited by the Stó:lō (People of the River) First Nations people. Since that time, Mission’s 100-plus years of history has a lot of color, including being the first rail link between Canada and the United States, as well as being the site of Canada’s first train robbery.

Since the earliest days, the community’s commerce and development has been intertwined with the river valley in which it’s located, including having one of the earliest hydroelectric dams on the Fraser River and one of oldest known First Nations archaeological sites in British Columbia.

Now, in a world that is increasingly focused on sustainability for both the environment and people, the city is undertaking a large development plan, just recently adopted, for Silverdale to create a community that balances business needs and affordability for residents, while keeping its natural beauty at the heart of things. The current phase of the development is called the “Central Neighbourhood.”

“We are working closely with our Chamber of Commerce and other business organizations on a joint servicing agreement where we have community partners who help us to support businesses here,” says Mayor Horn.

“I learned years ago that it’s just as important to try and help a business stay here and expand as it is to attract new businesses. We want people to know that we’re working hard on providing the resources and partners to meet their business needs, whether finding appropriate lands, navigating land-use processes, or co-marketing.”

He is also committed to working with businesses, whether new or well established. If they want support from city hall, they’re going to get it.

The planning goal of the Central Neighbourhood is envisioned as a mixed-use, walkable community linked together through a network of public parks—all within a five-minute walk of each home. It is also meant to be a diverse neighbourhood with a range of residences that promotes affordability as well as access to nature and business.

And Mission is well suited to both businesses and residences that take advantage of the natural topography. In fact, more than 40 percent of its territory has been preserved in the form of parks and a large forest.

“The other thing we thought about that’s amazing is the little nodes within each community. So there’ll be opportunities for public use like schools and daycares and sports fields, as well as local businesses, coffee shops, and banks in these walkable nodes within the community.” The aim is more foot travel and far less carbon footprint.

Of course, keeping the city’s expansive, 296-acre waterfront safe and clean is crucial to the city, as it is front and center in Mission’s future, and a significant economic driver.

“The waterfront is huge,” says Mayor Horn. “There are some very large parcels in particular, just shy of 90 acres, that are actually on the market. One of the greatest things is that about a third will be available to people as civic spaces with access to the waterfront in a recreational way, as well as mixed-use developments where we can have pubs and restaurants and stores along with some higher density living.”

Along with the Silverdale Central Neighbourhood Plan, Mission’s Waterfront Revitalization Master Plan was recently adopted as well, two moves that represent a significant milestone for the community. At present, Mission’s waterfront is the largest underdeveloped waterfront in the Lower Mainland. The city, looking to change this and to set the stage for future revitalization, undertook an 18-month planning process grounded in technical analysis, financial feasibility, community feedback, and insights drawn from the best waterfront revitalizations around the world.

The Master Plan “envisions the waterfront coming together as a place for jobs, a new urban heartbeat, and a way to connect with nature right in the middle of our city,” said the Council in a media release. The Plan lays out a path that features strategies for future land use, open spaces, and mobility, and aims to develop parks, bridges, and beaches that integrate the waterfront into the city’s downtown and add to the mix with retail, businesses, and of course, the charm of nature that will run through it all.

“The completion and adoption of these two plans is huge for us and the region, and will empower the next council to begin implementation in both areas,” says Mayor Horn. He has been mayor of Mission since May 2021, and as someone who lived in the city most of his life, his work with the city stems from his own firsthand experiences.

“I started because I was concerned about smaller things. At first, it was a dog park in my neighbourhood. Then it was about planning in the area where I’d grown up. It’s about what’s going help the community as a whole. And instead of just picking one thing or another, I felt much more comfortable thinking about giving everybody a voice in building the community.”

An important part of ensuring a community is set up to succeed for the long term is good governance. The city council has taken steps to make Mission work from the grassroots up.

“It was important for us to improve civic engagement. And going through COVID, we had to be creative in terms of how to engage with people. So we’ve used tools like Facebook Live for town halls,” says Mayor Horn.

“We also have council coffees where once a month we go to a local coffee shop and people can come and sit with a group of councillors on a regular basis.” The City also hosts a series of “Community Conversations,” opportunities for themed and facilitated discussion between residents and town administration. People have embraced them and have asked the council to expand on both formats for an ongoing and less formal way to look at issues facing the city.

Coming together to get things done and take care of each other has always been a big part of how Mission runs, in good faith and with good practices.

It was especially true earlier this year when the Fraser River flowed over. “It began to flood further up the river. A whole bunch of debris, including things like full propane tanks started floating down,” says Mayor Horn.

“We have a strong community of people who work on the water, including recreational fishing guides and others. And before anybody even asked, they were zipping up and down the river rescuing people who were stranded up in areas where they couldn’t drive out. They took their boats on the river to get them. They even started rescuing cattle from the flooded prairies.”

Beyond saving cows and people, locals pitched in to gather potentially dangerous debris, filling dumpsters to help get the community back to normal sooner.

It really is this combination of looking forward and planning a sustainable future, while keeping that spirit of being in it together, that sets up Mission for what will come next. There’s a lot of pride in conjuring up the kind of progress that offers more for both residents and businesses.

Mayor Horn sums up how this community approach will continue to shape his time as mayor: “Every organization is a community, and every community is an organization. And if you understand those two things, you understand how to make community work effectively together, and you accomplish much more. So you might be in a private enterprise, or you might be a group of lacrosse people, or you might be city hall. But at the end of the day, you have to take care of the people that you’re working with and that you’re working for.”