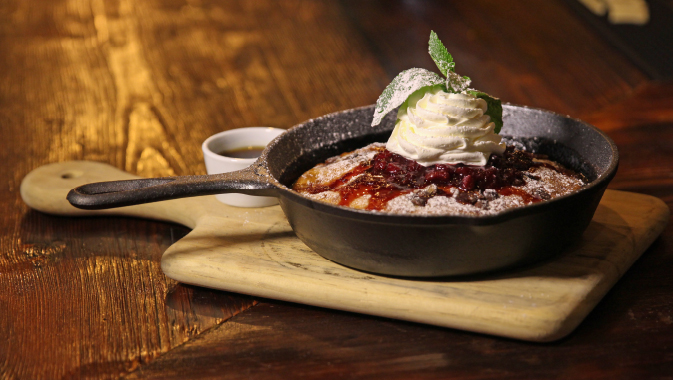 The Pig ‘n’ Whistle Group has been serving up good cheer, great food and drink and friendly service at a series of Irish-style pubs and restaurants for decades. The group operates thirteen locations in total, a dozen in Manhattan and one in Dublin. While these locations vary in décor, menus and ambiance, they aim to blend old-world Irish charm with contemporary food and drink trends.
~
The Pig ‘n’ Whistle Group – which was originally founded in 1969 – is looking to expand, in a carefully considered manner. Next year, the chain will break from its Celtic heritage when it opens a new Mexican-themed restaurant in Manhattan.

John Mahon and Pete McGee launched the group with tips earned from working as bar staff. The group took its name from the bar for employees on the Queen Mary ocean liner, where many Irish men and women worked over the years. The first Pig ‘n’ Whistle pub opened on West 48th Street in the Old Townhouse of President Taft in Manhattan.

John Mahon “is still with the group, but Pete McGee passed away … [John Mahon] remains the main go-to person, if they’re making any large decisions,” explains Robert Mahon, son of the co-founder and a managing partner of the Financial District location.

Over the years, John Mahon brought several partners into the group, including Ken McCoy, Eugene Wilson, Noel Donovan, Pat Burke, Eamonn Maher, Cormac McCormack and Des O’Brien. John Jr. – another one of John Mahon’s sons – is managing partner of the Dublin location, which is called Kennedy’s.

The group operates a Pig ‘n’ Whistle pub on 48th Street, four doors down from the very first pub, says Mahon. This particular locale happens to be “right in the heart of Rockefeller Center. It’s extremely busy around Christmas because it’s about one hundred yards from the [Rockefeller Center] Christmas tree and Radio City Music Hall,” he adds.

Other pubs and restaurants in the group include Langan’s, located at West 47th Street “in the heart of the Theater District, near Times Square. It’s an upscale, white-tablecloth Irish bar and restaurant that’s been around since 1992,” states Mahon.

Langan’s gets a mix of theatre patrons, arriving before or after a show, plus staff from local corporate and media offices in the area.

Down the block is O’Brien’s, which opened a decade ago. The emphasis here is on sports-related events including soccer, football and ultimate fighting.

Next door is another Pig ‘n’ Whistle pub, which opened about two years ago. This locale gets a blend of patrons from tourists to corporate types and sports enthusiasts. “We do a lot of corporate parties there, and it’s also sports oriented. We partner up with the NYC FC [professional soccer team] and run an annual NYF FC event.”

There is also a Pig ‘n’ Whistle pub at 36th Street, near Madison Square Garden. This location offers two floors and is highly popular with rugby fans and players. Mahon describes the interior as “extremely well designed. You could say this was the flagship Pig ‘n’ Whistle.”

Eamonn’s Bar and Grill, near Grand Central Terminal is a “white table-cloth bar and restaurant, with a heavy focus on corporate lunches and corporate entertainment,” he continues. This makes sense, given Eamonn’s is situated close to major financial institutions such as JPMorgan and the Bank of America.

Eamonn’s is well-known for its St. Patrick’s Day events, including breakfast for the city’s Catholic cardinals. As the restaurant is near Grand Central, “a lot of people meet there before they get their train home,” adds Mahon.

PJ Moran’s is situated “a stone throw away from St. Patrick’s Cathedral, off Fifth Avenue.” Given that PJ’s is also near upscale department store Saks Fifth Avenue and the Rockefeller Center, it is very popular at Christmastime with tourists and shoppers alike.

Bloom’s Tavern, at 58th Street, off Third Avenue, is frequented by staff from nearby corporate offices and residents from neighbourhood housing developments. The tavern hosts an event each June to honor Irish writer James Joyce’s monumental book Ulysses. This party is part of the worldwide ‘Bloomsday’ celebrations (Leopold Bloom is the protagonist of Joyce’s book). “It’s good to do these kind of events throughout the year, to make sure the brand stays fresh, to keep the focus [on the pubs] in people’s eyes,” notes Mahon.

Moving south, another Pig ‘n’ Whistle is on Third Avenue. Mahon describes it as a neighbourhood venue with live entertainment that also gets some corporate trade.

Other Manhattan locations include Foxy John’s, a new pub near several hotels and corporate offices and the newly opened is the Broadstone Bar & Kitchen, located “a stone’s throw from the New York Stock Exchange,” says Mahon.

Broadstone is popular with the corporate lunch and after work drinks crowd. The place hosts corporate parties and is starting to attract more area residents as the neighborhood sees more residential development.

The Flying Cock, meanwhile, features a “design that is not bright colored but probably more inviting than a traditional Irish pub,” he continues. The naughty names are part of the appeal to youthful sensibilities. The two pubs have “names that are not shocking, but names you won’t forget.”

One such dish is the pancake burger. “It’s like a normal burger, but instead of a bun, we have two pancakes. We try to make the menu fun,” says Mahon. “We’re always coming up with different ideas in terms of individual food products that will set you different from the competition.”

Cocktails and brunch are two popular drink and food trends that the Pig ‘n’ Whistle Group has been swift to accommodate. The Group has a couple of mixologists who experiments with new drinks. A hearty brunch, meanwhile, is served in many locales. In total, the group employs about four hundred staff, according to Mahon. The group likes employees who have food and drink service experience and are also hard-working and friendly. The idea is that “when you walk in the place you feel at home. So it’s very important to find a good front-of-house host,” says Mahon.

Good communication with back-of-house staff in the kitchen is another way the chain ensures premium service, according to Mahon. “In my opinion, it’s all about working together and having the same objective: creating a good customer experience so that they’ll be back,” he explains.

Challenges include keeping up with trends and labor laws. Mahon frets that rising minimum wage laws and rules restricting employees to only working forty hours a week might be tough on the business, given some managers currently put in “easily fifty-five to sixty hours a week.”

Given how tight restaurant margins are, the Pig ‘n’ Whistle Group pays careful attention to expenditures. For example, instead of using a single supplier, the group has two vendors that “supply sixty to seventy percent of our food for the whole twelve bars in Manhattan,” says Mahon. This arrangement keeps the vendors on their toes, as they know the group can switch an order from one supplier to another if it is not satisfied with quality, price or delivery.

Mahon says it is handy that all the Pig ‘n’ Whistle Group pubs and restaurants in Manhattan are located close together. This proximity means the pubs can support each other, and if staff need to talk, they can just “walk down the street, fifteen minutes,” he explains.

As for the future, “we don’t have a set plan on how many locations we’d like to have.” While the Pig ‘n’ Whistle Group does want to expand, the chain does not believe in uncontrolled growth. The firm only opens new pubs if a good deal can be had on rent and projected sales look healthy. In addition to the Mexican-style restaurant set to open in 2018, the Pig ‘n’ Whistle Group might open a second pub in Ireland in a year or two.

As the Pig ‘n’ Whistle Group nears its fiftieth anniversary, Mahon says teamwork at the top has been one of the keys to the company’s success. “A lot of people try to go out on their own, but you need to have partnerships if you want to expand. That’s been a major part of [my father’s] strategic plan, in any of his operations.”