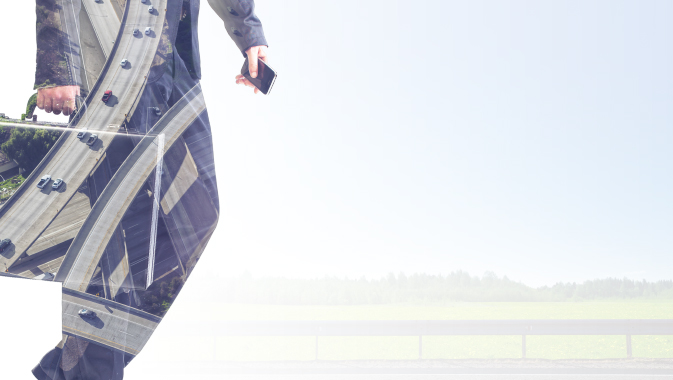 In many ways, it is hard to believe that the North American Free Trade agreement, better known simply as NAFTA, turns 25 next year. To some, that may seem like an eternity; to others, a mere blip in the fabric of time.
~
Considering the economic and political uncertainty of the past few months alone – one need look no further than the never-ending torrent of articles about turbulent relations between American President Donald Trump and Canada’s Prime Minister Justin Trudeau, for example – NAFTA’s history is firmly rooted in the politics of the past, yet its branches must remain flexible for the future prosperity of both nations.

Created with the purpose of reducing the costs of trade, stimulating business investment and ensuring competitiveness, NAFTA’s origins go back to 1980 when Hollywood actor turned politician Ronald Reagan was on the road during his presidential campaign. Controversial at the time was the suggestion of bringing Mexico into the fold, along with Canada and the United States. Eventually signed into law on December 8, 1993 and going into effect on January 1, 1994, NAFTA remains the subject of considerable debate to this day.

As of late May, it seems the countless hours of effort put into NAFTA by a strings of Presidents, Prime Ministers, and policy makers may become undone, and rather abruptly. At the end of May, news broke that President Donald Trump’s administration decided to hit Canada and Mexico with tariffs on steel, aluminum, iron and other similar materials, with both nations being major suppliers of the metals to the U.S. Immediately, Canada’s manufacturing sector responded, with some like the Canadian Automotive Parts Manufacturers’ Association labeling Trump’s decision as a poor one, calling it “bad faith at the NAFTA table.”

Unsurprisingly, the retaliatory moves by America’s allies were immediate. While this puts Mexico in a difficult position, the eventual outcome for Canada could be dire. In 2017 alone, metal exports from Canada and Mexico to the U.S. hit $24.6 billion. With Canada pressing for an exception, the Trudeau government has hit back with what could be best described as tit-for-tax retaliatory tariffs of some $16.6 billion of U.S. imports.

While Canada will be hit with 25 percent tariffs for a range of metals in various forms (ingots and semi-finished) such as stainless steel bars, rods and wire and flat-rolled iron, Canada’s list of 10 percent increased products is, frankly, arbitrary and bizarre, ranging from food and beverage items to household products. These head-scratchers include: roasted coffee that is not decaffeinated, maple syrup, white chocolate not containing cocoa, tomato ketchup, prepared mustard, mayonnaise, whiskey, room deodorizers, candles, plywood (other than bamboo), and many other wildly dissimilar items.

While the trade war between the U.S. and Canada will fester for months on end, if not longer, the positive role of NAFTA in shaping North American business over the past two and a half decades cannot be underestimated, nor overlooked. With its seven specific goals under Article 102 – ranging from eliminating barriers to trade and facilitating the cross-border movement of goods and services to increasing opportunities for investment and promoting fair competition – NAFTA has successfully promoted the biggest free trade area worldwide in terms of Gross Domestic Product (GDP). This has become increasingly important in recent years, particularly since 25 member states entered the European Union in 2004.

With its many pros and cons, there is no denying how critical NAFTA has been over the years in shaping business in North America. In just 14 years, between 1993 and 2007, trade among the three NAFTA member countries quadrupled, soaring from $297 billion to $1.17 trillion U.S. By eliminating tariffs, NAFTA not only boosted exports by billions of dollars, but helped create a more favourable economic climate for companies by lowering the cost of doing business, and created benefits on the consumer level, by reducing the price of a number of food products such as beef and agricultural products.

It is estimated that during the same 14-year period, this resulted in significant economic growth and the creation of approximately five million new jobs across the United States, many of them in manufacturing. One of the industries to benefit most from NAFTA was the American auto sector. Prior to NAFTA, many vehicles were made in one country; the introduction of the free trade agreement enabled car makers to use parts made in Mexico, the U.S., and Canada, resulting in lower-priced cars for consumers.

Along with cheaper products and services, NAFTA has also resulted in much greater Foreign Direct Investment (FDI), which is much as it sounds, with firms or individuals from one country entering into business interests in a different country. Often referred to as portfolio investment, FDI is about much more than money; it also means the country doing the investing brings along valuable skill sets, expertise, and often technology.

For businesses, one of the biggest benefits from NAFTA has been the ability of member countries to bid on government contracts, which has resulted in increased competition and less expensive bids.

Yet for its many pros – boosting trade, creating millions of jobs in the U.S., increasing the average wage, expanding American healthcare and finance services, lowering the cost of food and oil, and enabling government contracts to be more competitive – NAFTA decidedly has resulted in downfalls, especially for Mexico. For Mexican farmers and businesses going under and Mexicans attempting to cross the border into America, NAFTA is far from perfect.

As of this writing, the future of NAFTA is uncertain. Some U.S. senators, including John Cornyn, doubt the new NAFTA would be negotiated this year, as changes to the pact are still under heated negotiation by Canadian, Mexican, and American representatives. The biggest issue remains the tariffs President Trump has imposed on aluminum and steel imports from Canada and Mexico, and the President’s comments about possibly replacing NAFTA with two individual bilateral deals with Canada and Mexico being two “very different countries.” Unless a surprise agreement arrives at the 11th hour, new lawmakers will be called in as the negotiations extend well into 2019.

Despite the recent steel and aluminum tariffs imposed by the United States and Canada’s retaliatory strikes against the U.S., it is important to remember all of the positive outcomes that have resulted from NAFTA over the past 25 years. Quadrupling trade among the U.S., Canada and Mexico and significantly, increasing jobs and economic output, NAFTA has also increased competiveness, enabled a much wider selection of goods and services to be had (including more professionals and investors crossing borders), and resulted in a tremendous amount of foreign investment, with Canada’s direct foreign investment from the U.S. increasing by 243 percent between 1993 and 2013.

By removing many trade barriers, businesses both small and large continue to benefit from NAFTA for many reasons, particularly that it is less costly to import goods, technology, and skilled workers than before. And for consumers, NAFTA has resulted in a lower cost of doing business, therefore reduced prices for food and other items. While changes to NAFTA will be seen in the coming months, the vital role the trade agreement has played over the years cannot be underestimated.