From the Top Down 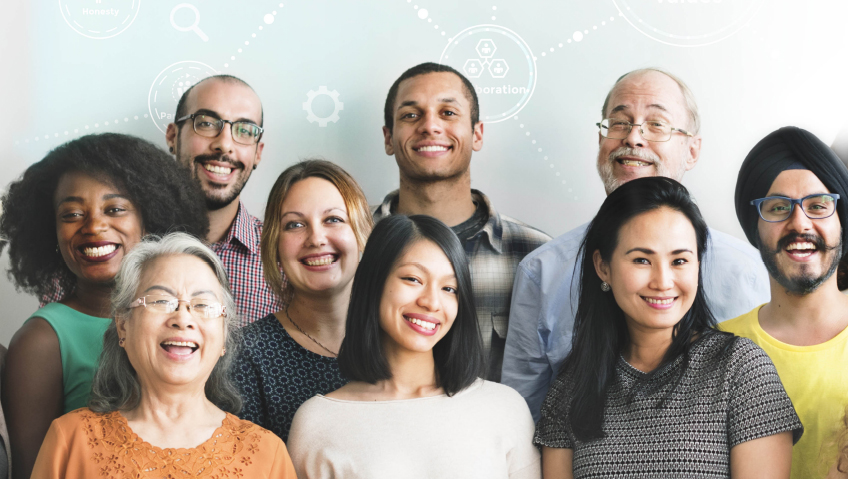 The idea of corporate social responsibility (CSR) first emerged in 1953, gained traction in the 70s, and increasingly became the standard. Today, it is an integral part of a company’s brand and value proposition.

The term was coined by American economist Howard Bowen in his book, Social Responsibilities of the Businessman, and brings with it a suggestion that a business enterprise is responsible to more than just its shareholders; that responsibility also extends to employees, consumers, society, and the environment.

CSR relates to the practices and policies that are undertaken by a corporation to advance social and environmental justice, embracing the environment, as well as people of all races, genders, cultures, abilities, sexual orientations, socio-economic backgrounds, and different walks of life.

Effective CSR programs are built upon four pillars: philanthropy, environmental conservation, diversity, and fair labour practices, and also on the promotion of volunteerism. From a CSR perspective, success is no longer measured by profit alone, but also by the wellbeing of its people, the strength of its community and the health of the environment.

Companies used to do good to feel good, and usually benefited from a tax break when doing so, but these incentives are no longer the driving force behind the adoption of a CSR strategy. Gone are the days when CSR was a competitive edge and a point of differentiation, instead, it has become an expectation of the market fueled by consumer demand.

Consumers are becoming increasingly discerning and not only do they prefer ethical and sustainable products, they are willing to pay more for them. People want to feel that they are making a positive impact with the dollars they spend, especially on the things they need.

Positive difference
A Futerra survey published in 2018 found that 96 percent of people surveyed in the United States and the United Kingdom feel the actions they take, such as recycling, conservation and conscious consumerism, can make a positive difference in the world. Likewise, 88 percent of consumers want the brands and corporations they support to help them feel like they are having a positive impact with their spend.

Similarly, research from Mintel found that three in five consumers believe that ethical issues are becoming increasingly important, while 56 percent of American shoppers will stop buying from brands that they believe to be unethical and 35 percent will stop buying a product even if there is no alternative or substitute available.

Consumer behaviour is motivated by a growing dissatisfaction with corporations or governments that consumers hold responsible for environmental destruction or exploitative supply-chain and labour practices. Consumers are increasingly concerned for the wellbeing of people, animals, and the environment and they want the companies and brands that they support to be concerned as well.

In a world where social media holds immense influence and allows public sentiment to be shared freely and openly, essentially giving everyone a voice, these statistics cannot be ignored. Consumers are regularly holding companies accountable and using whatever social media platforms they have to do so.

Top down
CSR strategies are usually directed from the top down and are often dedicated to matters that are relevant to a company’s operations, or to issues or causes that are near and dear to the leadership or team. For the most part it is voluntary, but in some cases, it is mandated.

Mandates like the Toronto Green Standard, which outlines sustainable design requirements for any new, private or city-owned developments in the city is a progressive plan to incrementally increase the stringency of the standards to help the city achieve its desired net-zero emissions outcome. Those who choose to build in the city will be required to adopt a green-construction approach.

This is the way of the future, but it is only one way to adopt a greener approach to doing business. Beyond investing in a highly efficient physical footprint, things going paperless, reducing waste and usage, investing in renewable energy, and purchasing carbon offsets are all ways to increase environmental consciousness at the corporate level and address market demand.

Ford Motor Company is a legacy company that is responding to the changing market sentiment by shifting its manufacturing focus to electric vehicles. The market is trending toward electric, low- to no-emissions vehicles, and the automaker is taking the lead, using existing capacity and expertise to transition its product offerings away from fossil fuels.

Global impact
Of course, the larger the company and its profits, the greater the resources available for CSR initiatives. Large multinational corporations are more likely to take a global approach to CSR, while also supporting localized efforts in the communities they serve, while smaller companies are more likely to have a positive impact on a local scale, reflective of their market reach.

Starbucks is an interesting case study, as it is a global brand with a significant local presence, which is reflected in its multifaceted approach to CSR, including a focus on the environment and ethical labour and procurement policies.

Starbucks ethically sources 99 percent of its coffee and rescues one hundred percent of available food for donations. Likewise, it has worked to eliminate plastic straws from its stores and invested $10 million to fund the creation of a recyclable cup. It also takes every effort to be an equal opportunity employer with targeted programs to optimize engagement with youth, veteran, and refugee employees.

While Starbucks is an example of a large corporation trying to do good while also being good, there is likely to be a locally owned coffee shop in your city or town where you can find fair-trade products at a reasonable price. It is likely that the store will operate with a smaller footprint and your purchasing power would have just as significant an impact, if not greater.

Part of the secret power of CSR is as mentioned above – that when people do good deeds, they feel wonderfully gratified, which is especially important for a company’s culture. By promoting causes and awareness, and encouraging volunteerism, CSR can make life about more than just a paycheque. When employees are engaged and happy, they are more likely to be kind, productive, and go the extra mile in their work.

Shopify Inc. is one of Canada’s Top Employers for 2021 and its story is one of going above and beyond what is expected to ensure the wellbeing of its people, and thus, its business. CSR defines the company, its brand, and its culture.

If you have ever met someone who works at Shopify, you quickly get a sense of how much they love their job and the environment and culture within which they operate. Even before the pandemic, employees had flexible and alternative work arrangements, and the company has been committed to being “digital by default,” ever since to ensure that everyone remains safe and operational.

Shopify also offers exceptional support to new parents, including parental leave, health benefit plans including mental health support, a health and wellness spending account, and the option of a charitable-giving account or a retirement-savings contribution, to name only a few of the perks. They also pay a fair wage which has built trust with employees and customers alike.

Just business
CSR is a business decision that can greatly improve a company’s operations from the ground up. No longer a trend, it is instead an accepted part of doing business that is itself influenced by changing market trends and social movements taking place around the world.

Movements like #MeToo are calling out workplace harassment and outdated business practices that are no longer acceptable and do not align with the principles of CSR. Leaders who are serious in their response to these calls, and serious about ensuring that workplaces are safe for everyone, are providing an important impetus to discussions on social change and social action.

Consumers want to support companies and brands that demonstrate that they are team-workers for the community as well as leaders in the market, and investing in people and the environment as part of a comprehensive CSR strategy is going to be key to achieving market success in this regard.

As such, success can no longer be measured by profits alone, but rather by a corporation’s ability to have a net positive outcome from an economic, social, and environmental standpoint through its CSR initiatives.