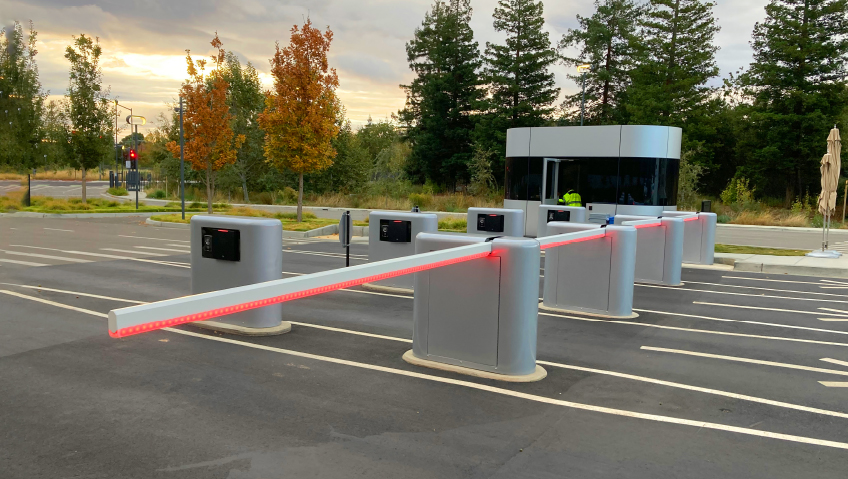 Security solutions firm Sloan Security Group is based in Boise, Idaho and serves the greater United States and U.S. Embassies overseas. It began in 1991 as a family forestry construction business of four brothers, who worked together through high school with the guidance of their father Ed Sloan, a senior construction manager for CH2MHill.

Unfortunately, opportunities in the forestry industry began to dry up and the brothers decided to move into fencing and security around 1999. After focusing on perimeter security solutions, the company grew to provide more advanced and complex solutions as well as to become a general security integrator with projects all over the world.

Co-founder and Vice President of Business Development Collin Sloan credits his father with guiding the steps of the company. As a construction manager for a large engineering firm, Ed encouraged his sons to work in the construction market and to add security capability, project management, and construction management to the company’s considerable repertoire. SSG has been a family affair since the beginning, and this identity has driven its momentum ever forward.

The company’s clients are in fields from U.S. embassies to military projects, Fortune 500 clients, professional sports arenas, hospitals, and more. Its unique specialty comes in its work with crash-rated barrier systems, with its solutions requested by clients like oil and gas refineries, the Department of State, and the U.S. Army Corps of Engineers.

To complement its customized solutions, the SSG offers client training that exceeds any other in the industry. Training is coupled with a robust support process after the client takes over. Whether they require equipment refurbishment, replacement, or repair, clients can be assisted with all phases of security.

SSG finds itself in the “anti-terrorism quadrant of the security industry,” as Sloan describes it, a market constantly in need of stopping power and secured locations. This piece of the market came to prominence in the 1980s for overseas military deployments; however, in the wake of 9/11, these solutions needed to be implemented domestically. Sloan notes that the company has run into a lot of equipment that was installed directly following 9/11 and is now over twenty years old and will continue to require service.

SSG has played a role in delivering these projects and designing the systems that came from the military and embassy sectors and moved into the critical infrastructure, large venues, and oil and gas installations, and arenas.

SSG continues to move toward becoming a full-service provider in its field. Previously, the company would jump from million-dollar-plus project to million-dollar-plus project but, when issues arose after project completion, there was no service group to take care of the clients. A service component was recently introduced to serve clients after these projects and deal with additional small-to-medium-sized tasks that clients need to have taken care of, particularly clients in technology fields. This forward-facing customer service was in the works for the last few years but, unfortunately, was somewhat delayed by the events of 2020.

Although the COVID-19 pandemic has made travel difficult to the dozens of American states covered by the company, it has allowed it to work with clients on a broader, regional basis. Thanks to its track record in large project service and maintenance, SSG has experienced real success as a security solutions provider, deepening relationships along the way through concentrating its work closer to home.

Strengthening relationships applies to both its customers and its staff. Sloan describes the company as a shallow organization in that there are no levels of bureaucracy in its structure so employees of any level can speak to upper management at any time. He enjoys speaking with technicians, fabricators, and especially new employees to get feedback from them on projects and company offerings. “People have a good sense that they can make a difference inside of the group.”

As a contractor dealing in construction-based solutions, SSG always concerns itself with safety, especially when it comes to installing its equipment. Sloan says that pedestrians are injured by security systems every year so there is a focus on making the systems as safe as possible for customers and workers alike while remaining effective in their ability to stop and secure.

Relationships with customers are key to understanding and fixing some of the company’s most pervasive challenges. Sloan mentions that some customers can be unfamiliar with the equipment that SSG installs and specializes in, which has led to a need for education so its projects can be designed, installed, and maintained correctly. “We don’t want to educate via bad experiences but through good understanding,” he emphasizes. The company trains and educates customers, engineers, architects, and contractors.

SSG has over one hundred employees with many projects in different regions, and the security industry requires hiring a lot of people for a particular project. To meet this, SSG has signed agreements with labor unions in some regions which have provided a more consistent source of labor over the past three to five years and given it the ability to train and use workers long-term, which is much preferable to temporary hires. Workers on long-term contracts are also easier to form lasting liaisons with, in turn leading to a greater quality of work over a longer period.

2021 was its largest year of business on record, with 2022 promising to be even bigger. The company expects to grow in sheer size, as well as in its projects and customer relationships. To coincide with its more regional effort, it will install local teams in several states to provide the full-service relationship for which it has become known.

Sloan says that the company is concentrating on areas across the western United States, especially in areas like Denver, Seattle, San Jose, Las Vegas, and Los Angeles. These areas will see general expansion and inclusion of these development teams, with additional growth projected for the company’s base of Boise, noted by Sloan as one of the fastest-growing cities in the country. Just as its hometown grows, Sloan Security Group promises to continue its own growth to offer the best security solutions in the industry for clients that have come to expect the best from the family business.