Supplying the Demand: How CAPREIT is Investing for the Future 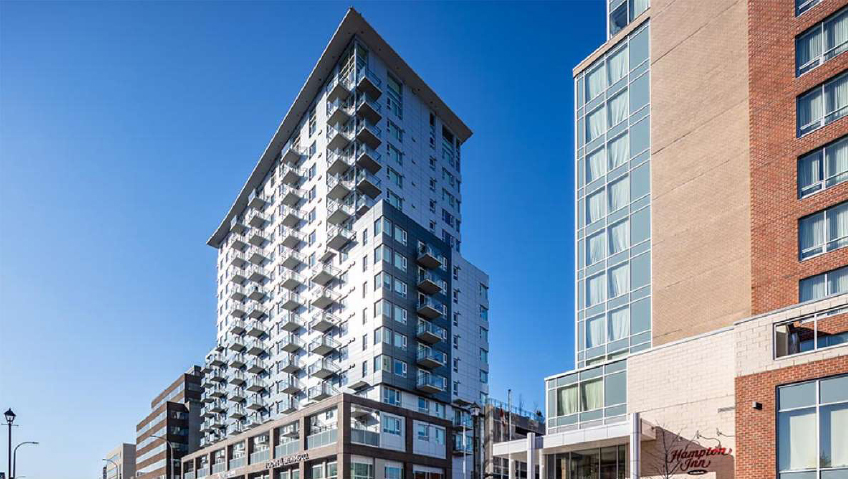 The search for affordable housing — whether to rent or own — can be a challenging one, hampered by inaccessible websites, absentee landlords, and a severe housing shortage. Canadian Apartment Properties Real Estate Investment Trust (CAPREIT), the country’s largest publicly traded rental housing provider, aims to help alleviate that. With interests in approximately 67,500 well-located residential apartment units, townhomes, and land lease communities, the company strives to create welcoming, accessible, and dynamic communities across Canada with properties maintained by teams of committed experts.

This year marks CAPREIT’s 25th anniversary. With more than $17 billion in assets, Canada’s largest residential REIT is also growing – in Canada and internationally. The company not only acquires high-quality rentals well situated in urban and suburban areas, it also takes its corporate citizenship responsibilities to heart, making regular corporate donations, setting annual philanthropic fundraising objectives, and participating in all levels of community relationships.

“We are one of the original REITs, starting off as a very small company with buildings predominantly in Toronto, and two assets in Nova Scotia,” says President and CEO Mark Kenney, who joined CAPREIT in December 1997 as Vice President, Operations, before serving as Chief Operating Officer (COO). “There were only 10 of us back in the beginning in the office, and I’m the longest-serving employee here.”

Growing from a suburban Toronto-based apartment portfolio, CAPREIT started acquiring assets in Saskatchewan and then Nova Scotia before growing significantly throughout the rest of the country. In 2004, the company acquired its public markets competitor ResREIT and doubled in size, which was followed by additional growth across Canada.

“We were the first company to take its operating platform out of Canada into another country, in Europe,” says Kenney. “And we are one of the only ones who have done that in the apartments space. Globally, there are only a couple of apartment platforms that have gone international.”

After creating IRES REIT in Ireland — which has become that country’s largest apartment owner — CAPREIT then started ERESM in the Netherlands, an entity that’s about six years old now and growing substantially.

Committed to serving its residents with an experience rooted in respect, the company strives to achieve these goals through service delivery and ongoing innovation within the industry – that has a direct impact on the lives of its residents.

“Throughout CAPREIT’s history, we’ve been very proud of doing what we call the good work of revitalizing communities,” says Kenney. “Coming out of rent control in Ontario, the rental stock had been devastated by lack of investment. There was really no incentive at all for landlords to invest in these buildings with revenues being set.”

When rent control came off, the opportunity for apartment investing arose, he says.

“One of the most satisfying things we did early, and have always done, was taking these distressed communities and investing in them, not just for the building, but to turn around the communities,” Kenney says. “We’re very proud of our capital investment program and what it’s done to transform a lot of the buildings, especially the older assets we bought.”

One of CAPREIT’s recent accomplishments is the 2020 accelerated roll-out of its resident portal, which allows residents to stay in touch with the company 24/7 and make maintenance requests online with completion time and satisfaction levels tracked.

“Unlike a lot of smaller entities, because of our scale and expertise, we’ve been able to develop innovative programs that leave the guesswork out of things,” says Kenney. “One of the big challenges in rental housing provision is making sure your customers are happy.”

Having a responsive and auditable system for maintenance and communication is an important step. Residents can officially log issues and CAPREIT can respond in a timely manner and monitor the status of that work order until its successful conclusion.

“We independently review the satisfaction rates through a work order that’s issued, and after completion a resident has the ability to rate the level of satisfaction they have with the work completed,” says Kenney. “We’re very proud of having almost an 85 percent approval rating amongst our residents.”

“In Canada you can buy a pair of socks on Amazon and have them delivered to your doorstep within an hour, but you can’t rent an apartment online,” Kenney says. “You can submit an application and get connected with somebody, but you can’t engage in an automated process where a credit review is done and it’s open 24 hours a day.”

During COVID, the company learned the value of connectivity and technology, and in the beginning of next year will roll out an online leasing platform that allows virtual showings, giving people the freedom to rent anytime they want.

“In Halifax, we’ve had countless parents for decades getting on a plane with their kids to go look at a rental building, and they’re literally there to just go do a viewing and give an opinion,” he says. “With the virtual showings in online leasing, the need for that completely goes away.”

Similar to online shopping, the site will feature its “products” with a mix of neighbourhood and community videos and virtual tours of the available suites. “It’s almost a must-have,” says Kenney. “It’s quite incredible that the industry didn’t have this.”

The company has also been going through a bit of an evolution with an upscaling of its portfolio. This has resulted in a significant number of new construction acquisitions in the last three years, in part because new rental construction really started taking hold about five years ago.

“This meant there were a lot of merchant builders that came in and built rentals and then subsequently looked for financing to sell,” says Kenney. “That’s been a substantial part of our business, being part of the new supply answer in Canada.”

Another unique business aspect is on the manufactured home side, or land lease communities, which are the most affordable form of homeownership out there, he says. While it’s huge in the U.S. — where a staggering 17 percent live in a manufactured home — here in Canada it’s not nearly as common.

“Manufactured homes have been used three times in U.S. history to solve the affordability crisis,” says Kenney. “In Canada, less than one percent of our population lives in a manufactured home, and yet we have significant land. We’re talking about home ownership for less than the cost of rent.”

Even though CAPREIT is a rental company, for Kenney, this is the most exciting part of the business: being directly involved in affordable home ownership.

“This is a home ownership model where they lease the land,” he says. “If you don’t have to buy the land, you don’t have as much capital cost. Then you can buy these homes, which are built to a higher standard in many cases than onsite building because they’re built in a controlled environment.”

The challenge, he says, is that the homes themselves are highly stigmatized, comparable to the antiquated notion of a ‘trailer park’. “But the truth is these are bungalows, 1,400-square-feet, that are very comfortable living. I would argue if you compare a 1,400-square-foot bungalow that you own with your own yard, to a 700-foot rental apartment, I’d say it’s worth looking at.”

“It’s part of the answer to cure our affordable housing problem here in Canada, but it’s very difficult to get political interest because of stigmatization. It’s something you can sell, and they traditionally gain in value just like [traditional] homes gain in value,” Kenney says. “Unfortunately, there’s such a small number of them in Canada.”

CAPREIT also tackles housing issues through its partnership with IPOANS (Investment Property Owners Association of Nova Scotia), with a focus on engaging with government. When it comes to dealing with the provincial government, housing providers need a group that speaks on behalf of the industry, Kenney says, and the single biggest issue that apartment investment has is government regulation and its effects.

“It doesn’t matter whether it’s the provincial or federal government, when government starts making changes, it has unintended consequences,” he adds. “One of the big issues Canada is facing is housing supply. When government gets involved and tries to do a short-term fix, they scare investment away. Unless government has the financial capacity to build all housing in Canada, it has to be mindful of the effects it has on investment.”

There’s a misbelief that investors will build rental housing or any form of housing no matter what, and that’s just not true when you’re risking your own capital, says Kenney, adding there has to be some expectation of return. The problem with apartment development is the actual margins are very low. With apartment building, you have to take a 30-year view or the math doesn’t make sense.

“When you build a condominium, you take a one-year view because you have all your units presold and your construction contract signed, and you’ve locked in your profit,” he says. “With a rental, you’re counting on rental income projections for 20 to 30 years and that’s really hard to do. When a government messes with revenue and regulation, it has incredibly negative consequences for investment.”

CAPREIT’s partnership with IPOANS is geared to educating government on behalf of both large and small housing providers regarding changes to regulations and impacts.

Apartment REITS are misunderstood in general, Kenney adds, including the false belief that they don’t generate tax. While CAPREIT and other apartment REITs don’t pay corporate tax, all taxes are paid by the unit holders at personal income tax levels, which are greater than corporate tax levels.

“Our unit holders pay all the tax. You can’t avoid the tax,” says Kenney. “Part of the reason I believe REITs were created was because they are high tax-generating entities.”

CAPREIT is also a very good steward of real estate, he says. As a public company, the reporting to investors on environmental, social, and governance expectations means CAPREIT has best practices in place.

“That means we’re good for the environment, and good socially and governance-wise, and it’s what makes us incredibly different than private ownership who have none of those accountabilities,” Kenney says.

Future goals and milestones for CAPREIT include continuing to make renting more accessible across the country while helping future homeowners attain their goals.