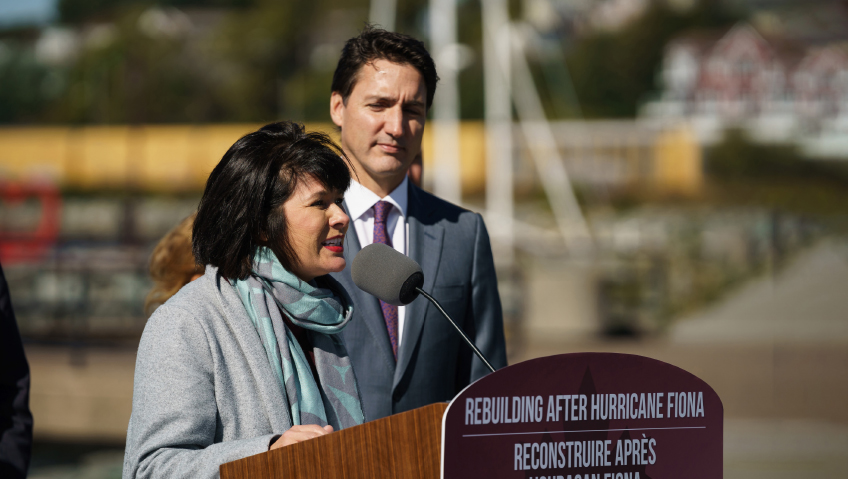 The Honourable Ginette Petitpas Taylor, Member of Parliament for the Moncton-Riverview-Dieppe riding in New Brunswick, recently celebrated her first full year with ACOA as its Minister. Petitpas Taylor feels it has been a privilege for her to be able to create these opportunities as part of the go-to organization for economic development in the area but names the organization’s on-the-ground staff, working at over 35 point-of-entry offices across the region, as a primary reason for its success. These people live within the communities and are aware of the businesses and issues in need of attention from ACOA, so that the organization may act as a go-between to support business owners and as an ambassador for their needs.

ACOA President Francis McGuire* has been with the organization for just over five years and has been closely involved with it since his days as Deputy Minister of Economic Development and Tourism in New Brunswick between 1987 and 1997. Upon joining ACOA, McGuire saw two areas of challenge that he felt needed to be addressed in the region: people / skills / training, and resources. Within the context of these challenges, he and the Agency highlighted many areas to monitor to measure client success, sales, and annual growth.

The first focus area was advanced manufacturing, which involves automation and digitization. Here, ACOA ensured that entrepreneurs are investing in these areas, as the labour force is rapidly headed in that direction, and it is seen by McGuire and industry insiders as a positive force for growth. It also changed much of its programming related to food. In speaking with seventy chief executive officers of various food companies, McGuire found that these companies have three things in common: lack of labour, uncertainty on how to automate, and trucking.

Work is still being done to make these food companies become more productive, more profitable, and leaner. McGuire notes that the oceans sector of Atlantic Canada—aquaculture, shipbuilding, defence—is a very well-paid and growing industry in the area and can become even bigger. More work needs to be done on the scaling up of local start-ups, especially in the wake of Startup Genome, a San Francisco think tank, naming Atlantic Canada in 2019 as one of the five best global startup ecosystems in the activation phase, and the only location named in North America.

For the organization, the COVID-19 pandemic was a busy time, during which ACOA ensured that federal programs to help small and medium-sized businesses were rolled out swiftly so that businesses could adapt to the changes necessary to survive. Minister Petitpas Taylor cites several programs that helped during this time.

Coming out of the pandemic, ACOA was able to help create and maintain over 13,000 jobs across the four Atlantic Provinces and has been able to help well into 2022. ACOA continues to support a litany of fascinating and innovative business ventures in the region.

Many of these projects involve clean energy, an ever-burgeoning field worldwide. Saint John Energy in New Brunswick is currently working on investments in a smart power grid and is seeking large investments from interested companies. The company is also developing a digital twin of the project so that young companies can see how the system works from any location while generating innovations to use or sell elsewhere.

Nearby, the University of New Brunswick’s Canadian Institute for Cybersecurity, and founding member of the National Cybersecurity Consortium, was also recently awarded part of an $80 million contract to manage the Cyber Security Innovation Network. ACOA has been a long-term supporter of the university and its many initiatives, and this recent contract was a big win for the region and will allow the school to bring in more students. Further investment into the Université de Moncton’s Centre for Artificial Intelligence will also enable education for automation.

McGuire also mentions a $50,000 contribution toward food automation groups in Caraquet and Moncton to automate and upgrade lobster plants.

Elsewhere, a leading organization in advancing manufacturing science and therapeutic innovations, named BioVectra in Prince Edward Island, is working on a first-class incubator that has been supported by ACOA for the past year. The organization, through ACOA funding, is also investing in the Canadian Alliance for Skills and Training in Life Sciences’ (CASTL) bio-manufacturing training facility in Charlottetown, which aims to train or retrain 250 people in the bioscience field while attracting and graduating 250 more graduates a year working at Atlantic universities and community colleges. Start-ups in the area access the support through the BioAlliance, an organization dedicated to building the bioscience industry. They are working with the federal and provincial governments to establish a bio-accelerator in the province, a project worth approximately $50 million.

McGuire points out three key areas of investment in Newfoundland and Labrador. The first is technology, an area in which the organization has funded a number of start-ups and is working to train and attract more people into post-secondary education. The second is mining, in which ACOA is investing with the province to get more geotechnical information and providing equipment to the College of the North Atlantic to assist the industry. The third is oceans, in which investments are being made into technological institutes to stimulate more jobs.

Part of ACOA’s mission is to reach out to under-represented groups in Atlantic Canada. McGuire mentions how an Indigenous group in Caraquet recently bought a crab plant and completely modernized it with help from ACOA and the federal government, which led to the group re-investing in on-reserve housing. “If we can help them attain economic independence, that is the key to moving forward,” he affirms.

The company SmartICE in St. John’s, NL is another example of an Indigenous business supported by ACOA, and this firm is using Indigenous methods of culture and technology to understand where and how ice is moving in the area, to great success.

In Nova Scotia, a venture capital called Sandpiper Ventures has raised its first $20 million to invest in women-owned business efforts, due in part to ACOA. The organization has also had success with assisting minority groups throughout the region, including many long-standing relationships with Black-owned businesses and immigrant-led ventures. “When we work with organizations like these, it’s much easier to identify the people that could use help,” says McGuire.

He assesses the current labour situation in Atlantic Canada as not ideal, so businesses need to figure out automation, digitization, and how to recruit and keep workers. This involves picking up what he calls “new business skills,” which are emerging skills that may not be taught in business schools but are more systemic, with the potential to shape and influence workplace culture and employee wellness.

Atlantic Canada is seeing something of a population boom as more people are moving to the area in search of work and business opportunities but McGuire notes that the area will be faced with the fact of 20,000 people retiring annually, a labour vacuum that can best be filled with both immigrant workers and automation, as well as addressing how to welcome more women, Indigenous, and disabled people into the workforce. As shifts are made, education and training will be crucial, and ACOA understands this well.

McGuire still believes that Atlantic Canada has room to grow, and questions remain as to how to make room for more schools, hospitals, and infrastructure to support incoming workforces. Minister Petitpas Taylor says that people in the region are too humble and would benefit from stronger promotion of the success it has been having, especially to let the rest of the world know that the area is one to watch from a growth and financial standpoint. She says that big things will continue to happen in Atlantic Canada, with a particular spotlight on innovation and research and development among local businesses.

Her top priority as Minister is to make ongoing investments in innovation so that companies can continue to grow, as she feels that the sky is the limit when it comes to potential in the region. ACOA wants to do what it can to help Atlantic Canadians benefit from the full range of federal supports and ensure an economy that continues to work for everyone, as it celebrates thirty-five years of smart investments in its titular home.

*Since speaking with this publication, Mr. McGuire announced he would be retiring from his position effective November 25, 2022. 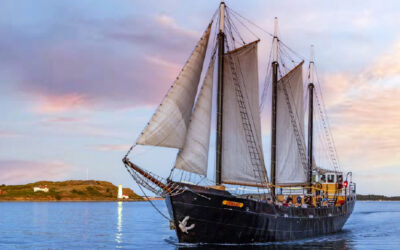