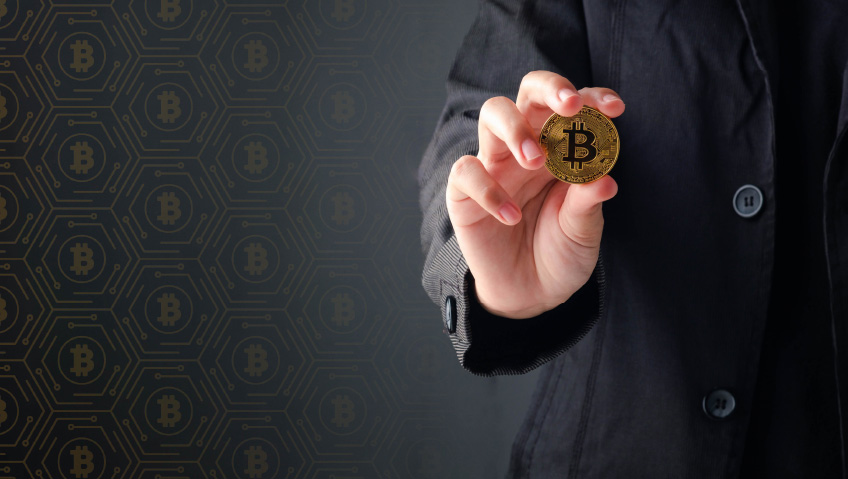 For some time, cryptocurrency was heralded as the future of money and the ticket to wealth, while others took a position of caution and scepticism. The past few years have shown it’s a gamble like everything else; one with some pretty extreme swings.

While cryptocurrency can, and is, traded for profit, its value is driven by speculation which means the same market forces that drive prices up creating a windfall for some can result in a very volatile market that can lead to even greater losses.

Cryptocurrency: what is it?

Cryptocurrency, also referred to as crypto, is a digital or virtual currency that is stored in a digital wallet and operates as a peer-to-peer payment system via a network of computers around the world.

The name crypto is derived from the various encryption algorithms and cryptographic techniques that are used to safeguard the transactions. Built-in encryption is used to verify transactions to ensure safety and security. This network is used to virtually send and receive payments.

Cryptocurrency operates without a central issuing or regulatory authority and instead runs on a distributed pubic ledger, or blockchain, which serves as a record of all transactions that is updated and held by currency holders to ensure accountability. This decentralized way of recording transactions and issuing new units makes it difficult to counterfeit or double spend.

In 2021, the value of cryptocurrency assets globally had unfounded success skyrocketing from $965 billion to as high as $2.6 trillion, though the market capitalization now sits at around $2.1 trillion, according to a Morningstar analysis of data sourced from CoinGecko.

This year, however, cryptocurrency assets lost nearly half of their value, which amounted to a loss of $800 billion in a short period of time. This is due in large part to the rising interest rates and a change in monetary policy which has diminished demand for riskier assets causing a fall in value of digital assets and equities alike.

This not only amounted to some major losses in value, some trading platforms were forced into bankruptcy which served as a blow to the perception of cryptocurrency and its ability to serve as an alternative system of currency, given its unregulated and volatile nature.

There are only a few ways to acquire cryptocurrency: mining, purchasing coins or earning them. Units can be created via the mining process whereby a computer is used to “mine” coins by solving complex mathematical equations, but this process requires substantial energy consumption.

Otherwise, they can be purchased from traditional brokers or crypto exchanges using fiat currency, wire transfer, and occasionally credit, though some credit companies will not support cryptocurrency transactions. Likewise, there are investment vehicles like Bitcoin trusts, Bitcoin mutual funds, and Bitcoin stocks or ETFs. Fees vary by platform and payment method.

Cryptocurrency, once acquired, is stored in digital wallets which can be a physical device or online software. There is nothing tangible to show for the cryptocurrency. Bearers receive unique keys that unlock their cryptocurrency and it is up to them to protect themselves from security breaches, theft or hacks.

While the original intention was for cryptocurrency to be as commonplace as fiat currency (if not replacing it completely), it has yet to be widely accepted as a payment method for retail transactions, instead favoured for trading.

However, greater numbers of cryptocurrency ATMs are popping up and an increasing number of retailers are accepting cryptocurrency for payment. For instance, technology and e-commerce sites, some automotive dealers, luxury goods suppliers and insurance providers.

There is also the select few who prefer to be paid by their employers in Bitcoin. Banks are also discovering ways to take advantage of the technology to lower transaction costs and streamline operations, particularly cross-border transactions.

The first popular cryptocurrency was Bitcoin, which was introduced in 2009 and is the most commonly used and best recognized cryptocurrency. Other cryptocurrencies include Ethereum, Litecoin, and Ripple’s XRP, which is regarded for its speed. Non-Bitcoin cryptocurrency are collectively referred to as “alt coins”.

This isn’t the first time in history new currencies have been introduced. From barter to cattle and shells, money has taken many forms. Metal coins became commonplace between 1000 and 500 BC and the first paper currency was introduced just after 800 AD.

It wasn’t until 1816 that the gold standard was tied to value in England and that remained in place until 1930, a time when the Great Depression necessitated a global shift and marked the beginning of the end of gold standard, which was greatly devalued. Enter the era where value was tied to the U.S. dollar.

Given the performance of the economy over the last several decades, a period marred by financial crises and recessions, as well as a transition to a tech-enabled economy, it is no wonder there are efforts to introduce a digital currency like crypto.

To invest or not to invest, that is the question

As with any investment, there are pros and cons to investing in cryptocurrency. Crypto shows great promise in many ways, especially its potential to offer cheaper and faster money transfers and cross-border transfers, but its volatility can be a problem.

The decentralized nature of cryptocurrency is both a pro and a con as it will not collapse at a single point of failure as witnessed during the global financial crisis, but that also makes for a more volatile market. This also enables its use by criminal organizations as there is no third-party intermediary to oversee it and no government backing it.

From a security standpoint, transactions require two-step authentication and blockchain serves as a public ledger that is hard to hack, though it is not unhackable as demonstrated in 2018 when Coincheck was hacked to the tune of $534 million and BitGrail $195 million.

Other frauds or scams to watch out for are fake websites, virtual Ponzi schemes and bogus exchanges. As you would with anything, do your research to ensure your best interests are being protected.

Additionally, the system is pseudonymous which means users have a pseudonym which serves as the address which completes transactions. Every transaction is recorded and stored in the blockchain, so if your address was linked to your identity there would be a digital trail leading to you.

Other downfalls of cryptocurrency include the fact that ownership is concentrated (ten percent of miners represent ninety percent of mining capacity), and the fact that prices are extremely volatile, as the market has learned with the most recent crash.

The latter is the most discouraging since value is driven completely by supply and demand, resulting in wild swings. This means significant gains for some and massive downside risks for others.

While corporate investors like Elon Musk and Tesla can stand to absorb a loss of nearly $600 million in value from a Bitcoin investment, losses of this magnitude are not as easy for smaller investors. Even leading cryptocurrency platforms like Celsius and hedge funds like Three Arrows Capital were forced into bankruptcy.

The same happened to FDIC-insured Voyager Digital Ltd., which had over $1.3 billion in crypto assets, when it went into bankruptcy. Many of their customers experienced significant losses that are not likely to be recovered in full despite being insured.

The volatility doesn’t stop there, either. As a disruptive technology, cryptocurrency also stands to impact other industries like finance and law, where regulators are scrambling to understand and address this emerging currency and related platforms to ensure market participants are protected.

Countries like China are deeply opposed to cryptocurrency exchange and mining within its borders, but other countries are coming around. To date, cryptocurrency is legal in El Salvador which was the first to allow Bitcoin as legal tender and the Central African Republic, which took a hard turn on its stance against it to welcome it as legal tender.

Similarly, there are many other countries where it is legal including the United States where it is considered a convertible currency, the European Union which views it as crypto assets, Canada which views it as a commodity, Australia which sees it as a financial asset, Japan where the Payment Services Act defines it as legal property and many others who are finding ways to incorporate and regulate it within their borders.

When considering cryptocurrency, the key takeaways are to remember that it is definitely a risky and volatile market, but if you are willing to sustain the risk it could be a good investment, depending on how the market is performing.

Be sure to research exchanges, know how to properly and securely store your crypto, diversify your investments and prepare yourself for the volatility which is inevitable. Like any investment, if you can make the most of the highs while riding out the lows, it can be profitable.