Where People & Businesses Grow Together 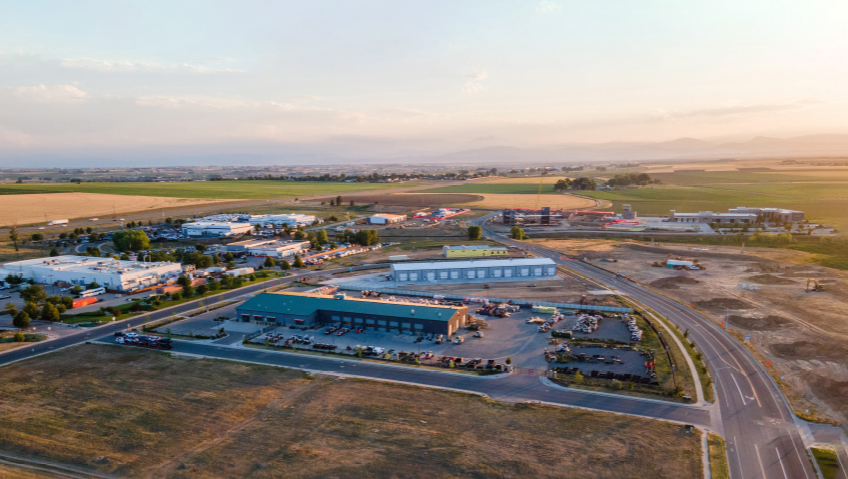 Although the Town of Windsor, Colorado was not immune to the COVID virus, its economy found a way not only to survive but thrive in the face of it.

At the beginning of the pandemic, leaders and administrators in Windsor came together to chart a course through unfamiliar COVID waters. Seventeen different programs were introduced to support local businesses and the result was even better business.

It was anything but business as usual for Windsor’s economic development team, who fielded a record number of inquiries from business prospects. Economic development staff received 1,177 prospects from 2011 to 2021. The town attracted and expanded several businesses over that time period, resulting in the creation of 3,042 jobs, $176 million in total payroll, and over $640 million invested in the community.

There’s a definite buzz around the Town of Windsor that comes from it being a welcoming, business-friendly community, and there’s no doubt it’s a fabulous place to call home. This reputation has contributed to business growth, population growth, and the need to grow services and infrastructure.

“We are at over 40,000 people right now. With houses we have plotted out, just as of today, if we built what was approved, we’d be over 60,000 in population and we have the capacity to go to 100,000,” says Director of Economic Development, Stacy Miller.

Miller notes that, January through June, Windsor approved 311 single-family home permits, as well as 46 multifamily permits totaling 362 units and 26 commercial permits. From a residential standpoint, one must look no further than the Raindance development to get a sense of how quickly growth is taking place.

The 2,800-home Raindance subdivision was planned to be built out in fifteen years, but it was completed in five. It’s home to the town’s fourth golf course, Raindance National, designed by PGA golfer Fred Funk, drawing residents and visitors alike.

Windsor is certainly a place for athletes. In addition to golf and outdoor amenities galore, a major draw is the Future Legends Sports Complex, opening later this year, though it has already started welcoming guests and holding some events.

The 118-acre complex boasts multiple baseball diamonds, multi-purpose fields, an indoor bubble sports arena, and a 6,500 seat stadium that will be home to two professional sports teams, the Northern Colorado Owlz and the Northern Colorado Hailstorm. Retail and lodging will be available to support the expected increase in sports tourism.

Tourism is a relatively new sector in Windsor but a gratifying one. As Miller says, “We consider tourism a cleaner dollar because people come in, spend their money, and go home,” strengthening the tax base without added costs.

To support this growth in tourism—and population—Miller has worked to attract and create retail opportunities to encourage people to spend locally. In particular, the town has done a great job of attracting new restaurants. Over the last ten years, the food and beverage industry in Windsor has acquired or built 160,000 square feet of space, which represents over $33 million in investment, 300 new jobs, and $5.55 million in payroll.

“From a retail perspective, they’re starting to realize that our community’s growing. There is wealth and a lack of existing services—a trifecta for retailers,” Miller says.

Another untapped asset Miller would love to see leveraged is the interchange where Interstate 25 meets Highway 392.

From a development standpoint, Windsor is ideally located in the center of the Loveland / Fort Collins / Greeley triangle in Northern Colorado, affording it access to Interstate 25, the Northern Colorado Regional Airport, rail infrastructure, and the people and goods that use these infrastructural assets.

As Miller says, “We have the land and the ability to build and we’re also in the center of this perfect core of mobility, with I-25, U.S. Highway 34, Highway 257, and Highway 392, so all the corridors north, south, east and west allow for movement of the workforce, as well as products and services.”

Building on these logistical advantages, the Town of Windsor has maintained a focus on industrial and commercial growth. The area offers a spread of fourteen business parks, a number that’s sure to grow as spaces fill up in existing parks.

Lineage Logistics, the world’s largest temperature-controlled industrial REIT and logistics solutions provider, will add to its global network of over 400 strategically located facilities. These total over 2 billion cubic feet of capacity with the newly added 200,000 square-foot facility in the Great West Industrial Park, leveraging its location and rail access.

JBS is a leading global food company that will benefit from expanded blast freezing and storage capacity. Its new fully automated facility will serve as a strategic distribution hub for JBS customers on the West Coast and will have a $102.9 million, ten-year net fiscal benefit, including 80 new permanent jobs in Windsor.

Gotham Greens is another example of strong growth in Windsor, and the Great Western Industrial Park in particular. The operator of year-round, commercial-scale agricultural greenhouses, which serve local and regional markets with fresh, nutrient-dense produce, has begun construction on a new facility in the park, with plans to grow.

The facility will begin with 140,000 square feet, with plans to take it to 400,000 square feet over the next three to five years. It’s expected to bring 55 new permanent full-time jobs and will have an economic impact of more than $15 million.

With economic achievements of this magnitude, it’s clear that opportunity in the Town of Windsor is robust and many companies and people are taking full advantage of it. Best of all, Miller and her growing team are geared up to sustain the growth while welcoming new opportunities. Always something exciting in the pipeline, it seems.

For Miller, the goal continues to be, “How do we build on that economy? How do we maintain and absorb that growth while maintaining the close-knit community, good amenities, and high level of service that we offer?” The aim of the crew at Windsor is to elevate those experiences in the interest of a healthy and vibrant economy and community for the long term.

The EDCC is a state-wide non-profit economic development organization that is dedicated to working with economic developers across the state by providing educational resources and support to private and public entities, helping them capitalize on all opportunities to grow.