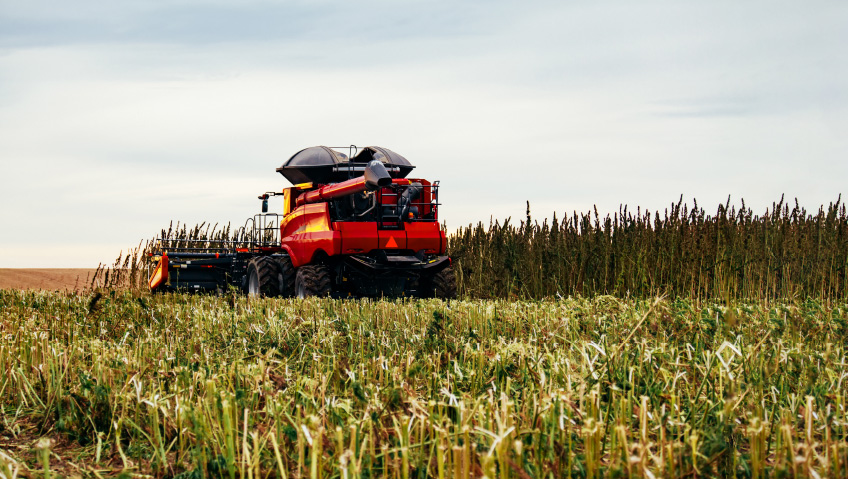 This broad range of stakeholders in the state of the hemp market includes hemp growers, processors, manufacturers, researchers, educators, investors, and consumers who know that a strong domestic hemp industry has a role to play in the repatriation of manufacturing processes. It has the potential to generate 66,000 jobs by 2030, $9 billion in economic output in rural areas, and a total economic impact of $32 billion, all while sequestering 8 million tons of CO2 per year, making it a profitable and sustainable industry for the long term.

Hemp, which is defined as Cannabis Sativa L with less than .3 percent Tetrahydrocannabinol (THC), is a multi-purpose crop with multiple revenue streams. Hemp has been used for more than 8,000 years for food, textiles, clothing, paper, and many other commodities and health products. Today, this versatile plant is found in a wide range of food, building, textile, bio-plastic, fuel and wellness products.

Highly regarded for its strength, sustainability, and phytoremediative properties—the ability to remediate soil and sequester carbon—hemp is an ideal rotation crop. It grows from seed to harvest in only 100 days, which means farmers can do more with less, helping to heal the soil at a time when the threat to arable land is at an all-time high.

As Erica Stark, Executive Director of NHA, notes of the hemp industry, “We have two kinds of distinct segments of the industry being the cannabinoid side and the industrial side, which have completely different applications, different levels of scrutiny and regulatory frameworks, and possibilities of end products.”

For instance, hemp seed can be used for protein and nutrition, things like cold-pressed oil, protein powder, and personal care products. Hemp fiber can be used for industrial outputs in the manufacture of construction materials, paper, textiles, and other parts and components.

Notably, hemp has been used in the manufacture of biocomposite parts for the high-performance automotive industry, reducing the weight of the parts by 25 percent while improving performance, fuel economy, battery life, and the reduction of emissions.

Even if pricing weren’t comparable, many consumers are prepared to pay more for hemp products, given their sustainable nature. This will enable the industry to scale while bringing costs and prices down.

A history of prohibition

Regardless of the countless advantages of hemp, as manufacturing equipment evolved during industrialization and as attitudes shifted, hemp was replaced by materials like cotton, wood, and plastics, which cost less, and were easier to produce.

This was the beginning of hemp’s demise in North America. In 1938, the distinction between cannabis sativa L variants was removed and blanket prohibition made it illegal to grow, possess, or even research the plant, which would set the industry back decades.

Ironically, there was a brief hiatus in these restrictions during the Second World War when the government encouraged farmers to grow hemp as part of the war efforts, but the ban was reinstated in 1948.

For seventy years, hemp remained illegal, during which time support for legalization mounted and the work of organizations like NHA became ever more important. A major push occurred in the 2000s and finally, in 2018, hemp and hemp seeds were removed from the U.S. Drug Enforcement Agency’s Schedule of Controlled Substances.

With the passage of the 2018 Farm Bill which ushered in the national legalization of hemp, many people, including Stark, breathed a sigh of relief that the hard part was over, but it was just the beginning.

“This is the hardest work—building the industry and setting about to prove that everything that we are advocating is true and possible,” says Stark.

From a legislative standpoint, NHA is working to advance an Industrial Hemp Exemption, which will create a sub-definition of hemp that is specific to fiber and grain and its industrial applications.

According to Stark, “If you’re growing hemp specifically for the harvest of the grain or the stalk material, you’d be exempted from background checks and compliance checking. In other words, if you’re growing industrial hemp for the fiber and grain, you’re going to be treated much more as if you’re a traditional row-crop farmer.”

Growing industrial hemp still implies accountability, but does not warrant fingerprinting, background checks, and the stigma attached to growing a crop that’s no different from corn or soy. Accountability is just as easy to enforce.

“Fiber and grain crops are evident by a visual inspection. You can identify them by just looking at them,” explains Stark, pointing out that that isn’t quite the case with cannabinoid varieties. Efforts are also being made to increase legislated THC values of industrial hemp to one percent, as, currently, it must contain less than 0.3 percent.

The NHA also advocates that the cannabinoid side of the industry must have sound regulations in place. As Stark says, “It’s rare to have an industry raising their hands saying, ‘Regulate me! Regulate me!’ but our industry desperately wants reasonable and sensible regulations. It’s the only way we can legitimize and open up these markets.”

Hemp is one of the last truly bipartisan issues. While the NHA is a national organization, it works at the state level via its Standing Committee of Hemp Organizations which has members from most of the largest hemp-producing states in the country.

Further, the NHA is supporting the Hemp Feed Coalition to get approvals for hemp as a nutritious ingredient in animal feed. Already fit for human consumption, the goal is to have hemp approved as an ingredient or certified as GRAS (Generally Recognized as Safe) for animals, which would expand the market for the leftover plant meal that’s a by-product of the dehulling process.

“We are doing that behind-the-scenes work to create a better regulatory path forward for the industry as well as helping to facilitate the building of reliable supply chains,” Stark says, to ensure consumer confidence and future viability.

While it was met with great enthusiasm, the 2018 Farm Bill led to the decline of hemp cultivation for cannabinoids through a rapid oversaturation of the market that drove down profit margins. This is something the NHA is looking to avoid with the hemp fiber and grain industry.

“We need to build supply and demand simultaneously instead of the lopsided flooding of the market, so it’s a ‘slow and steady wins the race’ kind of thing,” says Stark.

Additionally, global supply chain issues that were exacerbated by the COVID pandemic emphasized the need for resilient domestic supply chains. This is especially true of hemp, given that the U.S. is the largest importer of industrial hemp in the world.

“We have farmers who would welcome adding hemp to their rotation and we have manufacturers that are more than happy to include hemp in their end products. It is that middle piece of the supply chain, fiber processing, that is one of the major problems,” says Stark.

Efforts are underway to encourage the development of dedicated processing facilities and more specialized purpose-built equipment to ensure existing gaps in the supply chain are being filled.

The average commercial-scale processing facility comes with a $25 million price tag but promises a great economic return. On average, each facility employs 117 people, with an annual payroll of $6.1 million, and a $30 million total economic output.

Stark and the NHA are reasonable in their expectations, “It’s not that we think hemp is going to replace existing products, but we know that hemp can make those existing products better, stronger, and more sustainable.”

Before this can happen there will need to be better regulations, a more robust supply chain and the support of legislators, industry, and the public alike.

Consumers can vote with their dollars by purchasing and requesting hemp products, as well as their ballots by supporting leaders who understand the genuine value hemp can offer people, the economy and the environment.

A chance to do things right

“The hemp plant, the cannabis plant, is so diverse by its very nature it’s like it was meant for this purpose,” says Stark. “It brings people together. It’s one of the very few things that you can find that has bipartisan support and disenfranchised communities have been exorbitantly harmed by the prohibition of this plant, so it’s only right that we do everything we can to make sure they have a seat at the table.”

The hemp industry has a unique opportunity before it to build an industry that is fair, equitable, sustainable, and strong by its very nature, an industry where economic prosperity and environmental stewardship coexist.

To learn more about the NHA and how you can support their efforts, visit www.nationalhempassociation.org. 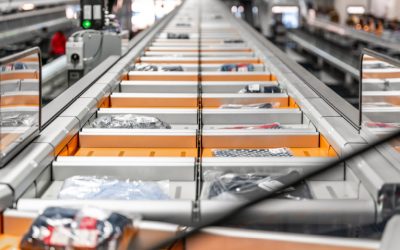