Celebrating the Past, Embracing the Future 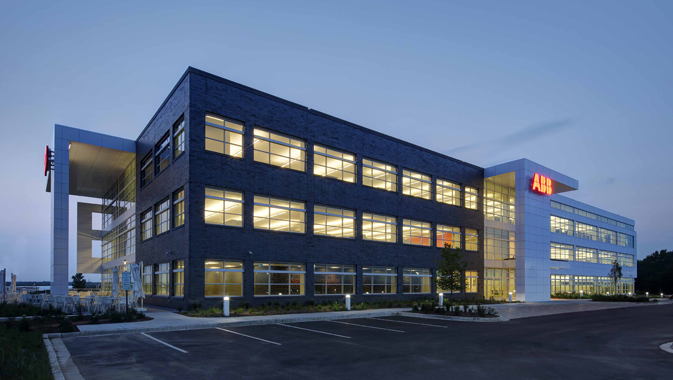 The City of Wauwatosa, Wisconsin is making a name for itself as an attractive place for businesses and new residents alike. Located near Milwaukee, Wauwatosa’s combination of small town charm, central location, and quick access to major cities has made it an attractive city in which to conduct business.
~
Part of the Milwaukee metropolitan area, the City was named for the Potawatomi Chief “Wauwautaesie”, whose name means firefly and they still glow on summer evenings. The City was initially established as an independent farming community in 1835 in the Menomonee Valley and became a city in 1897. Known as the “City of Homes”, Wauwatosa was the second city in the state to adopt zoning ordinances in 1921, designating specific land use for residential, commercial, and manufacturing operations. The original urban core still exists as its downtown area, while surrounding areas have a more traditional suburban look and feel as well as containing newer high-density apartment and townhome developments.

Mayor Kathleen Ehley and Development Director Paulette Enders spoke about Wauwatosa and why it is such a great place to live, learn, work, and play.

“We have a blend of a small town feel in the middle of a cosmopolitan metropolitan area,” Mayor Ehley says. “People here are passionate about their neighborhoods, taking care of one another and looking out for each other. We have an excellent school system, so we’re friendly for families, but we’re also great for young professionals who work in the city.”

Wauwatosa is noted for its K-12 public and private schools, including a 2014 ranking as 4th best high school in Wisconsin for Wauwatosa East High School by U.S. News and World Report. The population is highly educated with more than eighty-five percent of high school graduates going on to higher education. Of those over the age of twenty-five, fifty-two percent possess at least a bachelor’s degree and nineteen percent possess a graduate or professional degree.

As well, “We have a variety of housing stock,” Mayor Ehley explains, “from historic Victorian homes to new high-end apartment buildings. As our population increases, we seem to be the hotpoint for new housing development.”

Today, Wauwatosa is home to approximately 47,000 people and is enjoying a growth in population due to its spot along the busiest highway interchange in the state. Its location gives it easy access to not only downtown Milwaukee (15 minutes away), but the State Capital of Madison (75 miles to the west) and Chicago (95 miles to the south).

Wauwatosa has two primary local business districts and a number of major employers and corporate headquarters throughout the city. The Village Business Improvement District offers over one hundred stores, restaurants, and businesses in a quaint European commons setting next to the Menomonee River. Nearby parks, recreational facilities, and cultural centers have made “The Village” a favorite destination for locals and visitors alike. East Tosa, on the eastern side of the city, is a sixteen-block district along North Avenue with restaurants, bakeries, a movie theater, and shops drawing more people from all over the region. Both areas have become hotspots for trendy new shops and restaurants.

Another major district in the city is the area around Mayfair Mall, one of the largest malls in the state. Initially built in 1958, Mayfair has undergone a number of major expansions, with the latest expansion including the first and only Nordstrom in Wisconsin scheduled to open in 2015. The nearby Mayfair Collection shopping center recently opened featuring such destination stores as Nordstrom Rack, Saks Off Fifth, and the first Corner Bakery. Enders spoke about the planned developments for the future on this site. “There will be at least four or five new restaurants, as well as multi-family housing developments, more retail – including Whole Foods – and a central plaza where concerts and community events will be held,” she says.

Wauwatosa’s central location has given it an advantage over other parts of the Milwaukee metropolitan area and some of the state’s largest employers are located here. “During the day, our population swells to 75,000 to 100,000 people due to the number of employers in the city,” Mayor Ehley says.

The global headquarters for Briggs & Stratton Corporation, the world’s largest producer of air-cooled engines, is located here. The company designs, manufactures, markets and services outdoor power equipment engines for for original equipment manufacturers worldwide. Eleven million engines a year are made for generators, lawnmowers and more.

The largest employer in Wauwatosa is Milwaukee County Regional Medical Center (MRMC). Spread over a 250-acre campus, MRMC has the largest concentration of medical providers in southeastern Wisconsin and serves more than a million patients per year. MRMC includes largest academic health center in the region with a Level 1 Adult Trauma Center and a Level 1 Pediatric Trauma Center. The centre consists of six health care institutions including the Medical College of Wisconsin, Children’s Hospital of Wisconsin, and Froedtert Hospital. Together, these organizations employ more than 15,000 people, generating a tremendous economic impact on the region.

The global headquarters for GE Healthcare’s Clinical Systems, Global IT, and Interventional Cardiology & Surgery (ICS) are located in Wauwatosa. The $85 million headquarters opened in 2006 in the Milwaukee County Research Park next door to the MRMC. GE Healthcare provides transformational medical technologies and services that are shaping a new age of patient care.

The City of Wauwatosa has increasingly become a hub for biomedical research at its University of Wisconsin-Milwaukee (UWM) Innovation Campus. Located across from the Milwaukee Regional Medical Center, the Milwaukee County Research Park and GE Healthcare headquarters; the forty-acre campus provides synergy between medicine, academia, research and private industry. It is the newest development in Wauwatosa, and winner of five awards in 2014, including: Project of the Year by the American Public Works Association and CRE Development of the Year Award for ABB.

In addition, ABB, a Swiss company and leader in power and automation technologies, chose Innovation Campus as its LEED-certified regional headquarters because of its ideal location and excellent opportunities for local collaboration. Future plans for the Campus include an extended-stay hotel, upscale housing, and graduate school of engineering for UWM.

“It’s the convergence of the most diverse interests,” Mayor Ehley says. “We have buildings on the National Register of Historic Places that will be refurbished, and we’ve balanced the area with extensive amounts natural landscaping and low-wattage lighting to protect animals such as the monarch butterfly, which has a habitat on the Campus.” UWM Innovation Campus won the City Livability Award from the US Conference of Mayors in 2014. “The combination of high technology, environmental friendliness and natural prairie landscape setting has made it an award-winning development because we’ve had to balance a multitude of diverse interests,” Enders says.

Currently, the two full-sized campuses in Wauwatosa are the Medical College of Wisconsin (MCW) and Wisconsin Lutheran College. Satellite campuses have been established in the city by the University of Wisconsin-Milwaukee (UWM), Concordia University and Bryant & Stratton College. In addition, UWM will build a new graduate engineering and biotechnology research center over the next several years, and Marquette University (MU) has announced its intention to conduct research in Wauwatosa, with Carroll University considering the same.

To attract and retain businesses in the city, Wauwatosa has a business assistance program designed to help people start and grow their businesses. “We have made the process of bringing new business in as streamlined as possible,” Enders explains. “Staff provides one-stop shop service that guides businesses through the land use process, building permit process, and financial assistance, if needed.”

Besides being a great place to work, the City of Wauwatosa has become a desirable place to live. “We have very well-educated residents in our community, and we have a great variety of housing stock, so a lot of people who work here live in the city,” Mayor Ehley says. “Many companies have done research on where their employees live. Wauwatosa is the bull’s-eye and that’s where they want to locate their business.”

Wauwatosa is also noted for its community festivals and recreational facilities for its residents. The largest street fest is TosaFest, held in “The Village” every September. There’s plenty of food, music, and family-friendly activities, with proceeds going to local community organizations. Chili’n on the Avenue, a chili cook-off and street festival, and the Grand Prix -Tour of America’s Dairyland bike race take place in East Tosa every summer, drawing huge crowds from throughout the region and state.

Residents are passionate about their community. In 2006, a grassroots group of volunteers formed to revitalize Hoyt Park and bring back the 100-year swimming tradition. Successful fundraising led to the construction of a new pool and restoration of the historic bathhouse in 2011. Following on the pool’s success, The Landing at Hoyt Park was opened in the bathhouse. This European-style beer garden at the pool offers music, food and picnic space and quickly became a favorite community gathering place for all generations.

Since its founding, the City of Wauwatosa, Wisconsin has proven to be an optimal city in which to do business and a great place to live. With its recognition of the past and embracing the future, Wauwatosa will have years of growth to come.

“We are offering a lifecycle style of living,” says Mayor Ehley. “You can come in as a young professional and work in one of our burgeoning biotech companies, get married and buy a house, retire and still live in the community. You can put down roots in Wauwatosa,” she says.

“There’s no other place to be,” believes Mayor Ehley. “A lot of people can talk about quality of life. It is a wonderful place to live, learn, work and play. People are just passionate and proud of being here. It really is a way of life.”