Creating a Future in the Flower City 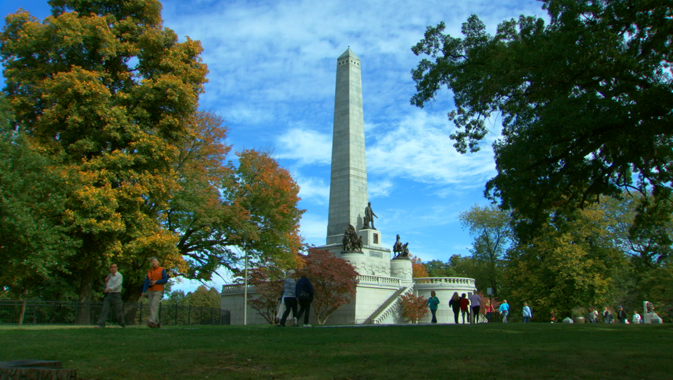 The best way to predict your future is to create it – Abraham Lincoln. Emboldened words from the 16th president of the United States, who found a place to call home in Springfield, Illinois. The small town of Springfield in which Mr. Lincoln resided from 1837-1861 was left behind when he went took up residence in the White House. Today, it is a city of which he would be proud.
~
With a population of over 117,000, nicknamed the Flower City, Springfield believes that to predict its future it must create it by fostering an environment where families, businesses and community are intrinsically interwoven to create an excellent quality of life. The city is prepared to take on this challenge with insight, innovation and responsibility, all for the sake of the pursuit of happiness.

As the Mayor of Springfield for 12 years and a former small business owner himself, J. Michael Houston knows very well this place he too calls home. He knows what businesses look for in location and Springfield fits the bill on all counts for any new or expanding business venture.

As the state capital located in Sangamon County, Springfield is the largest city in central Illinois, located at the intersection of Interstate Highways 55 and 72, and has a population reach of over 57 million within a 400 mile radius – the cities of Chicago to the north, St. Louis to the south and Indianapolis to the east.

“One of the nice things about Springfield is that you’re close enough to those three cities that literally anything that you want is within a very short drive from the community,” says Mayor Houston. “The community itself is extremely easy to get around. Being a smaller community, it is a very friendly community. It’s really an easy community to do business… the location really is ideal.” In addition to a healthy business environment, Springfield offers affordable housing – 10.9 percent below the national average and 7.9 percent below the state average. “Those numbers have been consistent for decades,” says Mayor Houston. “It does make Springfield a very desirable place to live, work and start a business.”

In addition to Interstate access, five railroads serve the city and Sangamon County, providing direct shipment to major markets through the U.S. with one day shipment to St. Louis, Indianapolis, Chicago and Kansas City, for example. Meanwhile, Abraham Lincoln Capital Airport, just three miles northwest of the city’s downtown, is a full service provider accommodating both passenger and freight services. It was voted the state’s best airport in 2000. As well, 2000 acres of land controlled by the Springfield Airport Authority, offers new industry low lease costs for distribution facilities.

“We’ve never been a city that’s led with our incentives; we lead with our natural attributes and advantages that are location, labor force and ease of access and transportation,” explains Mike Farmer, Springfield’s Director of Planning and Economic Development. “We’re not a huge city, but we’re a midsized city with all of the benefits of a larger city.”

A Huge Healthcare Sector
Springfield’s growing and diversified economy includes strong sectors anchored by public administration, healthcare, retail trade, and tourism, the latter three of which are experiencing continued expansion. The city also acts as a hub for medical and health care for central Illinois.

The city’s two main hospitals, St. John’s Hospital and Memorial Medical Center, are currently undergoing major expansions at costs of $200 million and $140 million respectively. St. John’s, a regional referral centre, is the city’s second largest employer, acting as a hub for tertiary care to the central and southern Illinois area. The hospital has over 700 beds with close to 600 physicians and dentists. Memorial Medical Center also serves the same region as a 600 bed acute care institution with over 400 physicians on staff providing specialized services and over 3500 employees providing comprehensive care. Both institutions work in affiliation with the Southern Illinois School of Medicine as a clinical setting for physician training.

“Healthcare is the area that’s actually our strongest and largest area of employment… that is an area where we continue to see expansion,” says Mayor Houston. “One of the things that we’re trying to do is make Springfield a regional health care center that literally will cover the State of Illinois from Indiana over to Missouri and down to [the] southern tip going north to Peoria.”

A Foundation for Education
Universities are huge generators of urban growth. New York’s late Senator Daniel Moynihan has been credited as saying that to create a great city it’s necessary to “create a great university and wait 200 years.” If this is a testament to Springfield’s growth potential, then it is well on its way. There is no shortage of colleges and universities in Springfield for those seeking higher learning in a number of disciplines.

“When you look at UIS they are in a growth mode where they are bringing in new students… that is creating some synergy around the university that will involve additional students who are spending money in the local economy [and] additional faculty which adds to the overall income of the community,” says Mayor Houston. “As I look on a long term basis, I think that the growth of UIS is extremely important.”

Mr. Farmer agrees, suggesting that, “Those educational institutions have formed partnerships among not only themselves but other key players and businesses in the city of Springfield… there are lots of alliances that complement one another and that’s been a really unique dynamic for Springfield. I don’t think anybody foresaw that 20, 30 years ago.”

A Great Place for Mid Sized Business
Springfield ranks 12th among the nation’s top 25 cities for doing business, according to Business Development Outlook magazine; Expansion Management magazine rated the city as a Five Star location for both expansion and relocation of medium sized businesses. The reasons for such accolades include the city’s numerous targeted programs. For example, Springfield was one of the first ten governmental areas in the state (since the mid-80s), to have a designated Enterprise Zone.

The Enterprise Zone program targets specific blighted areas or those with high unemployment. Any new business locating to Springfield’s Enterprise Zone is eligible for property tax abatement and sales tax exemptions on building materials purchased in the state for building rehabilitation or new construction.

Enterprise Zones have other incentives including Investment Tax Credits, Machinery and Equipment Sales Tax Exemptions and Utility Tax Exemptions. “The primary advantage that we see local and new investors take advantage of is the sales tax exemption on building materials,” explains Mr. Farmer. The city also boasts eight designated areas that are considered Tax Increment Financing (TIF) Districts to facilitate the attraction of private developers by using increased tax revenues as incentives for redevelopment and to fund improvements. This in turn enables employment opportunities and increased state and local revenue.

The city had the first TIF district in the state and these areas are home to a number of associations, banks, the homegrown HD Smith, a pharmaceutical distribution company, and even an FBI headquarters, for example. “It’s been a great transformation for Springfield,” Mr. Farmer adds. “When we closed the TIF we had a surplus of $6 million which we distributed back to taxing bodies… that’s been a very successful tax increment district.”

A Growing Retail Sector
As a regional centre in the state, Springfield is poised and ready for development in the retail sector as well, which is anticipated to draw in consumers from more than a 40 mile radius. The formation of a joint venture will open the Outlets of Springfield, a partnership between Legacy Pointe Development Company, Global Outlet Management and Simon Properties Group, Inc., that will have over 80 outlet stores and create approximately 800 to 900 new jobs. With a scheduled opening in 2015, the Outlets will provide not only a shopping destination but a tourist attraction.

“That also mirrors our growth in health care,” shares Mr. Farmer. “People come here for the health care; they also take advantage of the retail environment. Our traditional retail trade area has really changed dramatically in the last four to five years and that’s probably going to continue.”

Mayor Houston concurs. “We have been really, really strong from a retail perspective including the big boxes and the grocery stores that seem to have found Springfield.”

A Tourism Mecca
Tourism is big business in Springfield (which sees over 5 million visitors annually) given that it was the residence of Abraham Lincoln. Of course, he is immortalized for issuing the Emancipation Proclamation that freed the slaves. “There is something special about Mr. Lincoln that attracts people from not only the U.S. but literally around the world,” says Mayor Houston. “When we talk about the Abraham Lincoln Presidential Museum, it is the crown jewel of all presidential museums in the country.”

“Springfield really has a very powerful menu of things to do in addition to the Lincoln legacy,” agrees Mr. Farmer. The city is home to the Illinois State Fair, the International Carillon Festival, one of the world’s most prestigious events, and numerous street festivals, art galleries and museums. “There are an awful lot of activities that go on above and beyond.”

As Mr. Farmer concludes, “Springfield is in a great position for growth going forward for the next 20-30 years.” Creating a future indeed!