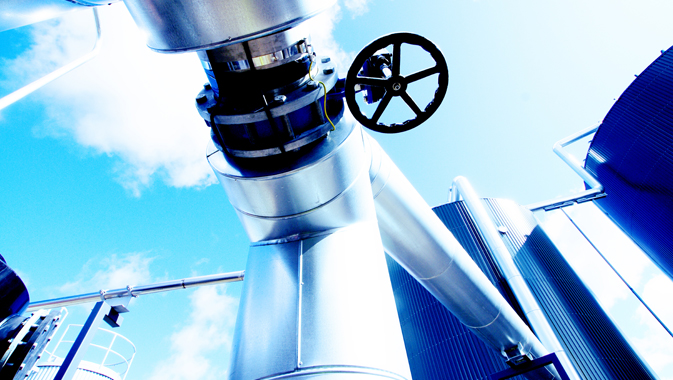 Olmsted Products develops custom made components – many of which have subsea applications – for the rigging and drilling industries. The company is also a worldwide leader in high flow, high pressure hydraulic valves.
~
The company is the oil and gas division of American company Oilgear, which manufactures fluid power and hydraulic equipment, including pumps, valves and motors. Business in Focus spoke with Josh Groves, the team’s chief technology officer, to learn more.

Olmsted Products was founded in the sixties in Traverse City, Michigan. Peter Olmsted was an aeronautical engineer from the University of Michigan who initially concentrated on creating inventive valves for the aerospace industry. He was one of the first people to work with computer aided manufacturing of machinery and there is a plaque in Traverse City to commemorate this. Over the years, his company started to drift toward oil and gas. As an industrial brand, offshore work became what the team was especially known for.

Olmsted Products’ parent company, Oilgear, was acquired in 2005 by a private equity firm after being a publicly traded company; Oilgear then acquired Olmsted Products in 2008. In a few months’ time, a new branding campaign will promote the new company name: OilgearOlmsted.

At the moment, Oilgear is revamping itself. It still has a great line of industrial hydraulic products, but Josh has a team trying to come up with the next great product lines for Oilgear focusing on oil and gas. One of the elements the business is looking into is hydraulic fracturing. “We are looking to sub-supply equipment,” he explains. “We have key people that we are partnering up with – some pretty big players to develop hydraulic fracturing equipment. We are also looking to do some other systems.”

Olmsted has three products that sell very well for it. The first is a line of riser anti-recoil valves. When drilling in 10,000 feet of water out in the ocean, a riser that runs all the way from the vessel down to the ocean floor is needed. There is a pull on it with a tremendous amount of force to keep it from bending. To keep it taut, this pull can sometimes be upwards of a million pounds of force. Every once in a while, something goes wrong and it will come flying up. Olmsted Products built systems that bring it under control when the riser either breaks or has to be disconnected from the well. “Our riser anti-recoil systems bring it under control,” says Josh. “That is our real mainstay and our highest selling product, from a revenue standpoint.”

The third product for the heave compensation industry is hose burst protection systems. All systems mentioned have very high pressure hydraulics involved. With offshore work, safety is very important, so all have systems to protect against the bursting of a high pressure hose or line. Olmsted Products systems react almost instantaneously to shut off any flow to protect people on board the rig.

Four years ago, Olmsted Products started a push to get into the subsea oil and gas industry in deep water. In the last year, it has gained a lot of traction and is starting to work with some of the biggest names in the industry. “We are selling them valves and hydraulics for subsea usage. We are also working on ROV (Remotely Operated Vehicles) control systems. Those are the little guys that fly around down there and have robotics on them, so we are doing hydraulics systems that are involved with the controls for the ROVs.” Olmsted Products also has a patented transfer barrier pump that is designed for subsea usage and has been generating a lot of interest.

Olmsted Products develops a lot of its own technologies but is generally not interested in patents because these do not give it a lot of protection. Oil and gas is a very global industry and that makes it very hard to protect patents all over the world. “It just makes it very difficult so patents on oil and gas can be a little pointless at times. We simply try to stay ahead of everybody else. Some people protect themselves with patents. We protect ourselves by constantly being the technology leaders.”

One of the more unique products that Olmsted Products has pioneered is the Elbow Plug Valve which it has made steps to patent. “My father invented the Elbow Plug when he worked here years ago. Nobody else has it; it is very unique. If you have hydraulics and you need to make a right angle turn, if you want to have a valve in that right angle turn then there is no more efficient way to do it then with the Elbow Plug.” It gets used in places where people are very concerned about the efficiency of the flow paths and allows them to open and close the flow path.

“Another thing that is a big concern has to do with heave compensation because the more inefficient your flow path is, the more variation you will have in your compensation system. You don’t want variation; you want it to be as even and flat as possible, so our valves are very widely used for that.”

Oilgear as a whole has 550 employees: one hundred are engineers – sixty of whom are in the U.S. Olmsted Products is the oil and gas division and also the research and development division for Oilgear. Josh works out of the research and development facility at Olmsted and says that its engineers tend to be very young. The company tries to find young people who are very excited about what they are doing and then shapes them into the kind of engineers it desires.

“We run internship programs looking for top talent in the math and science arena, just as any other cutting edge engineering company would do. We have ties with Michigan Tech, and half of our guys are from there.” Olmsted Products shows up to every career fair at Michigan Technological University.

Josh does not see the company as vertically integrated although it has ownership at different levels of the supply chain. It sells to very large original equipment manufacturers like GE and National Oilwell Varco, but that is where it stops. Olmsted is an engineering house. It does testing, puts the products together and then leaves the facility and delivery to others.

When it comes to competition, the company largely stands alone; the really big companies do not even try to compete. An example would be Bosch Rexroth. It does $12 billion per year in business, which is many multiples more than Olmsted, but Bosch Rexroth ends up coming to Olmsted Products for things it needs due to Olmsted‘s high level of technical capabilities. Also, because Olmsted is smaller, it is able to move more quickly than Bosch most of the time.

Oilgear is making a big push to get into supplying to markets like Caterpillar or CNH Industrial’s mobile machinery. “That is something that we just started ramping up because that is an enormous industry for hydraulics, and we have very little presence there. So there is a lot of opportunity to sell products to companies like Caterpillar.”

The company has test facilities in Traverse City that are unlike anything else in the world. Its flow test stands can subject its valves to flows of up to 15,000 gallons per minute, which is a tremendous amount of flow. In order to verify the critical safety valves that go out onto the vessels, it needs to be able to test to meet regulations. No other company does this. For this reason alone, in any sort of high flow applications, Olmsted Products has an advantage because it can actually test the product itself.