Where Business and Community Meet 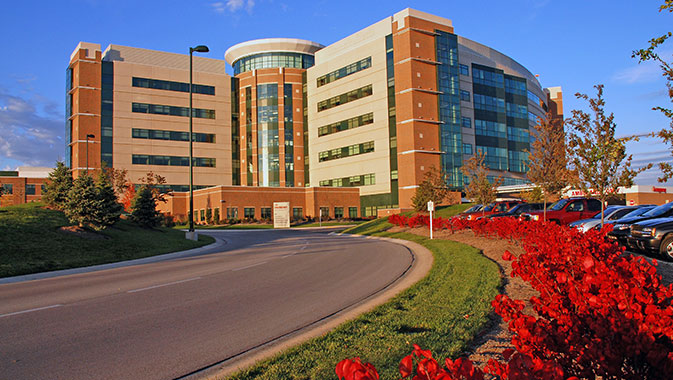 Wayne County, Indiana has everything needed to advance the development goals as laid out by its economic development corporation. We spoke with Valerie Shaffer, President of the Economic Development Corporation of Wayne County (EDCWC), to learn more. She says that the two main focuses of the EDCWC are to draw companies and businesses to the county and provide support to its existing business base.
~
Prior to its inception in 1993, economic development in Wayne County was the result of the combined efforts of the local Chamber of Commerce and business professionals in the private sector to promote the area. A few leaders within that group felt the need to organize an EDC that would be solely focused on marketing the assets outside of Wayne County as well as to support existing business base.

Community leaders worked to institute the Economic Development Income Tax (EDIT), a local option income tax for development. This 0.25% of the adjusted gross personal income of Wayne County residents is collected and half of it is then used to fund projects throughout the county. The county is rare since its economic development corporation is one of few in the state of Indiana that is solely supported by EDIT.

Most economic development organizations have some portion of private funding or other types of tax revenue, but Wayne County’s entire operating budget is financed by the EDIT. A portion of remaining funds is made available for deal closing, where cash grants are offered as an incentive for relocation or expansion and for public infrastructure improvements.

Valerie’s primary role is to handle the outside sales and marketing for Wayne County. She travels across the country with other economic development partners from the state to promote the area’s assets.

“There are various conferences that I attend throughout the year as well where I am building a network of professionals that I maintain contact with throughout the year. That’s also a way to generate leads from those site selectors that attend or those private sector companies that may have an expansion opportunity on the horizon.”

A trip is currently being planned that will take Valerie to Japan. Eastern Indiana is home to several Japanese-owned companies, five of which are in Wayne County. Mayor Dave Snow will be joining the delegation to thank executives of those companies for their investment into the county. Also on the list of places to visit will be its sister city of Unan City.

The East Central Indiana Regional Partnership sponsors and helps to organize some of these trips to meet with companies’ site selector consultants in their offices in markets such as Atlanta, Dallas, Cleveland, Chicago and New York.

The strategies used to sell the county are partially determined by a site selector consultant’s area of expertise. For example, some specialize in call centers, warehousing and distribution or advanced manufacturing. “You want to focus your efforts and tailor your discussion to the markets in which the consultants work, but primarily our location and access to major markets are something that we always hit home on.”

Richmond is on the border between Indiana and Ohio, along Interstate 70 which gives access to eighty percent of the U.S. market within a day’s drive. Indiana and Ohio still have predominately agriculturally-based economies, and food processing is one of the EDCWC’s target markets.

Richmond’s population of approximately 37,000 gives it the convenience of a small town. People can get across town in ten to fifteen minutes with no rush hour traffic. Richmond has a professional symphony, several arts and historical museums, a civic theatre and an indoor sports arena that accommodates volleyball, golf, basketball, wrestling and soccer. Even in the winter months, residents can remain active.

“We have the Cardinal Greenway, which is the largest outdoor trail in the State of Indiana as it stretches sixty miles from Richmond up to Marion. In addition, Richmond is very well known for its rich, historic architecture and wide array of homes that you can own, both old and new.”

The historic Depot District in downtown Richmond, based around the former Pennsylvania Railroad Depot, bustles with activity. The area is home to many local eateries and shops as well as one of two breweries in the county and a winery.

Despite the small town feel, it possesses big city amenities in the community and within a short distance. Wayne County is forty miles from Dayton, ninety miles from Cincinnati and seventy miles from Indianapolis. Day trips within an hour to an hour and a half drive can lead to major markets for additional shopping or sporting events. You can attend a Bengals game in Cincinnati or a Colts and Pacers game in Indianapolis.

Every year, Richmond participates in the Cost of Living Index compiled by the Council for Community and Economic Research and is always ranked in the top ten least expensive urban areas across the nation. In 2015, it ranked third. Many factors enter into that placement including the cost of housing, utilities and the costs of goods and services.

Workforce development is a concern everywhere. As the economy has picked up and companies have begun hiring again, this has caused the unemployment rate in Wayne County to drop significantly which translates into a tight labor force.

“We are really working to get those who are unemployed up to a skill level that makes them more employable. We have a program here in the region called Manufacturing Matters which is organized and delivered by Ivy Tech Community College. It is an Indiana statewide community college system.”

Manufacturing Matters is a twelve-week training program for which qualified students receive a full community scholarship to get the training they need to obtain certification recognized by fourteen area manufacturers. Ivy Tech Community College, where Manufacturing Matters is housed, is a regional campus that caters to the industries to ensure that their students have local job opportunities upon graduation.

Richmond has a wealth of higher educational opportunities. “I think we are very unique for a community of our size to have five colleges and universities that represent about 8,300 students. We are not known as a college town, as we do not have one large university, but we are home to Earlham College – a distinguished liberal arts school. Indiana University has a branch called Indiana University East with 4,500 students. They are focused on business, nursing and education.”

Ivy Tech Community College has affordable associate degrees and certificates, and Purdue Polytechnic is a branch of Purdue University in Lafayette that offers engineering and computer science degrees. There is also Bethany Theological Seminary.

These schools are an obvious way to bring more people into the county, and the EDCWC then takes steps to ensure that graduates have access to jobs that will keep them in Wayne County so they can have a successful career and start a family. “It’s also a good marketing tool for bringing in businesses who want to know from where the workforce is coming from.”

The area is home to Reid Health, who opened a new state-of-the-art facility in 2012. “They are our largest employer here in Wayne County and contribute significantly to our local economy.” They are a significant partner with local universities to provide educational opportunities for area students interested in medical careers.

Wayne County also has a long manufacturing history. Back in the sixties and seventies, production was predominately focused on the automotive industry, but that has diversified significantly over the years. The face of industry now includes sectors like food processing, advanced manufacturing (Including metal fabrication and plastics), information technology and warehousing and distribution.

Wayne County is a great place to live with a good standard of living, and the EDCWC has shifted its marketing efforts to emphasize this. “We have had great success over the last three years in bringing in new and expanding companies who are committed to growing our economy through investments and job creation efforts. For the first time, our organization is looking at ways to continue marketing to new companies, but also, how to market to bring new people in, to live and work in our community, grow our population and our tax base.”