Poking Around the Poconos 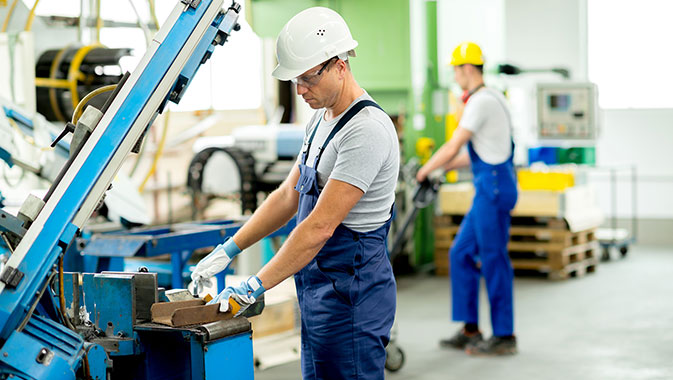 Commonly referred to as the Poconos, this mountain range lies in northeastern Pennsylvania. The wooded hills and valleys have long been a popular vacation destination lined with hotels and filled with a plethora of recreational opportunities. It is an area that sells itself, but the economic development organization is keen to continue as responsible stewards of the land with a goal to bring in more business without compromising its pristine nature and area.
~
“We’ve been a tourist destination since the early nineteenth century and have a long history of accommodating millions of visitors every year to our community,” says Pocono Mountains Economic Development Corporation Executive Director Chuck Leonard. Millions of people come here every year.

The Pocono Mountains Economic Development Corporation (PMEDC) was established in 1947, but the people who created it were active as a committee long before that. “It’s lost in the nether regions of history,” Chuck explains. “I can’t tell you exactly when it started, but 1947 is when it was incorporated.”

The region has seen significant growth over the last forty years, from 38,000 in 1970 to 168,000 in 2010. The population explosion has been a concern to the PMEDC. Infrastructure needs have had to be assessed and updated while keeping the area in its pristine state. It is quite the balancing act. A study took place in the mid-nineties called Monroe 20/20 which was part of a comprehensive plan by Monroe County to lay out a process for dealing with growth. However, market pressures made that endeavor quite a difficult one.

“We have a great place to live and lots of people moving in. We averaged three to five percent immigration from 1995 to 2003. It was phenomenal growth in that time frame. That, of course, puts a lot of pressure on infrastructure,” says Chuck.

The PMEDC is primarily engaged in attracting new industry and helping local industries grow, but it has also played a vital role in improving infrastructure. It built three sewage systems for the use of its industrial business parks and has provided financial assistance to three others. It has been aggressively pursuing state programs for which it is eligible.

Chuck says that those who came before the PMEDC were superb stewards of the environment. Eighty-five to ninety percent of the county’s land mass is protected by special protection designations including exceptional value waterways, exceptional value wetlands, high-quality streams, and cold water fishery. These official designations require specific levels of care when performing construction activities, treating sewage, or managing storm water.

Some of the largest businesses in the Poconos are a direct result of the owner taking a vacation, loving the area and the surrounding natural beauty and deciding to set up shop. Sanofi Pasteur, the vaccine division of the multinational pharmaceutical company Sanofi located here in the late nineteenth century.

“It is the largest vaccine producing facility in the world with over 2,700 people working within. It came here when one of the key participants in perfecting the smallpox vaccine – Richard Sleigh – fell in love with the area,” says Chuck.

Another example of how the beauty of the area brought businesses in would be the Weiler Corporation. It manufactures power brushes and coated, bonded, and non-woven abrasives for surface finishing, deburring, grinding, and cleaning. It moved into the Poconos and employs over three hundred people.

Since 1995, one of the targets of the PMEDC was to attract small manufacturers. Since 1998, twenty-three – mostly small – new businesses have come to the county. This has come to fruition due to the access to the primary marketplaces to the east and south and the readily available labor in the Poconos.

“I think that many of the companies we brought here started as operating plants in New Jersey and New York. They chose to expand here because some of their workers were actually commuting from here to there. We still have a number of enquiries on a regular basis from small manufacturers, and we still think that we are a pretty good area for that type of thing,” says Chuck.

These are comparatively advanced manufacturers that Chuck believes will sustain themselves over the coming years, and the hope is to continue to attract these types of small manufacturers. Looking at the history of the Pocono region, there has never been a higher percentage of the workforce engaged in manufacturing. In the rest of the country, that is not the case.

“Most of this country has been going through a significant decline over the last ten years in the number of manufacturers. In some cases, over fifty percent! Our numbers have not increased significantly, and we have lost some manufacturing jobs, but we’ve also replaced them with smaller manufacturers,” says Chuck.

There are six hundred acres of site development for new and existing businesses. In the 1980s, a study was done that identified sites around the county that could be cost-effectively developed for business. That particular study was not acted upon.

“We knew the study, went back and had another look. We were shocked to find that, of the twenty sites that had been cited as potential locations where business sites could be created and developed, there were only eight of them left. Most of the others had been acquired, either for housing or the construction of schools,” says Chuck. The county commissioners, in cooperation with the PMEDC and its partners, set out to acquire and develop the properties that remained.

“Our agency has developed a number of parks down in Stroudsburg years ago, and those are fully built-out and operational. We’ve seen some turnover regarding industries there, however, all but one of those buildings is now sold, so that continues to generate a premium for our marketplace,” Chuck explains. The new sites have preserved a significant amount of acreage for the future building of job-creating industries for the people of Monroe County.

The PMEDC is a small organization, and its marketing budget is small, so it collaborates regionally with the other three Pocono counties on a variety of marketing initiatives. It also contributes to a magazine that highlights area attractions. “We try to stay close to the vacation bureau as they have a great marketing budget, and we try to tag along from name recognition to take advantage of the millions of dollars that are spent to support that name,” says Chuck.

The PMEDC also works with the larger region in Scranton and Lackawanna and participates in the regional economic development marketing organization known as Penn’s Northeast. The PMEDC has been a long-time supporter of that organization and the two groups pool resources to advertise or attend trade shows.

One of the primary advantages for the PMEDC is, of course, its location. “We are ideally located for visitors. If you don’t want to be in a major metropolitan area, you could be here and still get there in a cost-effective way. We have an excellent transportation system.”