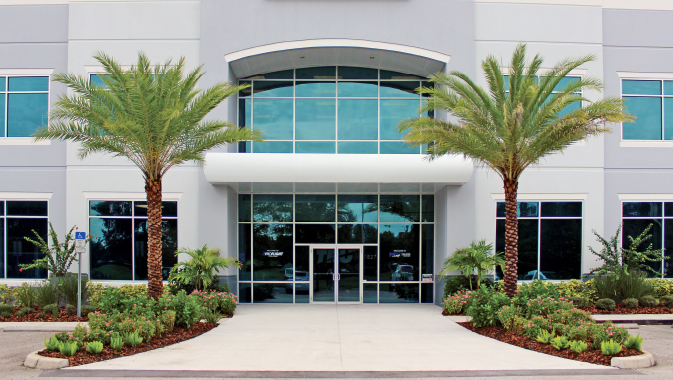 Pasco County taps into the culture and vibrancy that is West Central Florida yet maintains its own unique character as a thriving business center. Under the leadership of a highly experienced team of professionals with decades of cumulative knowledge in business development, international trade, economic development and team building, the Pasco Economic Development Council devises unique and highly practical strategies to attract a range of businesses to this scenic Florida county.
~
Created in 1887, Pasco County was historically an integral part of Florida’s citrus-growing industry. Today, the county is home to a diverse range of business as the area continues to grow and look towards the future. This is one of the top forty fastest-growing counties in the United States and was recently named a hotbed for small business and entrepreneurial growth.

Florida’s Pasco County has implemented several forward-thinking, highly-strategic initiatives since the Pasco Economic Development Council (Pasco EDC) was created in 1987, with the goal of fostering the county’s economic vitality and business development opportunities. As the Pasco County does not have a chamber that covers the entire county, Pasco EDC serves as the unifying, county-wide business organization for the county.

“I would say we punch well above our weight,” says Bill Cronin, president and chief executive officer of the Pasco EDC. “You will not find other economic development organizations – even larger organizations – that have the whole continuum of business services that we offer: all the way from incubators to services for large corporations with revenues in the millions. We really reflect that desire to make sure we are offering opportunity to all of those different socio-economic tiers, not just high-wage/high-impact but make sure we have opportunities across the economic spectrum true robust economy.”

A skilled leader, Cronin has held his position at Pasco EDC since January of this year, when he was hired after a nationwide search to lead the eight-person organization responsible for economic development, business retention and expansion in Pasco County. Cronin’s impressive career in economic development spans a quarter of a century and includes serving as economic development director for the City of Charlotte and executive director for the American Red Cross. He has also held key positions with the Atlanta Development Authority, Enterprise Florida – where he specialized in international trade and business development – and other well-known organizations like the South Carolina Department of Commerce.

One of the county’s most successful fundraising initiatives, a one-cent sales tax referendum dubbed Penny for Pasco, passed not once, but twice. It immediately piqued Cronin’s curiosity. “The referendum goes not just towards education and transportation, but twenty percent of it goes to economic development, and that really got my attention. This was a community that understood economic development to the point that they went ahead and pre-funded economic development programs before having the need to. Rather than being reactive, they were a very proactive community.”

The program still receives overwhelming support. The new distribution took effect on January 1, 2015, with forty percent of Pasco County’s share distributed toward transportation improvements and to address traffic congestion; twenty percent toward economic development and job creation; twenty percent for the acquisition of environmental lands and twenty percent toward improving public safety. Although a cent may not seem significant, the Penny for Pasco program continues to be a success and foster growth in the county.

“Right now, it is forecast that over the ten years, it should generate about $56 million of sales tax revenues that we can use towards economic development activities,” comments Cronin. The revenues serve the county’s current population of approximately 500,000 that is spread over 868 square miles in the Tampa Bay area.

The Pasco Economic Development Council remains true to its founding vision of fostering the county’s economic vitality and business development opportunities. With the goal of creating a sustainable and diversified economy, the PEDC is committed to making Pasco a terrific place to do business, work and live.

The supportive and knowledgeable Pasco EDC business development team is active in providing assistance with funding and resources to expand businesses, coordinating job and workforce training programs, obtaining permits and assisting with regulatory requirements and liaising between state and federal agencies. It links directly to business leaders in the Tampa Bay region through its membership in the Tampa Bay Partnership. It also provides current demographic figures for Pasco County and the Tampa Bay region, makes lists of the county’s commercial and industrial buildings and sites available and a great deal more.

Pasco County is well-equipped to handle a range of business needs from its ideal location just thirty miles north of Tampa and approximately fifty miles west of Orlando. It is by Pasco County Public Transportation and has convenient access to Interstate 75, the Suncoast Parkway, U.S. Route 19, Routes 98, 301 and 39, three rail lines operated by CSX, municipal and private airports and the nearby deep sea Port of Tampa.

Businesses relocating to or expanding into the area are able to serve the Southeastern United States as well as local consumers and can use Florida as a springboard into Latin and Caribbean markets.

“We are very well suited for industries including aviation and healthcare,” says Cronin, noting that the area even has aviation simulators in seven of its elementary schools. “Everyone says they are well-suited for advanced manufacturing today, but we actually are. Pasco County is located in an area that has a very high quality of life, and with that, you’re not going to see traditional smokestack type of industries here, but a lot of clean industries respecting this wonderful place we live in. At the same time, we’ve got a great workforce that’s able to participate in that.”

Where other communities will use somewhat vague terms like ‘shovel ready,’ Pasco County is working with site selection expert McCallum Sweeney Consulting of Greenville, South Carolina to create very specific site certifications for its available properties. “We are talking about true certification that is a nationally industry recognized qualification,” comments Cronin. The State of Florida has very few certified sites, and none are in Central or South Florida, so the economic development council is confident of increased future activity in the area. Businesses coming to Pasco County will be aware of amenities available and sites that are ready for their business growth.

One of the largest investors is the county itself. As a non-profit 501(c)(3) organization, the economic development council operates more like a private-sector company, which enables it to employ creative methods for marketing, including print and social media, blogs and regular outreach, along with taking a highly proactive, targeted approach.

Additionally, the state has undergone some recent changes with regard to business attraction, and the local regional organization, Tampa Bay Partnership, has pivoted from being a marketing organization to an advocacy/policy organization. “So it behooves us as an organization to go direct now to both the site selection community, as well as companies who want to relocate,” continued Cronin.

The economic development portion of the funding has a review committee that examines applications, and the board of county commissioners then approves the proposals. Cronin says some $3.2 million in Penny for Pasco revenues will be deployed over the next three years towards four area of emphasis, and these are beyond what is already being done for the county as the economic development agency.

“We are not supplanting any types of funds for programs we are already doing,” he says. “We use this very specifically for those things that are over and above, making us more competitive in that process.”

With the help of McCallum Sweeney Consulting, the county has a program of site development in which the county will certify up to 2,500 acres of industrial sites for either industrial users or industrial parks, with at least one being a mega-site. Rather than being presented as simply large tracts of land, these sites have specific timelines for necessary infrastructure including utilities, transportation and even workforce. As a result of site certification, landowners can be competitive because they are receiving an official seal of approval, which will bring more industry and create more jobs.

Pasco EDC also has an entrepreneurial program called SMARTstart that began just two years ago with a small amount of money. Pasco EDC was able to open incubators, create a microloan program and have a truly entrepreneurial spectrum of business services. The SMARTstart brand has now expanded to include everything from start-ups to existing companies. Additionally, Pasco EDC has a full-scale international program, which includes export trade counseling. This helps companies find overseas markets through trade missions, working with U.S. Commercial Services abroad and Enterprise Florida’s foreign office network. The international program also encourages and promotes foreign direct investment with a focus on foreign companies looking to expand to Pasco.

Next year, the Pasco Economic Development Council will be celebrating its 30th anniversary. At its annual awards banquet in September, the organization unveiled a new brand, and mission statement. “The economy has changed over the years,” says Cronin, “so we feel this is a really, really good time for Pasco County to shine and to be that next area of growth and really be the most economically competitive county in the state.”

There is competitively-priced land available, an educated and skilled workforce, quality education, an ideal location and plenty of lifestyle amenities including parks, over 25 golf courses, canoe trails, four artificial reefs – one comprised of surplus military tanks – and much more, making Pasco County the perfect place to work, live and play.