A Wealth of Experience 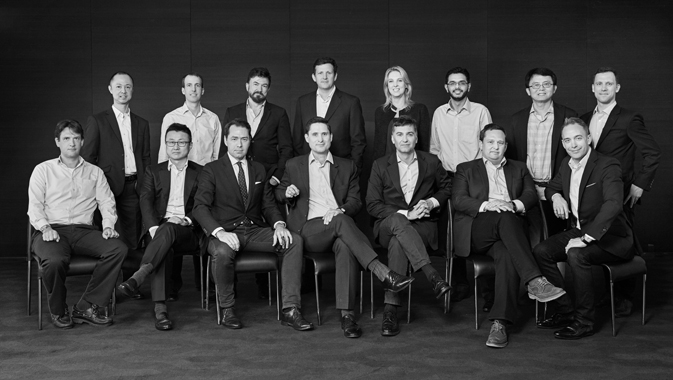 The firm was named 2016 Dealmaker of the year by M&A Advisor and one of the Top 50 Global M&A Dealmakers by The Global M&A Network. Rellie is rightfully proud of the phenomenal growth that BDA Partners has experienced. The firm has transformed from an innovative start-up into one of the leading independent investment banking firms in cross-border M&A transactions involving Asia.

BDA was founded in 1996 by Rellie and his friend Charlie Maynard. At that time, Euan was working in Asia for British investment banking firm Schroders, which is now part of Citigroup. He had been working at Schroders for six years in both its American and Asian offices. He felt that the work he was doing would suit a start-up enterprise better than a big bank and would fill a growing need from Western corporations that were looking at expanding into Asia.

“In those days, it was helping [Western corporations in Asia] to do small joint ventures and acquisitions which might be $10 or $20 million in value, and it was hard for a big investment bank to make real money from doing that. But there was clearly a huge need because it was clear that Asia would become a big deal for Western businesses in the future.”

Euan also sought to connect the vibrant, entrepreneurial spirit he had found in New York with the growing opportunities he saw in Asia using his experience with both markets. So it seemed like kismet when he met Charlie Maynard, who was working for Jardine Matheson Holdings, a large trading house that was well-established in Asia.

“Charlie said to me, ‘I love Asia, but I’d like to do something more entrepreneurial.’ I said I feel the same, and we decided to sit down and write a business plan. We spent six months planning what BDA might be, and then we summoned up the courage to quit our jobs and apply for visas to the U.S. And we set up the company with $75,000 of each of our life savings, which obviously felt like a lot of money at the time, but it was a good time to do it. I was twenty-seven years old and Charlie was twenty-five years old, and it felt like a good time to take some risk.”

This partnership and the company formed by it have been together for twenty years, as the two built both a friendship and a growing and successful firm. “[With Charlie], it’s been a bit like a marriage, with the ups and downs that a marriage has, but it’s been fun. I’ve been ‘married’ to Charlie longer than I’ve been married to my wife.”

For the first years of BDA, Rellie and Maynard spent their time shuttling back and forth between New York and Asia, working hard to drum up business. They worked with a handful of employees, mostly interns. It took fifteen years for BDA to reach $10 million in annual revenue. But this hard work and persistence has paid off, as BDA Partners now takes in $30 million in revenue and has over eighty employees, twenty of whom are located in Shanghai, which is BDA’s biggest office.

BDA has won the prestigious M&A Advisor Firm of the Year award in 2014 from the Association for Corporate Growth (ACG) New York. This is the leading association for middle market mergers and acquisitions dealmakers and business leaders. BDA boasts a team with a broad range of skills and mastery of the languages and business customs spanning all countries in Asia.

“We have eight offices in Asia, ranging from three or four people all the way up to twenty. We are a fairly sprawling enterprise. We’ve set up a footprint now that we think sets the course to double our revenues to $60 million by 2020. That’s the path we are on, and we are happy to discover that we are having greater success on bigger deals and as Asian markets develop—particularly Japan, Korea, and China are now very important players on the global business stage—that makes attaining our goals much easier.

“Particularly the private equity industry has matured in Asia, so they need the same kind of sophisticated investment banking services that companies use in the West. So what we tell people today is that BDA has learned and developed ‘best of breed,’ mid-market investment banking skills in the West, and we apply those to the extent possible to the exciting but treacherous emerging markets in Asia,” explains Rellie.

Markets are, of course, affected by politics, and one of the most significant events of late was the election of Donald Trump as President of the United States—a president who has clearly articulated his disapproval of American companies seeking to locate manufacturing and other facilities abroad versus domestically. But Rellie sees both hazard and opportunity in this development.

“Naturally there are some significant concerns about the Trump administration, which is unpredictable. People making investment decisions prefer predictable, stable government administrations; they don’t like wildcards on the whole. But having said that, as a banker, the instability creates opportunities of its own, so I would say today U.S. companies are still ambitious to grow globally. Although President Trump does not want U.S. companies to manufacture overseas, it is likely that U.S. companies have to pay lip-service to that to some degree, but obviously ambitious companies will still want to manufacture and offer their services all over the world, so that hasn’t really slowed anything down.”

To Rellie, BDA is in a prime position to assist companies, both in Asia and in the United States in navigating the current geopolitical climate.

“The role of BDA is really to try to smooth the way for companies who want to invest across borders, and I think we’ve proven by our track record—we are closing twenty-five or more transactions a year now—we’ve proven we can help people get deals done. Politics is often a worry, and it’s not just the Trump administration, there are also foreign exchange controls in China because the Chinese government is terrified of money going offshore too quickly. Politics will always be there as a challenge, but the best investment banking advisors find ways of getting deals done. We’ve never been busier.”

And BDA is busy indeed. Rellie reports that BDA was able to grow their revenues over forty percent in 2016, and it has very significant growth ambitions for the next three to five years. The long, patient grind of growing the business and expertise has begun to pay off.

“The real magic as a business leader is that, for the first ten years, we had to go around knocking on doors to get people to hire us. Nowadays we are getting inquiries inbound to us—ten or twenty people a week around the world wanting to hire us. Obviously that’s a pretty exciting point in the history of a company. It feels like now is a promising moment.”

BDA Partners has reached a stage in its development in which it can provide solid strength to big clients and boutique-level attention even on smaller sized deals. Rellie sees this as one of BDA’s greatest strengths and one that distinguishes it from other firms.

“We are pretty unique. It’s unusual to have seventy-five bankers split across ten offices around the world. We have a pan-Asian footprint of offices. We’ve had real stability in the senior management level, and that’s been very reassuring to our clients.

“The distinction is that we’re big enough, solid enough, and stable enough to be able to represent our clients in a powerful and effective way, but we’re still small enough and entrepreneurial enough that our clients know that if they hire us on a $200 million deal, they will get our full attention.”

Where is BDA going in the future? One of the challenges that Rellie identifies for BDA Partners, as a forward-looking, progressive firm, is the need for increased gender diversity in upper management at BDA. He notes that this is a strong priority for BDA to support the growing representation of women at the senior management level in the company.

“We would like to have more senior bankers in our organization that are women. Of the top fourteen people in our firm, only two of them are women. Something that we are very passionate about and we need to address is that we have a lot of women at the junior and mid-level of the company and not enough at the senior level. We want to be progressive and inclusive. We love the idea of having more diversity—diversity of religion, nationality, culture, and sexuality, and everything else.”

Another future focus identified by Rellie is not only to grow larger but to develop BDA’s depth of expertise in areas such as consumer, luxury, and healthcare, as well as in technology, an area that is the fastest-growing and is responsible for half of the M&A fees in the world currently. To facilitate this growth and expertise, BDA has hired a full-time managing director who is the head of internet and digital media in its Hong Kong office.

Rellie also expects to add five to eight new managing directors to the staff to support this growth in industry-specific expertise over the coming five years. The company is on a course to double its revenues to $60 million by 2020. The future for BDA is one focussed on progressive growth and expansion based on a solid history and a well-oiled team of talented professionals, according to Rellie.

“We’ve eked out a very distinct niche for ourselves, and there’s a huge amount of confidence within the leadership of our firm. We have eight partners and fourteen managing directors. Most of these people have been with BDA for more than ten years, so we’ve built a really good, happy, and well-functioning group. We feel very positive about what we can achieve over the next five years, and that makes going to work every day more fun and more rewarding.

“We’re driven, and we’re ambitious, but we’re not just another investment bank. We are passionate advocates for a connected, global economy. We are, in some small way, building a happier, more harmonious, more inclusive society.”