An Innovative Approach to Economic Development 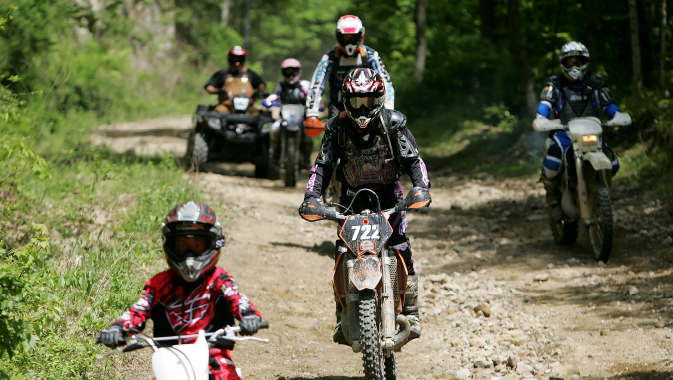 Located in southwestern West Virginia, Mingo County is in the heart of coal country. In response to the decline of the American coal industry, the Mingo County Redevelopment Authority is forming strategic partnerships and embracing new opportunities to diversify the county’s economic base.
~
For nearly 100 years, coal mining was the core of Mingo County’s economy. Large coalfields in the area sustained thousands of well-paid jobs. The county is home to 25,000 residents, many of whom have deep ties to the coal industry.

“About 15 years ago, the county’s leadership realized we would have to eventually diversify away from the fossil fuel based economy,” Johnson says. The MCRA formalized these efforts by creating its Land Use Master Plan (LUMP), a county-wide plan developed to provide opportunities for development, growth, and quality of life improvement through reuse of post-mine land.

The LUMP identifies sites that will become available when mining is completed, which can then be redeveloped for industrial, educational, recreational, and agricultural reuse through public-private partnerships. Coal mining companies, land companies, regulatory bodies, and local development agencies collaborate to plan and finance post-mine land reuse projects.

Coal companies find these opportunities attractive, as investing in redevelopment helps to avoid the expense associated with restoring the land to its original contour as required under state and federal regulations. “It’s a win-win for both the industry and the county because we’re using private sector investment to leverage these opportunities that wouldn’t have been possible otherwise,” Johnson says. These partnerships are crucial to the area’s economic renewal. “Before, we were standalone entities because we were all capitalizing on fossil fuels; but now we realize that there are regional efforts and partners that we can utilize to put us on a path to economic recovery. “

Among the county’s successful redevelopment projects is the Air Transportation Park. The new Mingo County Airport is a post-mine land reuse project on which the MCRA collaborated with Alpha Natural Resources, Pocahontas Land Company, the Federal Aviation Administration, and the West Virginia Aeronautics Commission. Alpha Natural Resources donated the 900-acre site at no cost to the taxpayers after mining was completed in 2011. “Had we tried to develop a transportation park without these partnerships, we would never have had that opportunity, as it would have cost over $50 million,” Johnson says. Investments in the project included $10 million from the FAA to complete the paving of the runway and taxiway, and install fencing, lighting and wind instrumentation.

Mingo County now boasts an airport with a 5,000-foot runway, surrounded by five hundred acres of developable land. The county recently qualified for a grant from the US EDA to extend water and sewer service to the transportation park, and construction of hangars and a fuel farm is currently in progress by the Mingo County Airport Authority. Within two years the airport will be fully functional and available for development. The MCRA is already seeking development opportunities and plans to conduct a feasibility study on the potential for creating a program for training aircraft and avionics equipment mechanics and technicians.

Another notable post-mine land use project is the construction of 12 miles of King Coal Highway in Mingo County. The King Coal Highway has been designated as a segment of high priority corridor in the National Highway System. When complete, the I-73/74 corridor will span approximately 90 miles in southern West Virginia from Williamson to Bluefield. “Construction of the Mingo County section of King Coal Highway as a post-mine land use project represents an innovative and effective use of transportation dollars,” Johnson said. “As a result of this unique public/private partnership, Alpha Natural Resources constructed 12 miles of roadbed to federal and state highway specifications while mining was taking place. Upon completion of the mining activity, both the roadbed and the utility right-of-way were conveyed to the highway department at a savings to tax payers of nearly $300 million.” Approximately 700 acres of developable property were created during the construction of this highway segment, positioning Mingo County for recruitment of new business and industry that was, otherwise, hindered by the area’s mountainous terrain. “This smart growth corridor has already allowed for the construction of a state-of-the-art comprehensive high school and the start of a new housing development site which will afford residents an opportunity to move away from the area’s flood-prone valleys,” Johnson said.

In 1999, the MCRA partnered with several government agencies and private sector organizations to transform a reclaimed surface mine site into the James H. (“Buck”) Harless Wood Products Industrial Park, which won an award from the EPA for brownfield redevelopment. The value-added wood products industry has been a successful addition to the local economy, due to the availability of quality hardwood, affordable energy, and a capable workforce. It was the transformation of this traditionally reclaimed mine site into a productive, job-creating industrial park that led to the conception of the Land Use Master Plan, which facilitates the configuration of mining sites into productive economic uses (i.e. highways, airports, golf courses, etc.) while mining activity takes place, rather than post-reclamation.

Recreational facilities are also forged in Mingo County as post-mine land use projects, the most successful of which is the Hatfield-McCoy Trails, a world-class system of off-road trails popular for all-terrain vehicle (ATV) and dirt bike riding. Former strip-mining land has been transformed into this unique attraction spanning hundreds of miles in Mingo and the surrounding counties.

“As we’re experiencing this increase in ATV tourism coming into our rural communities, we realize that there are opportunities for entrepreneurs to open hotels and cabins, restaurants, and other attractions. When riders come to southern West Virginia, they’re looking for other things to do as well,” says Johnson.

Also along the lines of recreational opportunities is the Twisted Gun Golf Course, a PGA-style course overlooking the pristine ridgetops of Central Appalachia. Opened in 2002 as one of the state’s finest public courses, Twisted Gun represents yet another of the county’s innovative transformations of a former mine site into an economic opportunity.

With hopes of eventually marketing Mingo County as a recreation destination, the MCRA partners with the West Virginia Small Business Development Center and other agencies throughout the region to foster entrepreneurial development through business coaching and facilitating access to capital.

The MCRA’s overall mission is to leverage the county’s natural assets into job creation opportunities. “We see post-mine land as an asset for agriculture and forestry,” says Ben Gilmer, President of Refresh Appalachia, another of the MCRA’s development partners.

Refresh Appalachia is a social enterprise of the Coalfield Development Corporation, a not-for-profit company that describes itself as “a family of social enterprises working throughout the region as a leader in the building of a new economy during the wake of the coal industry’s rapid decline.” Refresh Appalachia is an economic and workforce development initiative focused on developing sustainable agriculture and employment in southern West Virginia.

The Mingo County Redevelopment Authority has a multi-faceted partnership with Refresh Appalachia to provide education and training to displaced workers, create living-wage jobs, and ensure that local communities have access to healthy, sustainable foods, while making beneficial reuse of surface-mined land. “In West Virginia alone, we spend $8 billion per year on food, but produce less than $1 billion worth. We see that as a huge opportunity,” Gilmer says.

The MCRA and Refresh Appalachia have also qualified for federal funding to construct a large aquaponic farming facility that will raise freshwater fish and grow fresh produce. As part of Refresh Appalachia’s commitment to sustainability, the facility will use solar power as well as geothermal energy from an abandoned underground mine. Once completed, the aquaponic facility will create jobs and produce fish and vegetables to be distributed throughout the region.

Refresh Appalachia strives to provide job skills training and career placement opportunities for unemployed and underemployed individuals. This is accomplished through the “33-6-3” model, in which participants perform 33 hours of paid job training, attend six hours of class at a local community college, and engage in three hours of life skills mentoring each week. At the end of the two and a half year program, participants graduate with an associate’s degree, along with the hard and soft skills necessary to succeed in a new career.

The MCRA is confident that displaced workers from the coal industry have valuable skills that are transferrable to the new jobs being created in the county. “We first started trying to diversify the economy 15 or 20 years ago. For those 15 or 20 years we have been working toward diversification by creating these developable sites, but in reality there was not an available workforce while coal was still providing many jobs. We are at a point now where we have these opportunities that we’ve been working toward and also have a skilled, available workforce.” Another partner in the effort to revitalize the county is the Appalachian Hatchery project of the Robert C. Byrd Institute, a business incubator designed to help small businesses identify new markets and ways of retooling their manufacturing processes to produce new products.

“I think the one good thing that’s come out of the decline of the coal industry is that we’ve built more collaborative energy around working to diversify and identify new opportunities,” Johnson says. “We’re cognizant that while coal has afforded us very sustainable lifestyles for many years, it will continue to provide opportunities for us through the development of these post-mine land use projects. We’re not forgetting our coal heritage as we move forward.”

Even as Mingo County embraces new economic opportunities, the community is bound together by the culture of coal mining. “Coal miners have such a deep sense of pride in their hard work. Coal has powered the nation and contributed to our energy independence for so long. That’s one of the reasons the thought of diversifying away from an economy sustained by coal is a challenging concept for coal communities to embrace. Change is always difficult.” Through successful partnerships and investments in redevelopment, the MCRA is transforming Mingo County’s economic landscape.