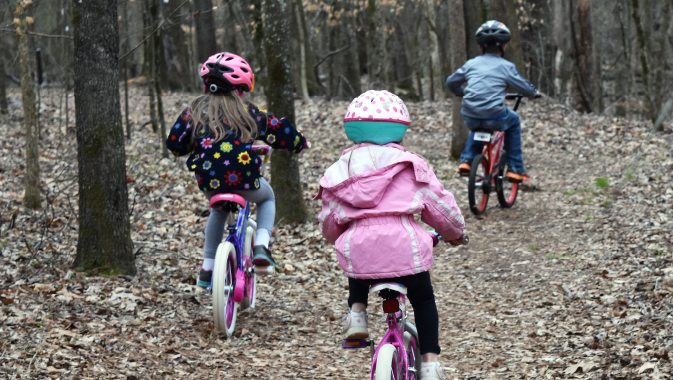 Fayetteville, Georgia, is a historic Southern city that is growing and embracing new development. A vibrant downtown area and investments by the entertainment industry are fueling the city’s growth.
~
The City of Fayetteville, Georgia’s vision is “to become a premier city by enhancing the quality of life of residents through effective and efficient service delivery, smart growth development, and exciting economic and recreational opportunities.”

Located just south of Atlanta, Fayetteville offers the charm of a small town with convenient access to all the amenities of a major city. This outstanding quality of life sets Fayetteville apart from other cities in Metro Atlanta. The city’s website describes it as “the best of big-city vibrancy and small-town community.”

“The quality of life that we’ve been able to maintain is exceptional compared to neighboring communities. Fayetteville is not readily accessible from the interstate, which has helped us to control our growth,” says Economic Development Director Brian Wismer. The city is currently home to just over 16,000 residents, and is poised for growth.

Fayetteville’s outstanding public schools attract many families to the area, and the city is also home to a campus of Georgia Military College. Fayetteville also offers excellent healthcare facilities, including the award-winning Piedmont Fayette Hospital. In 2016, the Georgia Alliance of Community Hospitals named Piedmont Fayette the 2016 Large Hospital of the Year.

Fayetteville’s location near the most-traveled airport in the world, Hartsfield-Jackson Atlanta International Airport, has made it a residential community for employees of the airline industry for more than 30 years. Fayetteville has a diverse economic base, which includes health services, entertainment and film, and retail, among other sectors.

The heart of Fayetteville is its historic downtown area, which features a unique assortment of shops, restaurants, museums, and more. Anchored by the Old Fayette County Courthouse building, the district showcases the city’s distinct blend of historic charm and modern amenities. Many of the buildings downtown date back to the late 1890s and early 1900s, when the city enjoyed a period of growth and prosperity following the Civil War and Reconstruction.

Downtown Fayetteville is currently undergoing a process of revitalization. “We are actively working on our Downtown Master Plan, [looking to] produce a lot of great new energy around the downtown square, attracting new restaurants and boutiques,” says Mayor Ed Johnson. “We also want to expand the downtown area both east and west, and are looking at building a new City Hall that will serve as an anchor to the downtown historic district, and providing green space that will attract families to the downtown area with activities.” Fayetteville is committed to becoming a community for the future, while continuing to embrace its historic heritage.

“Our vision statement is to move toward being a premier city. We have a high quality of life here, but there are things that we can improve on, and one of those is creating a sense of place in the downtown area,” Wismer says.

Recently, the city has embraced a second commercial hub: Pinewood Atlanta Studios and the nearby Pinewood Forrest development. After locating in Fayette County and opening in February of 2014, the facility was subsequently annexed into the City of Fayetteville to provide access to infrastructure. The annexation process was expedited in order to accommodate work on the studio’s first film project.

Although the Pinewood Atlanta Studios itself employs approximately 30 people in Georgia, each movie filmed at the studio brings approximately 800 to 1,200 people to the site. Accommodating the many employees of the film industry is a challenge that the city welcomes enthusiastically. “We are definitely in a housing shortage due in part to the studio’s presence here,” says Ray Gibson, Fayetteville City Manager. “We are doing all we can to encourage more housing development in our city.”

In response to the increased demand, the City Council recently approved the development of Pinewood Forrest, a 234-acre residential and commercial mixed-use district adjacent to Pinewood Atlanta Studios. Current development plans include two hotels, six hundred single-family cottage and estate homes, and six hundred apartments. When completed, the community will feature more than 1,200 residences along with office, restaurant, and retail space.

“The community that it’s creating is not just a typical subdivision. There’s been a huge effort to bring in nationally recognized architects and planners to create a really singular living environment. We’re trying to cater to creative types in the entertainment industry, to offer living with no commute to the studio. We see this as a complement to everything that we’re working on downtown and hope to be able to connect the two areas,” Gibson says.

The city is focused on attracting other industries to the area as well. Last year, the City Council adopted an Economic Development Strategic Plan that identifies several key industries to recruit into the area, including health services, entertainment and production service, technology, and neighborhood-scale restaurant and retail.

The city has now entered the recruitment phase of its Strategic Plan, creating incentives to attract businesses to the area. “The City Council recently adopted an incentives plan that’s based on job creation and property investments, which companies in our targeted industries can apply for if they’re considering locating in Fayetteville,” Wismer says.

Fayetteville also has a tax allocation district along the city’s highway corridor and downtown district, a proactive measure to encourage reinvestment and redevelopment in the city’s aging commercial centers. The City of Fayetteville works closely with the Fayette County Development Authority (FCDA) to offer additional incentives.

The FCDA is experienced in Georgia’s various state incentives programs, and provides support in navigating the application processes. The state incentive programs include low-interest loans for businesses. “Our Downtown Development Authority has used state programs extensively to provide low-interest loans to a variety of small businesses. Those opportunities have saved historic properties and helped to attract restaurant and retail offerings that would not have been available otherwise,” Wismer says.

“We also understand that there’s a need for residential growth to support the anticipated retail space, so we’re trying to promote that in a very cooperative and organized manner, to ensure that we have the right percentage of residential development to be able to support the businesses in the downtown area.”

As the Mayor says, “Our slogan is ‘A history with a future’, and one of the things we’re very conscientious about is recognizing that we cannot throw away the history of the city. We want to build on it, to ensure that the future development accentuates the history and creates a vibrant live-work-play community, so that we attract both quality residents and quality tourism.”