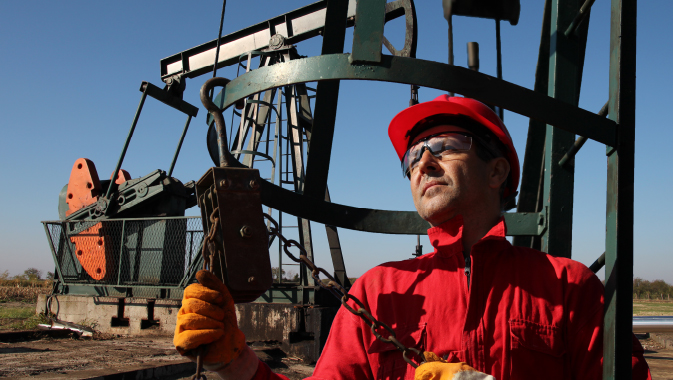 Great Western Oil & Gas Company, LLC (GW) operates over four hundred wells in the Denver-Julesburg Basin, centered in the eastern part of Colorado and stretching into parts of Wyoming, Nebraska, and Kansas. The basin is known for its deposits of oil and gas which are critical for America’s energy independence. GW is one of the top ten drillers in Colorado by production volume, producing 11,000 barrels of oil equivalent per day.
~
To be successful in business requires not only experience and determination but listening to instinct and taking risks. Over four decades ago, Pat Broe saw the potential in the real estate market in Denver, the largest city in Colorado, and seized the opportunity to invest. Over time, this business decision led to the founding of The Broe Group. The Broe Group today owns and manages a multi-billion-dollar portfolio throughout the United States and Canada, including assets in real estate, technology, transportation and affiliated energy, one of them being Great Western Oil & Gas Company, LLC (GW).

A wholly-owned subsidiary of The Broe Group, GW has a vision of expanding the American energy industry today and years into the future. “Energy cycles come and go,” states Great Western President and Chief Executive Officer Rich Frommer. “We look for opportunities every day, always with a longer development horizon in mind.”

The company operates over four hundred wells in the Denver-Julesburg Basin, centered in the eastern part of Colorado and stretching into parts of Wyoming, Nebraska and Kansas. The basin is known for the deposits of oil and gas that are critical for America’s energy independence. GW is one of the top ten drillers in the United States by production volume, producing 11,000 barrels of oil equivalent per day.

Colorado means much more to Great Western than a place to drill. GW is integral to the community and recognizes the importance of giving back through a variety of initiatives, including a $20,000 donation to the Windsor-Severance Re-4 School District. The donation was earmarked for Google Nexus tablet computers which, in the words of Superintendent Karen Trusler, “had significant impact on the education for these second graders.” Among the many benefits to students were fewer behavioral issues and distractions.

Other generous donations, such as $25,000 from The Broe Family Foundation, resulted in the creation of the Windsor Scholarship Fund, the single largest donation to the program in its history. The funds are being used to aid youth athletic and social skills, giving them new and exciting opportunities.

Set apart from other companies by its professionalism and willingness to work with landowners and local communities and sensitive to the needs of stakeholders including homeowners, GW continually works towards easing any issues that may arise.

One of Great Western’s successful stories involves creating a balance between the interests of GW and those opposed to oil and gas activity in Colorado.

Drilling wells in Windsor were initially planned for the Pace property west of County Road 13 and had to be located to nearby sites owned by Martin Lind, a well-known and respected land developer. Lind is behind Water Valley, a site of approximately 4,000 acres of undeveloped land primarily east of Interstate 25 and north of Crossroads Boulevard in Colorado.

“The project has been a struggle for a long time and one we’ve been working on literally since May of 2013,” says GW Surface Land Manager Eric Creed. “We had originally planned to develop those minerals from the property across the street from Pace with Martin Lind on his property, a future golf course. These pads were actually going to go inside his golf course in an innovative way.”

When the arrangement with Lind stalled, Great Western went across the street to a neighbor who had a large field and successfully negotiated a surface land use agreement (SUA) with him. Although SUAs are not required under any statute and often cost several hundred thousand dollars, Great Western took it upon itself to conduct business properly at its own expense, out of respect.

While out on the Pace property with a construction crew who were assigned to build the turning lanes the company would need, Creed was approached by a few residents from a nearby neighborhood upset over the possibility of anything going there. Construction soon triggered a firestorm with locals and the press.

Some homeowners were concerned about issues ranging from depreciation of home values to possible contamination of water from fracking, which involves injecting liquid at high pressures into underground rock formations to open existing fissures so oil and gas can be extracted.

Soon, a neighborhood group was formed. The Windsor Neighbors for Responsible Drilling, LLC (WNRD) was opposed to the proposed twenty-eight wells and forty-five tanks. The group created a Facebook page, hired a lawyer and sat down with the governor and director of the Colorado Oil & Gas Conservation Commission (COGCC), which works to ensure the responsible development of the state’s oil and gas resources.

A petition was then created to compel Great Western’s drilling activities to be 2,500 feet back from houses and waterways, instead of the 500-foot setback regulation. This would result in a total loss for Great Western and nearly eliminate the oil industry.

Colorado is the seventh top-producing state for oil, with a tremendous increase from thirty million barrels in 2009 to over ninety-four million barrels in 2014. The negative impact on the Colorado energy sector if the petition was successful would have been disastrous.

Following Great Western’s filing of permits for wells on the Pace property, groups pressured local government to annex the property, which was unincorporated at the time and not part of Windsor.

Although the mayor said no property had been annexed in 125 years and wouldn’t be now, he agreed to the zoning change, with the result being that the land was now under the jurisdiction of Windsor, and Great Western was to follow an entirely different set of rules and best management practices.

What followed were a number of ballot initiatives, a campaign called Raise the Bar, and three and a half years of negotiations with Martin Lind over relocating the project again to his property. Raindance, part of the entrepreneur’s Water Valley development, already had two golf courses and lakes stocked with fish.

A massive service use agreement comprising eighteen separate documents and covering 364 pages was created which resulted in “a solution which we think works well for everybody,” says Creed. Through negotiations, even initial local opponents such as Shawndra Barry came to support the project.

In a letter supporting Great Western’s applications, she wrote: “The combination of assurances made to the impacted community by GWOC and the technological components used in this development allows me to show strong support for the drilling and spacing units and pooling applications.”

Barry added, “in my opinion, the proposed Raindance location is the best location to access approximately 2,800 mineral acres for numerous reasons, and GWOV should be commended for all of these reasons.”

“Our position was: the rules work,” says Creed. “The system works. If you just sit down with them, listen and address the concerns of neighbors and residents, the system works. It doesn’t need to be changed. You don’t need setbacks of 2,500 feet or 1,000 feet because, in this industry, we are self-policing in some respects. At Great Western, our default is 1,000 feet. So when we are looking at a new area and we put a halo on these houses, we put 1000-foot halos, and we put 500-foot halos; 500 is the law, 1,000 is our preference. So we try to find a location and where we can build a pad beyond 1,000 feet. We can’t always do that because there isn’t always enough room, but that is our default mode.”

Other anti-oil and gas opponents have been persuaded through education and information and now say that Great Western is one of the best companies in the field when it comes to complying with requests and being receptive.

“The project unfolded. It reached a place where everybody seems to be happy, and we are hoping to build in a couple of months and start drilling later in the summer or fall. It took a long time, but we pulled it off in the end.”