What Makes a City a Home?
Written by Robert Hoshowsky
View in Magazine
FacebookTwitterLinkedInEmail 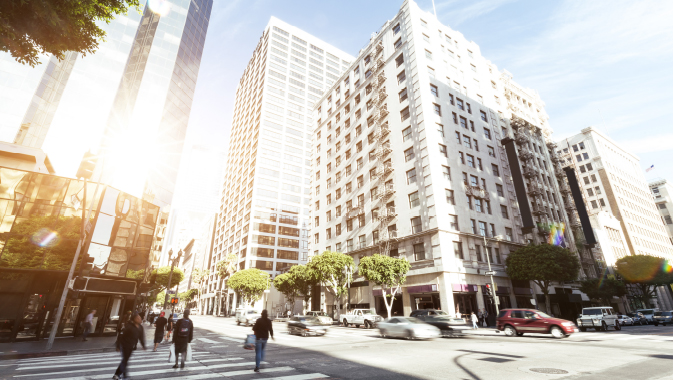 Most of us living in large cities like New York, London, Madrid, Seoul or Toronto take a lot of things for granted which are not available in smaller communities, like reliable public transit, ready access to highways, parks, bicycle and jogging paths that extend for many miles, and major shopping centres…
~
All of these amenities and others unquestionably make cities liveable, but what truly makes a city great? Is it civic pride? Uncluttered streets? Quirky retailers, local music stores selling vinyl records, vintage clothing, farmers’ markets, dog parks, public pools, or nearby restaurants we affectionately and without reservation refer to as ‘our place’? It is in fact all of these experiences and others that enhance our everyday lives as city dwellers.

In terms of population, cities we think of as large – such as Los Angeles or Berlin, for example, with fewer than four million residents – pale in comparison to Shanghai and Beijing, with populations exceeding 20 million, approaching 25 million in the case of Shanghai. These and other mega cities offer everything one could ask for, but like every other city, they are composed of many smaller communities which possess their own unique character and charm.

How we think about cities
Over the decades, visionaries such as Jane Jacobs have helped us re-evaluate the factors that make cities both good and bad. The American-Canadian author of numerous landmark books, Jacobs is behind works such as Cities and the Wealth of Nations and The Economy of Cities. Yet she remains best known for her seminal work, The Death and Life of Great American Cities. First published in 1961, The Death and Life of Great American Cities remains one of the top books about evolving urban planning and “generators of diversity,” including density and mixed primary uses. In this essential tome about cities, Jacobs addresses neighbourhoods and why some work, and others continue to fail.

So influential was Jacobs’ work that the writer and advocate, who spent much of her life in Toronto, played a pivotal part in delaying the city’s urban redevelopment, including the Spadina Expressway. Jacobs, who also inspired discussions on climate change, passed away in Toronto in 2006 at the age of 89. Despite having no formal training or university certification in urban planning, her influence on shaping cities made her the inspiration for the New Urbanist movement – which espouses accessible, walkable and environmentally friendly neighbourhoods – and a legendary figure in responsible urban design over a decade after her death.

Much like Jacobs’ contributions to the field, Eric Arthur’s Toronto, No Mean City remains a classic work. A native of New Zealand who arrived in Canada in 1923, Arthur took a position teaching architecture at the University of Toronto. His timing was auspicious, and coincided with Toronto emerging as not only a hotbed of recent immigration, but also a city at the forefront of the heritage preservation movement in Canada. In a forward to a recent edition of the book, Toronto Star urban affairs and architecture writer Christopher Hume wrote of the inability of Canadian cities to handle political and legislative issues, an issue decades ago as it is today, making Toronto, No Mean City more relevant than ever. “More than anything, it may have been the remarkable scope of Arthur’s passions that makes him a unique and crucial figure,” wrote Hume. “Toronto, No Mean City is more than an exploration of our history and a lament for our lost architectural heritage, it is also a celebration of what the city might become.”

It has been almost two decades since the amalgamation of Toronto, which brought together the former municipalities of Toronto, York, North York, East York, Scarborough in the east, and Etobicoke to the west, which immediately made Toronto North America’s fifth-largest city, after Mexico City, New York, Los Angeles, and Chicago. Still controversial, the amalgamation of these six municipalities saw Toronto gain a massive operating budget, larger than that of some Canadian provinces. And with each municipality having its own form of government and budgets, the reason cited by the Province of Ontario for the merging of the six municipalities at the time was cost-effectiveness and streamlining uniformity of city services.

That was in 1996, and even today, there are questions over exactly how much money (if any) has been saved. As recently as late last year, there were calls for one of the former municipalities, Scarborough, to de-amalgamate via the ‘Free Scarborough’ Campaign. While it is unlikely ‘Scarbexit’ will ever happen, the issue stands as a testament to the fact that not all municipalities were pleased with amalgamation, and wish to maintain their own character, along with greater control over budgets and the provision of services.

What makes a city great?
Ask anyone what they love, and loathe, about their city, and you are guaranteed to get a strong opinion. Depending on one’s lifestyle, thoughts are extremely personal about how to improve standards of living, and what really matters. For some, it is bike lanes. For others, affordable housing tops the list. Other considerations include distance from school, work, or entertainment, while for some, access to places of worship is essential.

Large cities are truly the sum of their parts. With current estimates stating 60 percent of the planet’s population will live in cities by 2030, numerous issues must be addressed, from infrastructure to sustainability. In its report How to make a city great, global management consulting firm McKinsey & Company addresses the issues involved with managing growth and the economy, a formidable challenge. Interviewing 30 mayors and numerous city leaders, and utilizing over 80 case studies, three areas were outlined for cities to transform themselves into better places: achieve smart growth; do more with less; and win support for change.

On a smaller, more intimate scale, what makes any city great are those things which are truly important to us, which can include our favourite local café, a gym that is nearby where we meet with friends, a yoga studio, or even a community garden, where we can share knowledge with others and enjoy the fruits of our labour, literally. As large as municipalities can be, much of our delight in where we live comes from our immediate neighbourhood and building connections with other residents, business owners, and restaurateurs.

Gaining in popularity across North America is the concept of mixed use, both for buildings and land. Increasingly, condominium complexes are no longer strictly places to live, but incorporate bars, restaurants, and shops on the ground levels, offering locals places to meet. In much of Europe – where cities are physically smaller than in North America but more densely populated – this has been known for years, with so-called ‘third places’ other than home or work, namely bars, restaurants, parks and shopping areas, playing an integral part in the health of a neighbourhood.

There is a great deal politicians, the public, and businesses can do to make cities great. Recent surveys such as the one conducted by Time Out consider factors such as great food, restaurants and bars important, along with friendliness; surprisingly, the perception of safety rated low, with the bulk of respondents stating they felt safe, even walking outside at night. One of the strongest responses was, “a varied and characterful galaxy of neighbourhoods, rather than cookie-cutter residential zones around a central urban core.” Sounds good to us.