Reimagining the Dynamic of Labour Relations 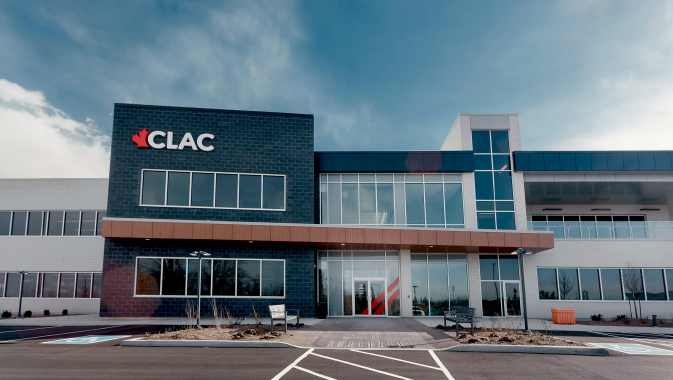 This year, the Christian Labour Association of Canada (CLAC), is celebrating 65 years of advocacy, representation and success as a union that is committed to creating positive workplaces, lives and communities for its members through its approach to labour relations that is built on Christian values of respect, dignity and fairness.
~
Since its founding in 1952, CLAC has viewed labour relations differently, doing so by fostering a collaborative and cooperative bargaining climate with the end goal of more positive outcomes when compared to the highly adversarial approach often taken by traditional unions. CLAC sets out to achieve win-win solutions for its members and their employers by developing stronger working relationships between the two entities. It is believed that in taking this positive approach to labour relations greater workplace satisfaction will result.

Executive Director Wayne Prins explained how CLAC originated. “After the war there was an influx of immigration from Europe and among those immigrants were folks from Holland – not exclusively, but a lot of them came from there and they brought with them their experience from the trade union movement in Europe, which was quite different than in North America.”

He went on to explain that the traditional approach to labour relations endeavoured to consolidate the power of the workers, which created a very adversarial relationship between ownership and labour.

“There were all kinds of strikes and hostilities in the labour relations landscape. The [Dutch immigrants] fundamentally believed the role of the union was to protect the working class and create a community for the workers, but they couldn’t accept the current state of affairs in North America. They decided to start a new union to serve the basic purpose of the union, but they were going to do it differently,” said Prins.

CLAC’s unique and modern approach to representing its members still offers the traditional benefits of union membership without the need for confrontational position-based bargaining. As one of the largest independent multi-sector labour unions in Canada, with a membership of 60 000 members and counting, it has proven that this approach works, time and again.

Of its 60 000 members, there is diverse representation from various industries and sectors including labourers from the construction industry such as carpenters, electricians and plumbers, as well as maintenance workers, security staff, firefighters, healthcare workers and others who have turned to CLAC for its alternative approach to bargaining and representation.

“We’ve become what we believe is the largest and fastest growing independent union and we enjoy growth in many different sectors. We enjoy good influence and I think people have come to recognize there is room and value in a union that sees things differently,” Prins noted.

CLAC acknowledges that, “You can’t have a successful company without workers and you can’t have fulfilling employment without successful employers, so we’ve created this union that fosters positive relationships and cooperation.” As Prins addressed, “We try to provide services and preserve work conditions that enhance the lives of the individual and their family.”

CLAC brings a personalized and hands-on style of representation to the table that helps to cultivate good working relationships that reinforce and validate its new approach to union advocacy and collective bargaining.

“We spend a lot of time being in the workplace where these people work; whether it’s a construction site, grocery store, nursing home, we go there and we talk to our membership and we hear their concerns and inform them and educate them on the things that are happening and that are relevant to their workplace and union,” explained Prairies Director Dennis Perrin.

CLAC’s union dues are amongst the lowest in Canada. While it is not affiliated with any provincial or national labour federations or congress, at the international level it enjoys affiliation with the World Organization of Workers (WOW) which has 1.3 million workers, representative of 130 labour unions across 60 different countries. CLAC has 15 member centres located across Canada that are located in Mississauga, Cambridge, Grimsby, Ottawa, and Chatham, Ontario; Winnipeg, Manitoba; Saskatoon, Saskatchewan; Calgary, Edmonton, and Fort McMurray, Alberta; and Fort St. John, Kelowna, Langley, and Prince George, British Columbia.

At its various member centres, nearly 300 employees work hard each and every day to provide training and support. They serve as administrators, coordinators, communications staff, regional and provincial directors and one executive director, Mr. Prins, who oversees the organization. CLAC is guided by a constitution and governed by a National Board and Staff Council, all of whom guide the National Director, the Provincial Directors, and the organization’s team of Executives.

Achieving a milestone 65 years of successful bargaining and representation in accordance with an innovative and constructive approach to labour relations has not been an easy feat for CLAC, even though its members were better served by this approach. As Prins explained, “It met great hostilities both from within labour boards and the bureaucracy, but also from competing unions who thought that this cooperative partnership-based union was a bit of a farce.”

He added, “They created obstacles for CLAC all along and in fact, to this day, we still face opposition from competing unions who take exception to our model and our philosophical basis.”

When asked if CLAC’s role and purpose have evolved over the past 65 years Perrin responded, “First and foremost, we are a union that serves our members and that has never, and will never, change. We also continue to feel very strongly about building positive work communities.” Operationally, he noted, “we’ve changed over the years in terms of how we fulfill that. In the early years, we didn’t have benefit plans for our members: we didn’t have retirement plans, we didn’t offer training in any way, shape, or form. All of these things evolved over the years and there is a comprehensive offering in all of those things that we have today for our membership.”

As a service-oriented organization, CLAC offers its members extensive training opportunities, as well as employment services to match potential employers with available labour, annual scholarships, a bereavement fund, and much more. It is also taking steps to increase its focus on wellness, mental health and addictions support.

“We offer various training,” said Prins. “We have training centres across the country for employment-related training but also just personal interest in proven training. There are advancement programs that we offer.” And, through the CLAC Advantage Program, members can access discounts through a variety of third-party vendors including BMO MasterCard, Liberty Tax Service, GoodLife Fitness, Lasik MD, Best Western International, Budget Car Rental, The Brick, and a breadth of other leading vendors.

Speaking with both Prins and Perrin, there is a clear sense of passion and purpose for the work being done at CLAC. The idea that they get to have a meaningful impact on labour relations in Canada, and even around the world, is the reason that keeps them getting out of bed each morning.

“We are concerned, of course, with growing and we are focussed on serving members as best as we can, in any way possible, but we seek to have influence beyond our own organization, letting the broader labour relations and business community know that there are better ways of interacting with labour,” said Prins. “Not that the traditional approach is completely irrelevant; it is no longer the best practice in labour relations. We don’t claim ownership of cooperative trade unionism but we were certainly a pioneer in it and we would be more than happy if others saw that and recognized that.”

In order to achieve continued results, CLAC is placing greater emphasis on its plan for the future to remain sustainable, effective and impactful for years to come. “We are in the business of changing norms,” Perrin stated.

CLAC continues to evolve with the changing needs of the market, establishing new best practices in the interest of its membership but also for the betterment of their families, workplaces and communities. “We have to make sure that we have a sustainable business model. It’s very important because we are in very large, cyclical industries, predominately construction and more broadly, resource extraction, and on the downward parts of the cycle we need to make sure the structure of our business plan in sustainable,” said Prins, as 60 000 members are relying on it to succeed.

The message moving forward is simple: “Our interests are woven together; the success of labour is based on the success of business and vice-versa, and as such you have to be willing to respond to business realities of the day and to be smart and courageous in balancing those things,” Prins shared.

This sentiment was reiterated by Perrin who stated, “The traditional labour model has not evolved at pace with the economy and we’re trying to innovate to stay ahead of that curve to both serve our members and stay relevant in an economy with declining union density. Law enshrines so much of what unions fight for, so what is the purpose of unions and what value do they add to the life of the worker and the business going forward? That’s what we’re trying to stay ahead of.”

Unions, of course, play a critical role in providing workers with higher wages, better benefits, greater health and safety protection, stronger retirement and pension plans, and in CLAC’s case, a cooperative and dignified role in the collective bargaining process. Seeking win-win outcomes and to create a fair playing field for all, CLAC brings its modern perspective to the traditional values and benefits of union membership.

With that, CLAC continues to do its best to serve its membership, offering services, training and support, while advocating tirelessly on its members’ behalf in order to foster and develop fulfilling careers in positive and successful work environments and, in doing so, becoming the new face of labour relations.