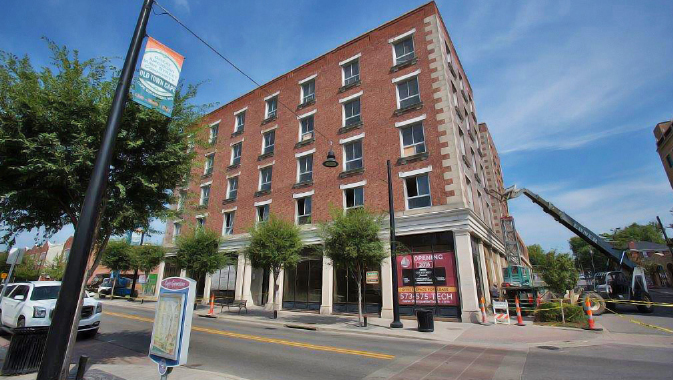 KT Power Systems is an electrical and communications company based in Cape Girardeau, Missouri. Founded in 1973, KT Power has remained a family owned operation, having passed to Robin Tolbert, the current company president, from her father and uncle.
~
From humble beginnings as a small two-truck electrical team, the company has grown to employ 56 dedicated experts, while focusing on maintaining a tight team. KT Power has become a highly qualified and trusted provider of electrical services with a strong reputation for quality work in the region.

KT Power is proud of the stability of its workforce. “We have people who have been with us since day one,” says company president Robin Tolbert. “That nucleus has been an asset to the company.” The company leadership believes that it’s the competence and the strong work ethic exhibited by the KT team that has brought the business so much success.

With the solid reputation the company has built for itself over the years, KT Power has become a premier choice for electrical work in the region. The company is carefully managing its upward trend in order to maintain a level of growth that doesn’t exceed its capacity. Maintaining a reputation for quality work delivered on time is the foremost objective, and growth is only valuable if it doesn’t push the team beyond its ability to maintain that reputation. “We don’t want to be too far out in front or too far behind,” says Tolbert. “If you can control your growth you’ll be more successful.” For KT Power, it’s a matter of knowing how far to reach, and bringing in the right people to help the company reach further.

KT Power considers itself a Christ-centered company, and has built itself upon a foundation of Christian values. By incorporating these principles into the culture of the business, the company has built a very positive, very productive atmosphere and a team with a solid work ethic, who care about the work they do and the customers they serve.

One of the ways in which KT Power has set itself apart from the competition is by incorporating a number of in-house services that many other electrical companies must source externally. For example, a protective device coordination study is done to determine how an electrical fault will affect the overall electrical system in a building. A properly designed system will be segmented such that the circuit breakers nearest to the fault will open, leaving the rest of the electrical system operating properly. The purpose of the coordination study is to make sure the circuit breakers can effectively balance safety and functionality. Often, these studies are subcontracted but KT has technicians on staff that are certified to perform them. Bringing this in-house gives the company the ability to operate faster and more efficiently than much of the competition, giving the team an advantage in the marketplace.

An arc flash study is a study of the danger that an electrical arc flash can pose in a given system. An arc flash is what happens when something causes the strength of an electrical current to spike, resulting in a bolt jumping through the air between two conductors. This can cause serious injury, and so it is important to be able to quantify the danger posed in a given setup. This is another service that KT performs in-house. KT has built a business that is distinct in its capacity to operate independently, with very little need for subcontracted work.

KT Power is a solid company with high standards for reliability and quality. As a result, it has been asked to work on some very large scale projects with very prominent organizations. Some recent projects include a three-year-long operation working on an immense six-story hospital, and a large-scale local sand plant. The company also does a lot of work with South East Missouri State University, and just finished a major electrical upgrade to the campus. The company has also worked closely with consumer goods giant Procter and Gamble on a number of projects. These are just a few examples of the challenging electrical work KT Power is entrusted with every day, demonstrating that the company is not afraid of difficult, high profile work, and that it has built trust and a solid reputation in the region.

Currently, the company is working on two large scale municipal projects in the city of Cape Girardeau. The first is a new $3 million 11,000 square foot fire station. The older facility was designed with a two-truck garage, severely limiting the fire response capabilities of the city. The new facility has three double bays with room for six trucks, significantly improving the safety of buildings and residents in Cape Girardeau. The second project is an eleven million dollar police station. At 35,000 square feet, it is nearly twice the size of the existing station. Both of these new facilities replace stations built decades ago, and so KT Power and a number of local partners are tasked with bringing Cape Girardeau’s emergency departments into the technological present and improving the safety and quality of life of the people within the community.

As well, the company performs a lot of electrical work on pipeline projects. Working in this sector requires an entirely separate skill set with specific safety certifications. Being hired for these highly specialized projects is a testament to the company’s dedication to building a team of highly qualified experts with diverse skill sets. The company stands on a foundation of expertise and continual learning that enables it to take on a highly dynamic range of projects.

KT has a UL508a certified panel shop. UL508a is an industrial control panel design standard that sets out a list of safety-related parameters that should be met in the manufacture of electrical control panels. The standard was developed by an organization known as UL and it is the primary certification program for electrical control panels in the United States. Being UL compliant has opened many doors for the company. One example of this is that, by having this certification, the company was able to create a partnership with an electrical equipment manufacturing company called Square D and become an Original Equipment Manufacturer (OEM) for its products.

As a result of having developed the capacity to do this kind of work, the company has recently pushed it a step further and moved into the automation sector. KT can design and build control systems for customers. Managing conveyors, hoppers, sifting screens, dryers, and more within a facility is traditionally done by accessing controls on each individual piece of equipment. KT can look at the layout of the equipment in a customer’s operation, and the company’s automation experts can build a system to automate the control of those systems, and give operators access through a tablet computer or via remote access over the internet. This gives the customer fine control over their production, and this translates to better control over costs.

For the leadership at KT Power, the workforce is the foundation that has carried the company to so much success. “The most important asset we have is our people,” says Robin Tolbert. “Our people are what make the difference.”

With this in mind, the company focuses a lot of effort on training initiatives. With the standard apprenticeship training and a great deal of secondary in-house training, KT is committed to building a team of experts with all the tools necessary to do the best possible job, to take pride in the work they do, and to deliver high quality solutions that exceed customer expectations at every opportunity.