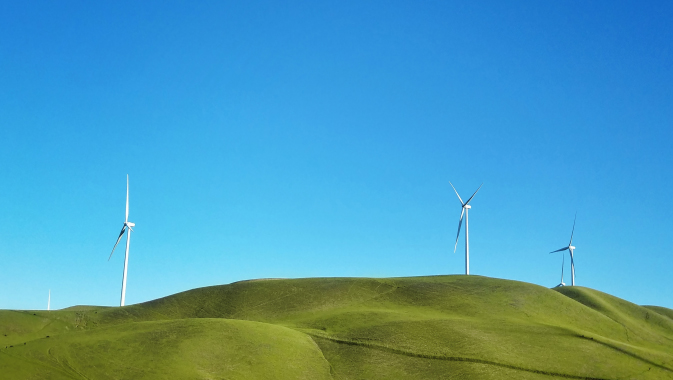 Some call it green energy, while others refer to it as sustainable or renewable, but it all comes down to one thing: the ability to meet today’s energy requirements without compromising the ability of future generations to meet their power needs. Unlike the five fossil fuels formed over millions of years from decaying organic matter – coal, oil, petroleum, natural gas and liquefied petroleum gas – sources of sustainable energy such as solar, wind and water power are virtually endless.
~
Sustainable sources have been used for centuries, such as using the force of water to power mills or windmills to pump water out of the ground, but it is only in recent decades that these forms of ‘green’ energy have rejoined the mainstream. In Golden, Colorado, the Department of Energy initiated the Solar Energy Research Institute, the first federal facility of its kind, in 1977. Three years later, this was followed by the construction of the world’s first wind farm in New Hampshire and the more recent development of large-scale solar farms and geothermal projects.

While the green energy sector has seen some spectacular failures over the years – most notably solar power business Solyndra which received a $535 million U.S. government loan before going bust in 2011 – alternative energy is here to stay and has firmly established itself as a viable industry. Solar, water and wind power are formidable challengers to coal, oil and gas, and the effects of the sustainable energy industry are being felt worldwide.

Governments worldwide are channelling more money towards solar subsidies, massive wind farms and tidal power, and the oil and gas industries are facing the new reality of companies like Tesla and its innovative electric-powered cars. The world is making the shift to green energy, and eagerly accepting greener sustainable alternatives which are far less harmful to the environment than coal, oil or gas.

Some countries, such as Brazil and Chile, are being held up as examples of how to transition from fossil fuels to renewable energy sources. According to the World Bank, factors such as “strong institutional frameworks, high investor confidence and ample natural resources,” are the key determinants of this growth. Part of Chile’s success stems from how it dealt with its hardship a decade ago when Argentina forced gas shortages. The resultant sky-high prices promotion non-conventional renewable energy (NRCE) technologies, namely wind, solar, biomass and geothermal power. By adopting these alternative sources, Chile is well on track to achieve its goal of having twenty percent of its electricity coming from renewable sources by 2025.

While heralding the death of fossil fuels is premature, there is no doubt the rise of green energy sources is taking its toll, particularly on the coal industry, long vilified as dirty and polluting. Coal plants are among the biggest producers of carbon dioxide (CO2) emissions, and burning coal is a significant cause of acid rain, smog and air pollution.

The sector many have been championed in the U.S. by Donald Trump during his presidential campaign in states like Pennsylvania when he proclaimed “I happen to love the coal miners,” but the numbers do not lie. Despite calls for the resurrection of coal mining, the U.S. Energy and Employment Report released earlier this year by the Energy Department revealed over 370,000 working in the solar energy sector and another 101,000 in wind generation, far eclipsing 86,000 in the American coal industry.

Although President Trump pledged to help the “forgotten men and women” of coal, many of the jobs are not ‘forgotten.’ They simply no longer exist. Even Robert Murray, chief executive officer of Murray Energy, the biggest private coal company in America, cautioned the president of the unlikelihood of the U.S. coal sector roaring back to its former self.

Sustainable power was once the stuff of science fiction, but such technology is advancing at a much faster pace than anticipated. Environmental organization Sierra Club’s Beyond Coal campaign started in 2010 and has seen significant reductions in coal use. This past March saw the 250th American coal plant that has been decommissioned or is planned for shutdown.

Despite President Trump’s pledge to end the so-called ‘war on coal,’ it is expected market forces will result in even more coal plants closing forever. It is estimated that the price of sustainable energy power will drop significantly in the next few years, making it even more apparent coal is on the way out. This is particularly true of solar energy which will actually become cheaper to generate in much of the world by 2021, according to a study conducted by Bloomberg New Energy Finance.

Making the move from fossil fuels to renewable sources of energy is undeniably worthwhile for the future of the planet, but costly. In just a few years, it is estimated almost $240 billion will be spent on energy-storing lithium-ion batteries, and prices for solar photovoltaic panels and associated technology will continue to drop by sixty-six percent by the year 2020. Add to this the Bloomberg report forecasting that all U.S. coal generation will be slashed in half by 2040, continuing world pressure to reduce greenhouse gas and lessening dependence on oil, and it is all looking positive for sustainable sources of energy.

Dramatically lowered profits made by the coal, oil and gas industries, however, also means less tax money for governments. In the United Kingdom, for example, approximately sixty-five percent of the cost of gas and diesel at the pumps helps fund essential infrastructure projects like roads and bridges; in fact, it is estimated that for every driver who makes the switch from a gasoline or diesel-fuelled car to an electric model, the government loses 57.95 pence – about .75 cents U.S. – per liter.

A number of suggestions have been put forward to make up for the shortfall, including increasing the value-added tax (VAT) on energy to twenty percent or charging more for road taxes or car ownership. And in environmentally-conscious California, which is home to approximately half of America’s electric-powered cars, lawmakers decided to charge owners of plug-in vehicles an annual fee that will start in 2020.

Other states are adding more road tolls, while Oregon is mulling a road use levy and may charge taxes based on miles driven in the state, not the amount of fuel being used. The goal, according to Oregon Department of Transportation Director Matthew Garrett, is to innovate to keep pace with changing times. The government does not want to penalize drivers of energy-efficient electric cars but ensure they are paying their fair share.

Although the world is shifting away from fossil fuels to greener sources of energy, our dependence on gas and oil still exists. Hurricane Harvey, which recently swept through oil-rich Texas, crippled refineries and pipelines, sending gas prices soaring far beyond the Gulf Coast. With refineries like Motiva’s Port Arthur closed for weeks, prices for a gallon of gasoline hit record highs, spiking to their highest point in a decade, with the full effects of the hurricane not yet known. The natural disaster serves as another reminder of why the world needs to move away from fossil fuels and towards sustainable sources of energy.