The Right Place to Be 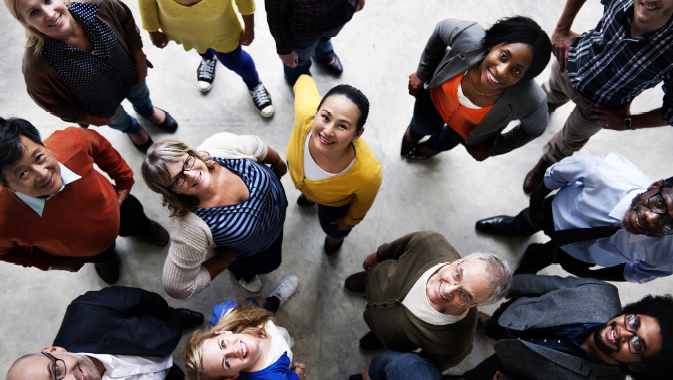 Pardon the pun, but Wright County really is the right place to be if you have a choice of small business-friendly communities in which to live and work. Depending on where you are in the county, you are only thirty to forty-five minutes from all the amenities of the urban centers of St. Paul-Minneapolis and St. Cloud, and yet you are surrounded by rolling farm country and over two hundred lakes. Visit Monticello, on the banks of the Mississippi, and you will see flocks of trumpeter swans, once an endangered species. Moreover, the county’s economic development partnership is ready to talk business. Its mission statement: “Partnering for Opportunities” says it all. Intrigued? Read on.
~
Wright County Economic Development Partnership (WCEDP) is the primary point of contact for existing, start-up and relocating businesses throughout the county. There are many who agree with WCEDP Executive Director Duane Northagen when he says, “I think we’ve got an awful lot to offer, not only for businesses but also for their families who want to relocate here, to live and to recreate.”

As he explains, “We’re adjacent to the seven-county metro area of the Twin Cities on the east with St. Cloud to the west of us. So that means people living in the county have easy access to all the big city amenities.” Within less than an hour’s drive, there is the state capitol, an international airport, the Mall of America, the University of Minnesota, top notch theatre and all the professional sports organizations: the Vikings, the Twins, the Timber Wolves. “You can get off work and still make a 7:30 game,” he says. “Yet, at the same time, we’ve retained our open spaces.”

The county began as an agricultural area, settled by Swedish and German pioneers in the 1850s who built their communities seven to ten miles apart, which is the approximate distance a horse or a team of oxen could travel in one day. “Obviously we’re losing some agricultural land (which mainly produces corn, soybeans, hay, eggs and dairy and beef cattle) through growth with new homes and businesses, but every community is still interlaced with agriculture in some way. It’s either right within the city limits or it goes around the city,” he says. “A lot of people come here for the more relaxed quality of life, and I think people enjoy the community festivals and appreciate the grassroots – something you lose in the bigger cities.”

With so many lakes nearby, there are ample recreational opportunities and a huge plus – clean water and air. “We don’t have any obvious environmental issues from our manufacturers,” he says. “Everyone is well-regulated, and materials are recycled and dealt with and not dropped out the back door. It proves manufacturing can be economically productive and environmentally sound.”

But while it seems positively bucolic, businesses looking to relocate here have practical considerations – how to get product to market? As it turns out, proximity to the international airport in the Twin Cities and an excellent transportation corridor, which includes the six-lane Interstate 94, U.S. Highway 12 and Minnesota Highway 55, along with state highways 101 and 25 that intersect the county in a north/south direction, have made the country an attractive location for distribution centers. There are also two rail lines that cross the county. J & B Wholesale Distribution Inc., for example, on the border of the I94 has just added one hundred thousand square feet to their existing facility and Duke Realty has added almost one million square feet of distribution warehousing for several companies in the past four years.

Others find the county equally attractive for its lower real estate costs, the healthy and diverse economic environment and the assistance received from the Wright County Economic Development Partnership. Among the services are business development and counseling, site selection and promotion, capacity building seminars and financial packaging.

“We always work with businesses to find out what their needs are, and we help them work through the incentive programs that are offered at the local, regional and state levels. Some of those are low- or no-interest loans; some of them are grants based on the number of jobs being created and the capital investment that’s being made, and we’ll help with programs like TIF and tax abatement financing, tools that use future taxes to pay for infrastructure costs up front.”

Then there is workforce development. Five different school districts in Wright County have received national awards and recognition for their excellence in education. Over the last twenty to thirty years, Career & Technical Education (CTE) programs in high schools across North America have fallen by the wayside, but Wright County has continued to provide advanced CTE programs for students at the Wright Technical Center in Buffalo. Students have the opportunity to take one of twelve CTE courses focusing on career exploration and industry-specific training. Wright Technical Center partners with over 80 businesses in Wright County. This has benefited employers who are able to draw from skilled workers. As a result, seventeen percent of employed people in Wright County are working in manufacturing – seven points higher than the national average.

Over and above the CTE program, there is a program called Wright Tech CEO (Creating Entrepreneurial Opportunities), a program Northagen admits he “stole” from a national program and introduced to the Wright Technical Center three years ago. “What it involves,” he explains, “is taking juniors and seniors every day before school starts, (from 7:30 to 9 am) and training them how to become entrepreneurs. We go and meet with businesses on their sites, and the owners tell them the story – the good and the bad – as to how they got where they are today and the struggles they went through. And the kids learn from those business owners and not from the teachers, and then they’re asked to create their own businesses and create a trade show at the end of the year and present to the public. And we’re finding – by building business leaders from the inside out – that these kids want to stay here and be part of Wright County when they realize what it has to offer.”

Diversification in the manufacturing industry is vital to the county’s success and continued growth. By attracting smaller manufacturing companies with up to four hundred employees instead of a single, large employer, the county has avoided the economic blow that can devastate a town when that large company is forced to close. Although, “it would be nice to attract headquarters for major industry here,” says Northagen.

“Minnesota (which is home to the world-renown Mayo Clinic in Rochester) is a leader in the country, if not the world, in innovative healthcare. Minnesota is also a world leader in the manufacture of medical devices,” Northagen says, “and we just happen to have three of those companies right here in Wright County.” One of them, Sil-Pro in Delano, specializing in silicone and thermoplastics, is our fastest growing company, adding anywhere between fifty and one hundred people a year.

Then, there is the Ultra-Machining Corporation in Monticello, which provides state-of-the-art precision manufacturing for the aerospace industries. More than 200 employees work for the company, which has a 72,000 square foot facility and was named Best in Class: Midsize Manufacturer in the 2015 Minnesota Manufacturing Awards. Vitaldyne, in Cokato, also operates in the medical device market as a full-service Contract Assembly Medical Device Manufacturer.

“These companies are manufacturing under the strictest regulations with the tightest tolerances,” he says. “You’re talking one ten-thousandth of an inch, with every single part inspected. A medical device going inside the body has to be perfect because you don’t get a second chance.”

In Montrose, there’s the Carpentry Contractors Company (CCC) which builds wall and floor panels in a controlled manufacturing environment, transports them to the construction site where their carpenters put the homes together. CCC has been providing carpentry labor to the residential professional home builder in the Minnesota Twin Cities area since 1980. There is Cargill Kitchen Solutions and Dura-Supreme Cabinetry which sell products nationally, and there are several metal fabrication industries running the gamut from heavy metal fabrication to what Northagen refers to as “punch and press kind of work.”

Since agriculture still flourishes, there is food production, and J&B Distribution Group is an especially interesting story, he says. “The owner, Bob Hageman, started selling meats out of the back of a pickup truck in 1979. Today, they’re doubling the size of their facility and are poised to become our first one-billion-dollar company, and that’s huge. I’ve worked around billion-dollar companies (when he worked in economic development in the northern part of the state), but they were related to the mining industry and not founded and grown on the same site. His son Mike runs the business now, and both he and his father are extremely humble.”

Northagen shared a delightful story about how Monticello on the Mississippi River became known as ‘Swan City’ since it hosts as many as 2,700 trumpeter swans during the winter months. This was not always the case, however, as hunting and the mass use of feathers for hats, pens, and quills had driven them to near extinction by 1880. In fact, for a time, it was believed they were extinct until two nests were found in Yellowstone National Park in 1919.

Minnesota’s swan restoration project began in 1966, pioneered by the efforts of Hennepin Parks and the Minnesota Department of Natural Resources Recovery Program which, by 1994, had raised and released a free-flying flock of 250. The swans, however, might not have survived had it not been for Sheila Lawrence who, until her death in 2011, hauled buckets of shelled corn – at her own expense –from her driveway to the gentle sloping river banks of her backyard where the swans spent the winter.

Today, the city of Monticello still plays a key role in rebuilding the swan population by providing a haven in the open river waters during the winter months, while the Swan City Heritage Foundation has been created to continue Laurence’s legacy.

To be sure, Wright County is “blessed with open spaces, agriculture, lakes and major rivers, while its location between two major metropolitan areas offers a promising future of growth in business as well as homes for our expanding population.”