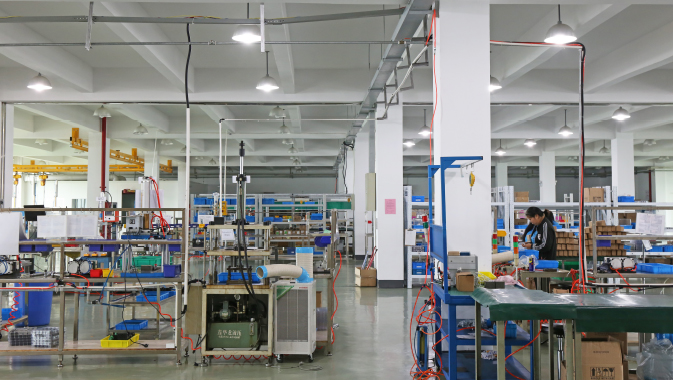 Tuson Corporation is a custom manufacturer of components, assemblies, and subassemblies for the hydraulics, transportation, and electric motor industries. The company was founded in 1987 by Roger Tu after overcoming a long and harrowing string of obstacles.
~
Having visited America in 1976, Tu was immediately captivated by its architectural beauty and cordial culture and decided to make it his home. After struggling for some time, trying to find work and firm footing, Tu began to take notice of how significant the Japanese manufacturing industry was becoming to the American business landscape.

Japanese business ideas were prevalent in business news, and Tu’s intuition told him that knowing the Japanese language might work toward his success. He found a course at a community college and took a job at the New Otani, a Japanese hotel in Los Angeles. Here, he made a connection with a Japanese businessman who would later play a critical role in the story of Tuson Corporation.

By March of 1979, Tu was satisfied with his grasp of Japanese and decided it was time to face his next obstacle. He uprooted his life once again to attend college in Japan. While there, he reconnected with the businessman he had met in Los Angeles, and that man hired him to work at his company for the next eight years.

That company was primarily a subcontractor for semiconductor equipment, but Tu worked with a special team that exported steel components to the United States. Through this position, Tu learned everything he could about the process of manufacturing steel components. For eight very enlightening years, Tu worked diligently and absorbed all he could, but by late September of 1985, trouble was on the horizon.

Soon, the company management decided to jump ship and move onto something new. Tu was invited to come along, but he was faced with a difficult decision. He could abandon a wealth of acquired understanding related to the steel industry and start over once again on a new path, or he could stick with steel and fight the oncoming challenges. Ever intrepid, he decided to stick with what he knew and work to build a business in steel component manufacturing.

Tuson Corporation is what Roger Tu built from the knowledge of his fascinating journey. Today, his company employs roughly two hundred people and operates out of a Chicago area headquarters. Through that location, the company supplies American businesses with steel components, custom built hydraulic systems, and electric motor assemblies manufactured in the Pacific Rim. After many long years in the industry, the company has built a reputation for the highest quality work.

From the Chicago headquarters, the company offers a number of services. It has an expert engineering team to assist with designing and developing components and an invaluable customer service team that is committed to providing practical support solutions, demonstrating a dedication to these critical partnerships long after the initial sale. Finally, there is a 40,000-square-foot warehouse, providing the company with more than enough space to allow for just-in-time deliveries and to keep the entire operation moving efficiently.

Throughout China, Japan, and Taiwan, Tuson has manufacturing plants that operate cutting-edge technologies to produce large volumes of quality products at high speeds. The company’s manufacturing operation has been structured from the ground up with the customer’s profitability as the foremost objective.

“Our mission,” says Roger Tu, company founder, “is to win the trust and appreciation of our customers with products and services of unrivaled quality and integrity.” Having ownership over these facilities enables Tuson to have close control over quality and scheduling.

High precision machining is a cornerstone of Tuson’s business. The equipment is capable of machining and grinding steel to very tight tolerances, within 0.0002” on OD (outer diameter) and ten microinches on surface finishes. The company can perform these operations on alloy, carbon, and stainless steel, and to accommodate certain unique applications, it can machine nylon and thermoplastic to meet customers’ requirements. These tolerances are thoroughly tested by engineers using precision instruments, and the company carries an ISO9001:2008, TS16949 certification that confirms the effectiveness of this quality control.

Tuson can then use those components to build more complex assemblies such as electric motors, actuators, and hydraulic systems. For example, a customer in Peoria, IL has contracted the company to build a hydraulic system containing aluminum casting with machining to tenths of thousandths, steel shafts, welding tubes to various materials with coils to the final assembly. These processes had to be conducted in a cleanroom environment in order to test that the flow rate and pressure were constant within one percent, from the input force to output release. This hydraulic system was installed in a transmission that runs an earth moving machine. It was a complicated combination of assembly and testing that the company had never before experienced, a process which built the team’s confidence in anticipation of even greater challenges to come.

For these assembly projects, the company employs both automated processes as well as a team of highly-trained personnel. Tuson recognizes that every project is unique, and, to accommodate this, it develops assembly procedures based on the requirements of each contract. All procedures are thoroughly documented for the customer’s peace of mind. Tuson can manage the entire process from finding hardware to machining and fabricating parts to assembly, logistics, and final delivery, taking the entire workload off of the customer.

Since the company’s creation in 1987, hydraulic valve assemblies and electric motor components have been typical of its work. The company drew on this experience to develop a line of hydraulic braking technology for recreational vehicles (RV) that it now offers through a division known as Tuson RV Brakes.

In 2015, the company acquired a patent for a ground-breaking innovation in this area that it calls Tuson Sway Control. Sway is what happens when wind and other forces cause a trailer to move sideways, which can result in fishtailing and is the top cause of RV and trailer accidents. Tuson’s sway control technology constantly monitors the orientation of a trailer, identifies a sway condition, and mathematically calculates a safe braking solution. This technology vastly improves the safety of towing and showcases the company’s capacity to innovate.

One of the key parts of Tuson’s success is a focus on structuring the business to accommodate efficient supply chain management. The company has worked diligently to fine-tune every step of its internal processes toward efficiency.

On the production side, Tu drew on his experience with Japanese manufacturing to implement a principle known as kanban. This is a scheduling system designed to optimize the process of inventory management and was invented by an engineer for Toyota in the 1950s. The word kanban means ‘queue limiter,’ and it was designed to mitigate the problem of overstocking. Essentially, this systematic process uses the rate of demand to control the rate of production. By implementing this principle, Tuson has significant efficiency gains over competitors.

Over thirty years of operating experience Tuson Corporation has developed an expertise and a reputation that have helped to drive its success. For customers operating in highly-competitive markets with razor thin margins, the company offers the cost-saving advantage of overseas manufacturing with an ISO-certified promise of high quality. From humble beginnings, through many arduous and character-building challenges, Tuson Corporation has settled into an upward trajectory that promises to rise long into the future.