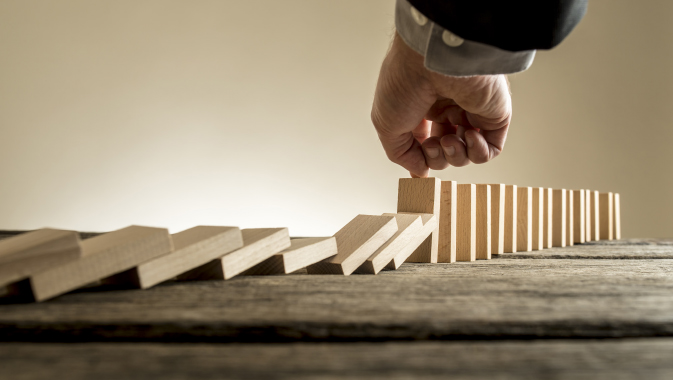 It’s something all of us could do without in our lives. Unfortunately, this crippling beast decides to rear its ugly head when and how it chooses. There is no individual, society, or country immune to its devastating presence. Neither are organizations, most of which have or most likely will have, to stare this beast in the face. Its name is ‘Crisis’ from the Greek word ‘Krisis’, meaning ‘decisive moment.’
~
A crisis can be pernicious in its impact across all strata of an organization. It has to be acknowledged, identified, assessed and monitored through each phase of its unraveling. There is no time for hesitancy or complacency in addressing a crisis situation. It requires immediate organizational action and a crisis management plan that is not only timely and effective but is the right thing to do in everyone’s opinion. But how? The solution may be found in the intellectual disciplined process of critical thinking.

Gil Meyer is seen as a crisis management expert with 29 years of experience working with DuPont, a vastly diversified company founded in 1802, and now known as DowDuPont Incorporated after its merger with the Dow Chemical Company in 2017.

For the past 12 years, Gil led global issues and crisis management programs for the company and is much sought after to do the same for other organizations. He possesses a passion for the critical thinking process and has devised ‘tools’ to assist organizations in recognizing and implementing their own responses to a recognized crisis situation. His tools and strategies are found in his recently published book, Corporate Smokejumper: Crisis Management: Tools, Tales and Techniques.*

He explains that critical thinking, “must be holistic. You must bring a whole wide range of perspectives,” noting that not everyone is capable of setting up a crisis management team. But, “if you have the right dynamics in the team’s interactions then you will get that because people bring the value of diversity of thinking into the room. They’ll bring a perspective, they’ll respect other perspectives and you’ll have that holistic view as you consider everybody’s voice on the team.”

When speaking about what is deemed a crisis, Gil shares three definitions. What needs to be understood is the scope of a crisis and its range of effect and implications. “You can over respond to a situation as well as under respond to a situation,” he says. Because the definition of a crisis will vary among organizations, it’s imperative for an organization to have their own formal definition so that individuals comprehend when a crisis response program should be implemented.

Speaking about DuPont’s formal definition of a crisis specifically, he shares that three conditions had to be met. The first condition was that there had to be an adverse effect on the normal operations of the company and the generating of a disruption of its financial position. Secondly, it required “an immediate coordinated management response,” meaning that management at the appropriate level had to be involved. Gil notes that these first two conditions may be related to a severe supply chain disruption, for example, that in and of itself could be perceived as a huge concern but may not constitute an organization’s definition of a crisis. And thirdly, “It has the potential to quickly focus extensive media and public attention upon the company,” he continues. “So there’s an external conflict being brought in to the situation that makes things much more complicated.”

The second definition of a crisis is a “high profile, high stakes situation wherein you’re faced with a range of bad choices,” continues Gil, explaining that a crisis is an acute situation in which “you have no good options for handling it. Even staying where you are has negative consequences. And that’s a helpful definition because it kind of normalizes what people are feeling.” A decision has to be made but, “it’s going to have negative consequences no matter what you do.”

And the third definition entails one in which the speed of decision making becomes essential. “In today’s world decisions have to be made almost instantaneously in some cases, especially in the early hours of a crisis,” he says.

There once was time for an individual or a crisis management team to sort through all of the information, analytics and semantics of a realized crisis. This is no longer the case primarily because of the power and influence of social media and the speed of digital communication. “You have to be ready to go – right now,” says Gil. “That means making serious decisions in a very short period of time.”

Certainly the crises of the past remain the crises of today, such as natural and environmental disasters, supply chain disruptions, regulatory challenges, bankruptcy, and competitor challenges, to name just a few. Today there is a “mash up of crises,” continues Gil, adding that, “Now we have additional challenges that sometimes overlay and complicate those original ones.” Those additional challenges may include cyber or terrorist attacks that lead to power outages and loss of communications, for example.

When asked if there has to be a consensus within an organization about what is deemed a crisis, Gil states that, “Some people don’t like to use the word crisis because it denotes out of control.” Some may see a crisis; others may see merely a problem or an issue. “An issue is a more chronic situation that you have the opportunity to address, whereas a crisis is acute,” explaining however that, “An issue can spike in to a crisis.”

When referring to his strategies utilized to address an organizational crisis, Gil has his own uniquely devised ‘toolbox’ indicating that, “My tools [are] used for different circumstances, but perhaps on the same project.”

He notes that one tool in particular has proved helpful in many incidences, explaining that there are objectives to consider when confronting a crisis. “You can face large decisions or relatively small decisions. And many of them can be quite gut wrenching, large or small.” As an example, he clarifies that a large decision may be perhaps whether to recall a product that is not meeting specifications and has a safety issue. A decision must be made to recall a product, stop the sale of a product, communicate the issue to customers, or wait and see. “Those are the sorts of challenges [where] each of them has major consequences,” he explains. “This tool I used more often for larger decisions. My tools by and large are to be used quickly, like within hours of a crisis.” Initiating, running and enforcing this tool, which he refers to as his decision making matrix, leads to some sort of answer or at least some insight.

This particular tool addresses one pitfall which is defined as, “too narrowly defining what success would look like. Too narrowly defining what our objectives are or not defining it at all.” Individuals on a team tend to spontaneously try to find solutions, but what isn’t acknowledged is that there are a number of individuals working on a crisis solution that perceive a successful solution in a different manner. Each individual is on a journey and what generally happens is that, “People too narrowly define or intuitively think everybody’s moving in the same direction when they might not be.” Not thinking about objectives collectively negates the aforementioned ‘holistic view’ of critical thinking because you may be getting only one individual’s view and perspective.

Other objectives include the need to minimize the impact when trying to resolve the problem while meeting customer needs. Citing the product safety issue again as an example, Gil shares that it’s not just about delivering a product but, “It’s delivering a safe effective product and also protecting the customer’s reputation. That’s meeting a customer’s needs.” It’s all about protecting the image and reputation of an organization. And the last objective is to “manage your resources wisely.”

Another pitfall to be considered is “too narrowly defining your options.” Essentially, options have to be weighed, with both the pros and cons, to determine what materializes between these two options. “It’s a tense, stressful environment in a crisis room,” Gil says. “It doesn’t feel natural to get creative; everybody’s very sombre and serious. And you almost have to give people permission to get creative.”

If options are presented then the question becomes one of how they meet a particular objective. Oftentimes, “We’re dealing with an ambiguous situation for which there are no obvious solutions,” he adds. “Rarely is there a perfect solution that comes out.” What often transpires in the critical thinking process is that options are entirely eliminated creating more room for insight.

The critical thinking process is quite complex and requires out-of-the-box thinking with a lot of creativity to not only evaluate and summarize, but further creative ideas. Other factors will need consideration during the process such as one’s age, sex, personality type, life experiences and culture, to name a few. “All of that comes in to play,” shares Gil. “People sometimes revert to the core part of their personality when put in to a stressful situation.” But what helps is the recognition of these factors, by all crisis management team members, so that they can compensate for these variables.

Perhaps the most common mistake in the critical thinking process is, “too narrowly defining what we are trying to accomplish,” says Gil. “You are very often under extreme deadlines. You’re losing business or the media are calling or it’s going viral in social media.” With this external spotlight on an organization, “You’re under enormous pressure to say something. Because it’s a void if you don’t. Others will start to fill it with their version of the facts.”

Gil suggests that the best strategy is to “get out there right away and get into the conversation. It buys you perhaps a few hours, but those are precious, precious hours.” Be aware of allegations, rumours and the early reports and make it clear that your organization is investigating and cares, and will share facts when they become known. You have to “be aware and care.”

Summarizing, Gil suggests that the crisis management team has to step back for a moment and ask, ‘Are we doing the right thing?’ “That is an essential part of your critical decision making.”