First Responders You Can Count On 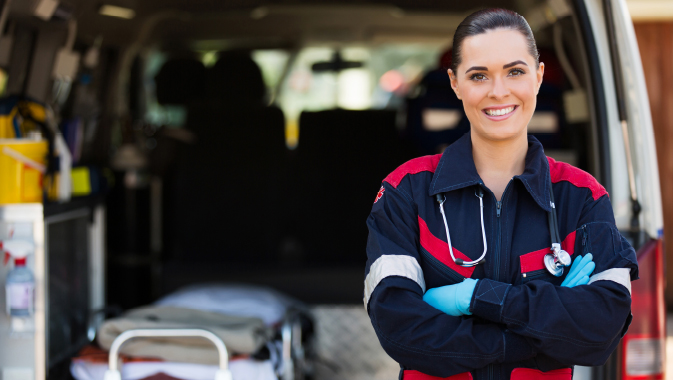 In times of crisis, such as extreme weather events, people and communities are left vulnerable and in need of emergency medical services (EMS). The team at MedicOne Medical Response is ready to spring into action with experience, resources and a passion for quality patient care when it is needed the most.
~
MedicOne Medical Response has facilities throughout the United States and is relied upon year-round. Just as emergencies and crisis situations take no holidays, the same can be said about the company and its team of professionals.

The company’s professionals evaluate the urgency of a patient’s needs and will provide transport in accordance with the patient’s condition, including reliable air ambulance service. The team can be ready to fly out within ninety minutes of a call and operates with twenty-four-hour flight coordination, cost-effectively and compassionately.

MedicOne Medical Response is a highly-reputable medical transportation company, established in 1999, and headquartered in Farmers Branch, Texas. It was founded out of a need for quality medical transport service that puts the patient first.

With that as its mission, MedicOne Medical Response has grown. It now serves Texas, Tennessee, Mississippi and Illinois with premier emergency, non-emergency, interfacility transport and critical care ambulatory services. Each year, the company provides transport to over seventy thousand patients.

In 2017, MedicOne Medical Response was recognized as one of the five thousand fastest-growing privately-held companies in the US by Inc. Magazine for the fourth consecutive year, an acknowledgment that validates its efforts to be an employer and a medical transport provider of choice. To support the increase in demand for its services, it has expanded its fleet to include over ninety-five vehicles. The company is also transitioning to paramedic chase vehicles in several of the markets in which it is active. A new fleet of command Tahoes has been purchased for use in Nashville, Memphis and Dallas.

As well, it is adding team members, resources and constantly improving its processes and technologies to offer unrivaled patient care for every call it receives. While it is well-equipped with resources and state-of-the-art technology, its people are behind its success. As its motto states: “Our passion is contagious, and our people are simply the best.”

MedicOne Medical Response acknowledges the challenges associated with a career in medical transport and EMS, and, as a result, it is doing what it can to be attractive as an employer, providing perks and employment standards that enable it to attract and retain knowledge and expertise within its workforce.

For its ‘EMS rock stars,’ MedicOne Medical Response offers competitive pay, which was just raised to one of the highest rates in the industry, sign-on bonuses, hiring incentives and relocation bonuses, as well as an employee referral program, performance bonuses and opportunities to expand the scope of practice, ensuring that hard work is both recognized and encouraged.

The sky is the limit regarding career advancement as employees have professional development opportunities in tactical medic, critical care paramedic, EMS bike, leadership, as well as special operations response teams. Employees are free to develop a schedule that promotes the work-life balance of their choosing with eight-, ten-, twelve- and twenty-four-hour shifts.

In addition to ensuring the most qualified medical professional are on hand, multiple improvements have been made to its processes and operations to sustain the standard of care MedicOne Medical Response consistently delivers.

By asking how it can better serve its patients, MedicOne Medical Response identifies areas of improvement across its operations. According to its website, over the last six months, there has been “a renewed focus on clinical excellence and customer service,” which has been achieved through the addition of new and vital services.

To improve its capacity, the company has replaced its fleet of wheelchair vans with new 2009 Mobility Works vans. Its Stryker MX-Pro transport stretchers were replaced in January 2009 and are serviced every six months to ensure performance. Transport ventilators have been added to its paramedic-staffed ambulances, among other upgrades.

A computer-aided dispatch and scheduling system was purchased to improve operational efficiency and accuracy, helping to reduce response times and maximize patient care. MedicOne Medical Response is also transitioning to paperless charting and has instituted a one hundred percent chart review quality assurance and process improvement program complete to maintain compliance and quality.

The company is also raising its clinical standards by developing mandatory and recurrent clinical skills and customer service training programs for all employees. There is a belief that changes in frontline healthcare are being ushered in, and MedicOne Medical Response wants to be at the forefront of this movement with its investment in its people, processes, equipment and technology.

MedicOne Medical Response guarantees that it will do everything it can to deliver the highest standard of patient care, ensuring that quality, safety and the well-being of the patient remain the most important efforts, whether it is an individual in need or a service call for one of its partners such as TriStar Health. It recently signed an agreement with TriStar’s family of hospitals and emergency rooms.

Recently, MedicOne Medical Response brought Larry Dorsey on board as its new regional director of business development in Tennessee. Mr. Dorsey brings extensive knowledge and experience to the company as he works to implement a new ambulance transportation contract that has been signed in Middle Tennessee.

Mr. Dorsey is a veteran of the US Army, having served from 2003 to 2013. He received his advanced EMT certification in 2003 and recently completed his Bachelor of Science degree at Trevecca Nazarene University. His expertise and leadership will further help it to remain the leading medical transport provider in the markets it serves.

Likewise, it is the unwavering commitment to patient care that has elevated the company above its competition in the market. When Hurricane Harvey rolled in and devastated Texas with flooding and destruction, MedicOne Medical Response was there.

When Hurricane Irma caused a mass exodus of evacuees, while everyone was on their way out, its team of professionals were heading directly into the storm’s path to ensure those who needed assistance were brought to safety and cared for.

Seven units were deployed from Tennessee, Mississippi and Illinois to respond to the wake of Hurricane Irma in storm-battered Florida. MedicOne Medical Response teams operate with bravery, courage and resolve, always doing what is right to ensure patient care remains of the highest standard, even if that means going into harm’s way.

MedicOne Medical Response takes its role and responsibility very seriously. It has built a name for itself and has a reputation that is as rock solid as its desire to provide patient care of the highest standard. In doing so, it sets the bar high for medical transportation services.