In Uncertain Times, This Kind of Growth Makes a Definitive Statement 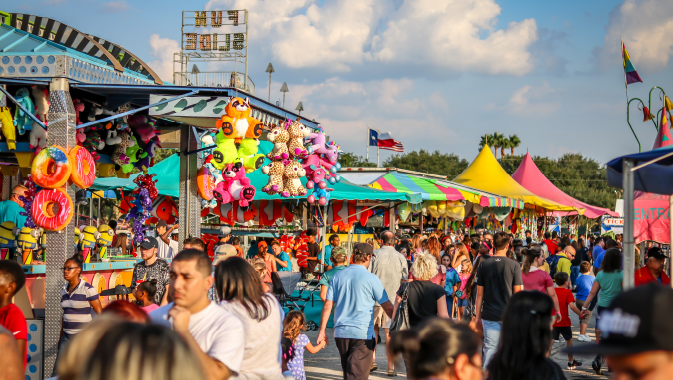 Just outside Houston, Texas, the city of Rosenberg has worked to transform itself – from a suburb of Houston to a thriving metropolis. Now, real growth is accelerating with Rosenberg Development Corporation’s emphasis on diversity.

Today, in a changed world, the Rosenberg Development Corporation (RDC) is continuing in its mission to help Rosenberg grow responsibly and attract a diverse spectrum of residents.

From its beginnings in the late 19th century as a railroad stop, Rosenberg has grown to embrace its geographic importance. Less than 30 miles (50 kilometers) from downtown Houston, the city has long used its transportation proximity to its advantage.

Rosenberg serves as a nexus for three separate rail lines and three highways, and is also only 50 miles (80 kilometers) from the deep-water harbor of Port Freeport on the Gulf of Mexico. With these logistical advantages in place, the growth is self-evident; the population of Rosenberg has ballooned to over 38,000, growing 28 percent in the past ten years alone.

While communities large and small adapt to the scourge of COVID-19, the leadership of the RDC takes pride in Rosenberg’s continuing growth in the face of adversity. Director of Economic Development Jeremy Heath views this growth as showcasing the city’s flexibility.

“I think Rosenberg, as a whole, did a really good job, and so much of that credit goes to our private sector,” Heath says. “We’ve seen a lot of creativity and ingenuity in small businesses improving their digital tools, or simply finding ways for customers to patronize their businesses safely.”

One of Rosenberg’s most recent successes is a massive distribution center for retailer Dollar Tree.

Opened in mid-September, this major development is the final product of a deal three years in the works. Now open, the one million square foot center has already provided more than 500 jobs for the community.

More than a building, the center represents a close working relationship between Dollar Tree and the RDC – an example which may prove persuasive to other businesses considering a move to Rosenberg. “It has been a tremendous partnership,” Heath says. “Everything we’ve asked them to do, from a performance standpoint, they have overachieved on.”

In addition to the distribution center’s sheer size, the project spurred the RDC to partner with City officials to develop new infrastructure. The large greenfield plot required both water and sewer access to begin operation. With this development complete, Heath remarks how the project was a win-win to help business expansion for both Dollar Tree and Rosenberg.

“In expanding that water and sewer, we extended service access to over two miles of undeveloped property. It was a $150 million capital investment,” he says, commenting on the entire distribution center development and its related infrastructure, “and it put us in a position to bolster future growth.”

The new center is the most recent addition to the city and complements another emerging in-city development, Rosenberg Business Park. Located on 184 acres of prime real estate, approximately 100 acres of this are currently sold or in the process. “We’ve watched the activity out there really pick up in the past 18 months to two years,” Heath says.

“The Park is on pace to see multiple ground breakings in 2021, and more than 100,000 square feet have already been built by an area developer. In short,” Heath remarks, “We’re in expansion mode.”

He relates recent efforts to expand three area businesses, including an eye and skincare manufacturer OCuSOFT, chemical blender Seatex Ltd., and water utility service provider Si Environmental. “Those expansion projects combined have retained about 500 full-time jobs and are projected to create about 150 new jobs over the next five years,” Heath says.

“It also sends a message to other current businesses in our community that we value their investment, and we will work with them to grow and prosper.”

An additional success story is that of Wet Sounds, a high-end marine audio supplier which is currently constructing an 118,000 square-foot headquarters and operations facility, providing 50 high-paying jobs in the process. All of these projects, Heath notes, are the result of carefully selected investments from the RDC and Rosenberg City Council.

“Our current leadership on the Development Corporation and City Council has demonstrated their willingness to incentivize appropriate projects, and that makes our city more attractive to new companies in the hyper-competitive world of economic development.”

The high ratio of retained to created jobs highlights how Heath and the RDC have put strong emphasis on a job retention strategy. “If a penny saved is a penny earned, a job saved is a job earned,” Heath says.

In addition, he relates how the RDC works to encourage not only new growth but diverse growth, as part of its mission to vary the region’s economy as much as possible. “You don’t just throw an incentive at anybody who walks into your office and wants to open a business,” he says. “You’ve got to look at the entire model: ‘how is this going to fit into our community? Is this a need for us right now? Is this going to provide opportunities for our citizens?’”

By keeping these questions front of mind, Heath and the RDC are ensuring that Rosenberg’s development continues in a balanced way, and serves the community.

These guidelines also reflect Rosenberg’s commitment to diversity in all its forms. A wide variety of industries provides jobs across numerous sectors, in line with the vision of Heath and his colleagues.

“We understand Rosenberg. We’re on the ground here, and Rosenberg is as diverse socio-economically as any place you’re going to find,” he says. “Our job is to create jobs, but more specifically, it’s to create jobs across all sectors resulting in a strong local economy.”

The Dollar Tree distribution center, he points out as an example, provided not just entry-level jobs but mid- and senior-level administrative positions, thereby generating growth for the community as a whole.

Indeed, Heath explains, growth now needs less to be spurred on and more to be managed. Rosenberg’s housing market, for example, provides a strong indication of the area’s expansion.

But as Rosenberg and the RDC work to provide a strong workforce for the area’s host businesses, the city’s strongest asset remains the local campus of the Texas State Technical College, or TSTC, located in the heart of town. The RDC has long recognized the college’s potential for workforce development, and will invest over $2.5 million into the campus over the course of an ongoing long-term partnership.

As Heath relates, the college’s location in Rosenberg has been a major bonus to the city’s goal of diverse expansion. “It’s made companies from all different sectors take a much closer look at us, which as a whole aids in attracting the types of citizens who want to work, and who do have skills, because they want to raise their families to have the same opportunities that they want for themselves,” he says.

“TSTC has been a huge driver of that. It helps our entire community.”

In addition to TSTC’s own offerings, the campus also benefits from Texas’ Skills Fund. Under this state program, if a specific training course is not offered through existing institutions, Texas will reimburse companies for job-specific training skills. This specialized training provides companies additional incentives to relocate to Texas in general and to Rosenberg in particular.

“Training a workforce is the most unpredictable and expensive demand many companies go through,” Heath says, “so if you can help them with their workforce training, they’ll take a second look.”

While TSTC remains Rosenberg’s primary workforce developer, it is far from alone. Wharton County Junior College has two satellite campuses located within 10 miles of Rosenberg and their main campus is only 25 miles away. The University of Houston at Sugar Land is also just a 10-minute drive from Rosenberg.

But the RDC’s mission moves beyond simple job creation and retention. As a Type B EDC, its mandate extends to improving Rosenberg’s quality of life, and Heath and his colleagues are striving to make Rosenberg a more welcoming community.

In particular, the city is continuing its ongoing commitment to develop nearby Seabourne Creek Nature Park – 164 acres that include a large lake for fishing, spacious prairie areas, walking trails, a disc golf course and a butterfly garden. The nearby Seabourne Creek Regional Sports Complex boasts baseball and softball fields, and is under expansion, too.

Heath emphasizes that the RDC – in his own words – understands the risks workers take in relocating long distances for new jobs. “If we want to continue to attract diverse, quality companies that have a positive culture, they have to be able to attract the type of people they want to employ,” he explains, “and the community those companies are in is a huge part of that.”

As Rosenberg and the RDC look to the future, Heath and his colleagues remain solid in their vision of carefully engineered growth for Rosenberg, growth that reflects, and captures, the city’s ideals.

“It’s up to us to determine what that growth looks like,” he says. “Growth for the sake of growth can be unstable. We are encouraging quality growth by investing in and providing the services and amenities that attract residents and businesses who love calling Rosenberg home.”