Bringing a Family Vision to the Halifax Housing Market 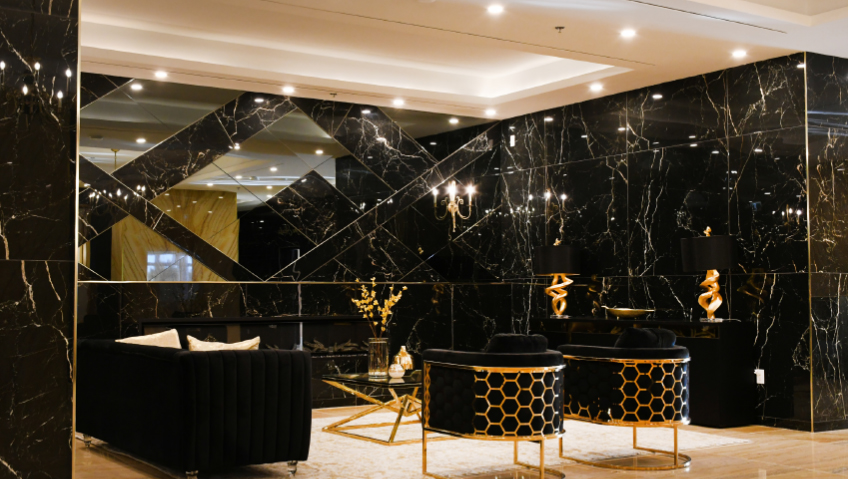 Rental agency and property developer Cosmos Properties and Developments of Halifax, Nova Scotia, Canada constructs and manages its own buildings. The company has been in business for over thirty-five years, since Founder and Project Manager Peter Giannoulis, Sr. parted ways with brother and original business partner Steve so each could build individual portfolios.

The Giannoulis brothers first emigrated from their native Greece to Nova Scotia in the 1980s, and after Peter graduated from Dalhousie University, opened a small family restaurant in downtown Halifax before purchasing a small building in the north end of the city. Peter Sr. grew his enterprise from there into a profitable business, and through “lots of hard work and sleepless nights,” as described by his daughter Amanda, purchased land in downtown Halifax and the Clayton Park area (specifically apartment buildings in the latter).

Amanda became more involved in the business after coming on board in the spring of 2000, after graduating from Dalhousie herself, as a rental agent and assistant property manager, having loved the business since she was a teenager. “I rolled coins for the laundry machines, collected rent, mowed the lawn,” she recalls. Amanda and her siblings built their own portfolios by working for the company. She now works in property management and customer service alongside her brother Peter Jr., who works in maintenance and building development.

Cosmos is best known for the Rosewood and Woodcliffe apartment complexes in Halifax, as well as the ongoing development of Grandhaven Estates. It is also recognized for the Comfort Hotel in the Bayers Lake area, as well as the new Halifax Tower Hotel, solely managed by Amanda’s sister Stephanie Giannoulis.

Amanda also mentions her father’s ‘baby,’ the Bedford Basin Farmer’s Market, as a beloved side project of his that he frequently shows off to developers. She proudly points out the attention to architectural details across Cosmos properties, which combine traditional and modern façades to create more unique transitional-to-modern interior designs. This approach allows the company to follow trends while remaining classic in its designs.

When it comes to the company’s philosophy, the familial focus is even clearer as Amanda says that it is all about a shared vision. “Every building and venture we do is based on a vision… It’s a family business. We plan projects together before they are put on paper through discussion and teamwork.”

Strong relationships with both builders and with clients are the key to this vision, with some clients having been with Cosmos for over thirty years. The quality of these relationships matters on every level, even down to choosing the materials and design that will stand the test of time.

Cosmos has maintained a good reputation with its clientele, and its customer service is continuously improving. Attention is also paid to keeping Cosmos’ nearly-150 employees happy and engaged in their work; as the industry is notoriously competitive, all levels of the business want to be as hands-on as possible in relationships and in building communities.

Going the extra mile is something that Cosmos does in every aspect to create a positive experience and offer something special to residents. Amanda cites common spaces for residents to gather in its buildings as an instance of this, noting that even more of these spaces are being created due to the after-effects of COVID-19 as people are working from home more and need communal spaces to gather and be social.

Cosmos also routinely offers its lounges, event centers, and lobby areas for local community efforts like blood clinics, flu clinics, municipal elections, charity events and fundraising, and business start-ups. Amanda feels that people around the city do want to get back out, but fear and doubt still linger around COVID-19. Cosmos always wants to keep tenants safe and happy for the good of their mental health, but Amanda recognizes that it is up to the company to create those spaces in the first place.

The COVID-19 pandemic did not spare the rental and development spaces, producing delays and high prices in building development; however, although finishing projects has been challenging, Amanda believes that the sectors Cosmos intersect with have not been affected as much as other industries. Now that movement is happening in the market after the height of the pandemic, companies like Cosmos are beginning to see rental prices on the rise, whether due to property taxes, water and power bills, or the current two percent rent cap in place in the province. She observes that smaller buildings are unable to maintain operations and are either going bankrupt or selling, a trend that may continue until the cap lifts in December 2023.

Nova Scotia is currently experiencing an affordable housing crisis, with very few to no units available. While the city has approved upcoming projects and many are under construction now, there is still an issue of affordability. Amanda admits that developers and landlords have gotten heat from the public because of this housing crisis but counters that the government must step in at this point to make more affordable housing.

“We are the builders; we are in the private sector. How are we supposed to build and maintain affordable housing when prices have skyrocketed? Inflation is soaring, there are supply chain issues, building materials have increased [in price]; the government must step in and put a stop to this profiteering practice. It must start regulating these costs in order for the inflation to come down.”

She also believes that the public must be better educated on the effects of the rent cap on building owners and maintenance. Amanda has seen a few unscrupulous landlords increase rent by as much as 200 percent without the rent cap, which she believes makes the industry look bad. Cosmos, on the other hand, is concerned with keeping customer satisfaction high and is more likely to only raise the rent by no more than $50 to $100 annually for renters and not without paying attention to an individual renter’s needs.

The goal of Cosmos within all of this is to keep communication open as builders and landlords and find the right solution. Cosmos is still committed to the province in which it made its name, especially with it experiencing a continued influx of new people from abroad and other provinces. “People have chosen [Halifax] for a reason,” so Amanda is firm that the government needs to be encouraging partners in helping development in Halifax and in making the housing market more efficient and balanced, even if the projected solution timeline is several years.

An entity that has proven to be a voice for renters and property owners in turbulent times for the province is the Investment Property Owners’ Association of Nova Scotia (IPOANS). Cosmos has been a standing member of IPOANS for over a decade. The company has worked side-by-side with IPOANS to make and propose changes to the province’s Residential Tenancies Act (RTA) and has backed the organization all the way to support local developers.

Cosmos has also garnered a number of awards from IPOANS, notably ‘Development of the Year’ some years ago for the inaugural building in Grand Haven Estates and ‘Pillar of the Year’ for founder Peter Giannoulis. This year has also seen Cosmos earn the award for ‘Income Property Owner of the Year’ at the IPOANS Gala & Award dinner, a distinction that recognizes property owners that demonstrate management excellence and professionalism as well as exemplary customer service, property maintenance, and active community involvement. Amanda remarks that gaining recognition from IPOANS is its own reward, and it is a huge boon to be able to have a place to voice concerns in the development industry.

Cosmos’ Halifax Tower Hotel is set to open June, 2022, itself a long-awaited project for both the company and the city of Halifax. Amanda touts the hotel’s lounge and restaurant areas, as well as a planned cocktail bar on the top floor. Cosmos is also finishing its project in Grandhaven Estates, in development since 2013 and with a projected completion date of 2024. After that, the family will likely take a step back and see how things go.

“My father and brother, Peter Jr. are quite active; who knows what they may come up with?” Amanda chuckles as she asks the question, but she does know for certain that the focus of Cosmos will be, as ever, on its clients, especially during a difficult time for housing in Nova Scotia. “It’s one thing [to build] a building, but it’s another thing to retain, maintain, and keep customers happy,” a set of challenges that the Giannoulis family has a lot of experience in accomplishing.