A Commitment to Excellence 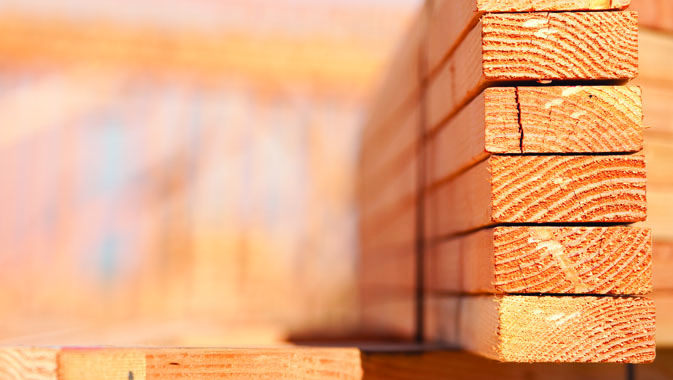 McIntosh Box & Pallet Company was established in Syracuse, New York, in 1961 by Ken McIntosh. The company has grown from one to six strategically located sites across New York State: East Syracuse, Bernhards Bay, Rome, Geneva, Buffalo and Palermo. McIntosh provides freight-sensitive wooden pallets, crates, boxes and other shipping related supplies, in addition to lumber and specialty wood products.
~
McIntosh is a full-service provider of new hardwood, softwood, plywood and OSB pallets and skids in addition to reconditioned pallets. The company established its first location in Syracuse in order to serve its first customer: Carriere Air Conditioning. All of the sites that followed was opened to serve other key account holders from a number of industries and sectors, and locations were expanded, when necessary, to ensure scalable growth. When asked about the diversity of its client base, Vice President Will Wester explained that McIntosh products support any manufacturing market.

McIntosh serves the United States and Canada and has remained focused on the New York State market. It is a prime location due to the costs associated with shipping in that geographic area and its access to the eastern seaboard as well as the global marketplace beyond. Circumstances have certainly played into McIntosh’s favor this year, as shutdowns and delays at western ports have increased Atlantic shipping activity.

It is McIntosh’s mission to continue growth by building mutually beneficial relationships with its customers, employees and suppliers. The company’s activities are guided by its principles of commitment, discipline, synergy, respect, excellence and constant improvement.

Products are export grade (ISPM-15 compliant), in accordance with the Regulation of Wood Packaging Material in International Trade. This means that McIntosh is fully certified to heat treat and stamp new and recycled wood packaging, which takes place at its Rome facility. ISPM-15 was established under the International Plant Protection Convention (IPPC) to reduce the risk of introducing foreign pests into new areas, regulations that have been adopted by over seventy countries.

It has over 300 customers from major accounts, such as Carriere, to the crafter who has seen a number of do-it-yourself creations and wants to make a garden, bar or trendy seating out of only one or two pallets. McIntosh is equipped to satisfy a variety of market needs in a diverse range of industries. “In fact, McIntosh supplied the lumber that was used in Toby Keith’s retail store in the Syracuse Mall,” Wester said.

Since 1961, McIntosh has experienced strong, steady growth by ensuring that it takes a disciplined measure to that growth. “We really take a team approach in all aspects of our business – from accounting to sales to operations.” This collaborative culture that it has created is paramount to its success.

“Our people’s focus is to get better and to maintain balance. You know, we take a lot of pride in our work. All of our people are innovators; if they think they are or not,” Wester shared, “and every day we’re trying to get better at helping everybody understand how they are a variable to the process.”

In addition to its coaching approach to team development, product improvement and process efficiency, McIntosh is highly invested in improving its information technology capacities. IT development helps to consolidate the bounty of information related to its expansive product and service offerings and its growing customer database and associated record systems.

Technology is increasingly being employed by McIntosh. In every aspect of its daily operations, it improves processes, helping it to become more efficient and effective and offers customers consistent output across operations. “If we have hundreds of customers, and we have 2000 different products we make, there is so much information there that we don’t always use in the same place,” Wester added.

McIntosh has a continued focus on personnel development. It offers merit-based opportunities for those who demonstrate the necessary skills and leadership and it helps its employees to improve their marketability, recognizing how this, in turn, has a positive impact on the marketability of the company as a whole. “Our people will make us expand in the future,” Wester explained, citing the quality of McIntosh employees.

McIntosh not only strives for continuous improvement in its own operations and work environment, it also makes its local communities and the environment a priority.

McIntosh participates in the J.P. Morgan Chase Corporate Challenge in Syracuse, New York. Last year, alongside 316 other companies, McIntosh participated in the 32nd annual running of the event. Of the 8,564 runners who competed, ten McIntosh employees crossed the finish line, with its best performer in the top twelve percent. A team will be entered again this year, with all proceeds helping the Hillside-Work-Scholarship Connection, helping Syracuse students complete high school and prepare for college.

In February, McIntosh donated lumber to Jordan-Elbridge Elementary School for a bluebird nesting project, aimed at teaching students about New York’s official state bird. McIntosh’s contribution helped to educate the students while giving back to the community as a whole through the nesting boxes.

Approximately thirty percent of its activity is geared towards recycling. McIntosh has placed an emphasis on the environment, being listed as a SmartWatt Energy, Inc. case study for its efforts to reduce energy and resource usage, in addition to lowering its energy costs. SmartWatt Energy conducted full-building audits of the maintenance area, warehouses, loading docks, storage areas, production areas, mechanical rooms, offices, restrooms and additional facilities in Bernhards Bay.

With the recommended energy-saving upgrades, McIntosh aimed for a dramatic improvement in the quality and quantity of light and an associated decrease in energy costs. More than one hundred lighting fixtures were replaced throughout the facility. In addition to improving internal conditions, the two projects undertaken by SmartWatt Energy will see a combined annual energy savings of $10,229 (accounting for over 73,000 kWh of annual displaced energy), totaling a national grid rebate of $16,218.

This was a seemingly small effort that had monumental impacts. As well as taking into consideration the cost savings from the projects, there was a significant environmental impact. The projects saved enough electricity to reduce the equivalent of 89,071 pounds of carbon dioxide (greenhouse gasses) and other pollutants from the air. The improvement was the equivalent of planting 8.7 acres of trees.

McIntosh has built a reputation for quality products and service and its commitment to quality does not stop at its own operations. Its actions are proving to be a driving force, leading the way to its continued growth and success.

“Everybody wants to grow, but they also want to grow the right way,” Wester stated. “We all try to stay unified by the same goals.” McIntosh has the people and the capacity to grow, and it has proven its strength and leadership over time.