Bringing Back a Pair of Iconic Brands 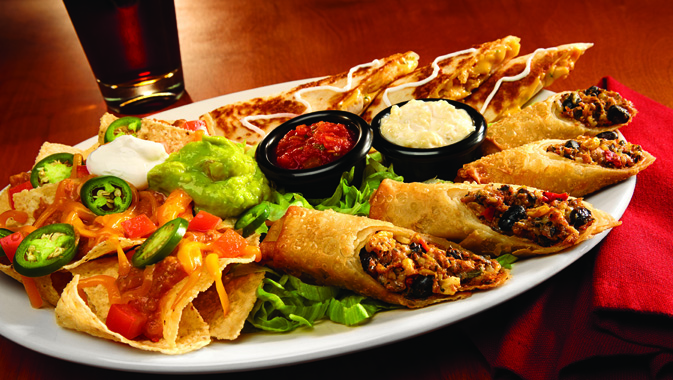 After pioneering the casual dining concept and enjoying decades of success, Bennigan’s and Steak and Ale fell by the wayside. That’s when Paul Mangiamele swooped in, buying the brands outright and rescuing them from bankruptcy.
~
“The plain, honest truth is I fell in love with the concepts,” he recalls. And Mr. Mangiamele knew he wasn’t alone. “No matter where I go, everyone tells me a feel-good story about these brands.” From rehearsal dinners at Steak and Ale to lively family gatherings at Bennigan’s, people carry warm memories of time spent in these much loved restaurants. “There is that emotional connection.”

Mr. Mangiamele recognized that if that nostalgic association still exists, so does a substantial business potential. “If there is that kind of emotional connection, there is still a strong demand for these brands,” he believes. But the two brands need to be refreshed – Bennigan’s is undergoing a substantial redevelopment, while Steak and Ale will require a complete reimagining, since the chain closed its doors in 2008.

Having complete ownership gives Mr. Mangiamele the control he needs to revamp the concepts. It also sends a strong message to the entire team. “There is nothing that speaks louder to the franchisees than to have the owner of the concepts fully invested. It delivers such a strong message of credibility and commitment and dedication, just like my franchisees demonstrate to me.”

With Bennigan’s celebrating its fortieth anniversary next year, and Steak and Ale its fiftieth, there is plenty of nostalgia to build upon as Mr. Mangiamele refreshes the brand. But there are also plenty of things to change. “I don’t want to supply this demand with the old look and the old menu and the old service techniques,” he explains. “It used to be that a brand had a shelf life of ten years, but now it seems like it’s ten minutes. You have to be constantly thinking of what is new, what is cutting edge.”

The competition is incredibly fierce and, as Steak and Ale’s closure demonstrated, even the most beloved brands can topple. “There are over a million eating establishments in the United States alone. The industry generates almost a trillion dollars in sales. It is important to make sure you can deliver great food and great service in a great environment.”

Bennigan’s recently introduced its new prototype, revamping everything from the look of the restaurant to the menu. “We dove deep into the details, from the type of tables to the type of lighting, to the type of menu offerings, to how often you refresh your menu.” The reinvention carefully balances beloved aspects of Bennigan’s with the need to refresh the brand and attract new customers.

Based on American fare, the new menu combines exciting new offerings with old favorites. “We are still keeping all our signature menu items. Our world famous Monte Cristo is still a staple, our world famous Turkey O’Toole is still a staple. We are not ever going to move away from the things that everybody wants.” The revamped, chef-driven menu also includes innovative offerings such as Cottage Pie, a new – and already wildly popular – take on the classic shepherd’s pie. “As soon as you taste it, it makes you feel good,” Mangiamele says of both the old and new menu items. And, “if it makes you feel good and it is comforting, that is what builds the emotional connection to the brand.”

The new Bennigan’s prototype maintains the classic vibe of the iconic restaurant – high-energy, vibrant, and brimming with “Irish hospitality.” The idea is to create a “neighborhood restaurant and tavern” where everyone will feel welcome and engaged, no matter their demographic. “I want to have a very wide band of customers that spans from the Millennial Generation to the Greatest Generation, where everyone feels equally comfortable.”

One way to ensure that all ages form an emotional connection to the brand is to select music that will appeal to everyone. The team has carefully selected a mix of songs from the sixties, seventies, eighties, nineties, and today, “so sometime during the meal period you will hear something that resonates with you.” As with comfort food, the familiarity triggered by a favorite song helps build that positive association, “and quantifiably that builds repeat visits and builds sales.”

The brand relaunch will also see the creation of Bennigan’s on the Fly, an exciting fast-casual concept for non-traditional locations such as airports, train stations, cruise ships, hospitals, and universities – any high traffic location where passers-by are looking for a quick bite to eat. Featuring a limited menu of Bennigan’s signature dishes, the new concept will extend the brand’s reach substantially.

Every Bennigan’s location, both traditional and non-traditional, will rely on the enthusiasm and dedication of its people, an approach that Mr. Mangiamele calls “bleeding green.” A take on Irish green, “bleeding green is passion, it is actually caring about what you are doing,” he explains. “And you can’t make people do that; you can’t make people smile, you can’t teach attitude.” That is why picking the right team is so important. “Whether they are the general manager, a host or hostess, a server, a bartender, or they work as a kitchen manager or in the back of the house, every single position is instrumental in delivering our promise of a legendary brand experience.”

This dedication begins with the franchisee, and Mr. Mangiamele only entrusts the brand to people who are willing to do what it takes to carry it successfully. “The selection of franchisees is key,” he remarks. “So many people will just turn a blind eye and accept a fee and say ‘good luck.’ We make the selection very deliberate. Of course you have to have the experience, you have to have the financial qualifications, but we are also looking for the franchisees that have the passion to replicate what this brand stands for and what Steak and Ale stands for around the world.”

Mr. Mangiamele uses the catchphrase ‘25/8’ to describe the round the clock dedication he expects from the team. “24/7 just is not enough anymore. Today the competitive marketplace is amazingly fierce… There are more seats than people, so it is a competitive battle for market share, whether it is breakfast, lunch, dinner, or late night.” Armed with a 25/8 attitude, the people behind the brand make the difference. “I may not have the number one brand in the world, but I want to have the number one attitude, the number one energy.”

Steak and Ale’s comeback is still in the works. As with Bennigan’s, the new rollout will carefully blend modern updates with the foundational features that made Steak and Ale a household name. “We have to stay true to the components that made the brand successful in the first place and in addition to that, build a franchise model that will be greatly accepted throughout the franchise industry.”

Now, seven years after the last Steak and Ale closed its doors, the franchise is almost ready to reopen. “We have the prototype, we have the menu, we have the uniforms, we have everything down to what kind of knife and fork,” shares Mr. Mangiamele. Taking an iconic brand and recreating it for the 21st century is not easy, and the team has put in countless hours to ensure success. “It has taken a long time for us to do it because there are a lot of moving parts. We are running a global operation and there is time and money and effort dedicated to doing it right.”

The next step is to launch two corporate restaurants in Dallas, Texas, where the brands are headquartered. These Bennigan’s and Steak and Ale locations will showcase the new and improved take on these classic brands. “That painstaking, almost religious fervor that we have for these two brands is manifesting itself in the two flagship locations that we have in Dallas,” Mr. Mangiamele explains. The grand opening is set for early 2016.

Bennigan’s locations around the globe are already in the process of rolling out the brand’s new concept. But, the revamp does not stop there. At least 150 new locations are in the pipeline as well. “That is a great testimonial to the success of the brand, of that emotional connection that people have for it. They just love the brand. They love the name.”