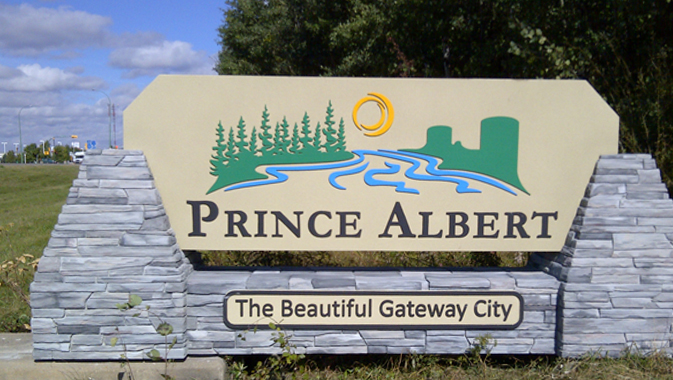 The City of Prince Albert, Saskatchewan continues to gain ground since Business in Focus profiled it one year ago. A forward thinking Strategic Plan provides a broad framework and a major update to the Official Community Plan (OCP) is in the works, setting up the city for positive growth and lasting success.
~
In the coming months, the community will carefully consider its plans for targeted development, with a particular focus on the Riverfront, Downtown, West Hill, Crescent Acres, rural residential, scenic corridors and City Gateways. The details are still being hashed out, but once the OCP is adopted, it will serve as a guiding framework for all future development in Prince Albert.

More important than the OCP’s yet-to-be-revealed details is the fact that the city is committed to carefully planning development to ensure a strong future. “The goal is that Prince Albert will be an innovative, welcoming, diverse, and healthy city of opportunity,” summarizes City Manager Jim Toye. To meet these goals, city planners are considering everything from infrastructure and fiscal responsibility to maintaining sustainable growth and creating an “active and caring” community.

Two major projects are already on the horizon. The first is to provide more recreational facilities for residents to enjoy. Prince Albert needs both a new aquatic centre and a new arena, so the city plans to make the most of their budget. “We are going to make sure that, when we build that, it is an all-purpose facility,” says Mayor Greg Dionne. “It will be all in one and it will encompass all our needs.”

The investment will not only maintain the high quality of life in Prince Albert, but attract newcomers as well, ensuring that the city has the professionals that it needs, from doctors and lawyers to engineers and teachers. For instance, “when you have all the amenities that people are looking for, you can attract a doctor to our hospital,” Mayor Dionne points out. “You’ve got to offer them some attractions; they are looking for quality of life.”

A proposed hospital will also attract medical professionals as well as new residents looking for top-notch healthcare. “We are next on the list to get a new hospital. That will certainly help us.” In fact, Prince Albert’s planned facilities are expected to help the city pass the next hurdle in its plan to become a regional powerhouse. “In the next five to ten years, we get a new hospital, a new rink, new aquatic centre, new sports facility, new entertainment centre. That will be an economic game changer for our community and that is what we are looking for. We are on the edge of exploding.”

Prince Albert’s strategic location in central Saskatchewan is also helping to drive development. Known as the Gateway to the North, the city has long served as a logistical centre for northern-oriented business. The last major centre servicing Northern Saskatchewan, Prince Albert boasts a trade population of 140,000 and is ideally situated to be a distribution point for northern Saskatchewan’s resource industries, which include mining, forestry and agriculture. “We are the hub of this area for professional services, for healthcare, for education,” Mr. Toye reports. “We are the hub of recreation, culture, and retail for this total area.”

The City is the focal point for Northern Saskatchewan’s railway network and a well developed highway system links the community to surrounding areas. “We have the only bridge for 60 miles on either side of the river,” Mayor Dionne adds. “So everyone from the north comes through Prince Albert. It strategically places us to do business.”

The city works hard to make the most of its strategic location. “We are trying to create an atmosphere where businesses want to either relocate from somewhere else or expand on something they have here,” shares Mr. Toye. “Customer service is a big thing for us and how we are trying to align ourselves and be a great partner.”

As the community’s reputation as a good place to do business grows, so does economic investment in the city. For instance, a local Ford dealership is investing in expanding their showroom and building a body shop. “They could have made that $20 million investment anywhere, and they chose Prince Albert,” Mayor Dionne points out. In another example, Montana Steak House is opening a branch in Prince Albert – even though the restaurant typically only launches a new location when the population reaches over 100,000. “We are seeing a lot of movement in retail and in hospitality because they see confidence in our market here.”

The city is having particular success with event hosting. “Prince Albert holds a wide variety of events each year that draw people from local, provincial, national and international markets,” Amber Pratt, CEO of Destination Prince Albert, reports. “The city of Prince Albert has become quite well known, not just provincially, but Canada-wide,” Mr. Toye adds. Events primarily revolve around sport, recreation, and culture, capitalizing on the city’s world-class athletic facilities, as well as its diverse and growing mix of cultures.

Prince Albert’s events pack a significant economic punch. “You fill your hotels, your restaurants, your gas stations,” Mayor Dionne explains. “The spinoff is unbelievable to these major events.” For example, the 2014 Saskatchewan Winter Games had an approximate $2.5 million economic impact on the city. In response, city planners are pushing to host a wider variety of events, hoping to siphon some of the event business out of the province’s larger cities. “Most events now happen at Saskatoon [and] Regina; all the big conventions,” the Mayor points out. “We want to break that cycle and make it Saskatoon-Regina-Prince Albert. That is our goal.”

As the third largest city in Saskatchewan, Prince Albert’s population comes in well below Saskatoon and Regina, but its large trading area has allowed it to attract amenities that most cities of equal size could not support. “It is a good place to live because we have all the amenities that people are looking for,” Mr. Toye states. “We have a wonderful performing arts facility, we just built a new soccer facility, and in the next one to five years we are looking at a new major arena, we are looking at building a new aquatic centre. We want to create an ambiance where people want to work, live and play.”

The abundance of outdoor recreational opportunities is arguably the city’s biggest draw. “I came here 27 years ago and only intended to stay two years – and I am still here today,” Mayor Dionne shares. “That is because I am into hunting, I am into fishing, I am into nature. You can cross that bridge and within 20 minutes you can be on the lake and have a fish in your boat.” The surrounding forests are a nature lover’s paradise. “Lots of people don’t realize that 70 percent of our province is forest. They only hear about the 30 percent in the south that is wheat fields and they think that we are flat. But we have unbelievable trees, waterfalls, rivers. We have over 100,000 lakes. Lots of people choose to live here strictly because of the quality of life. They like to ski; they like to snowshoe. We have all the sports that people want.”

As Prince Albert continues to move forward, city planners are working hard to ensure that residents continue to have the amenities and business opportunities that they want. “The number one thing is to be open and to be reactive to the needs of your community,” Mayor Dionne insists. The city has spoken, and its leaders have listened, putting together strong Strategic and Community Plans to guide development, deliver on promises, and lock in success.