Your One-Stop-Shop for Automotive & Industrial Tools and Equipment 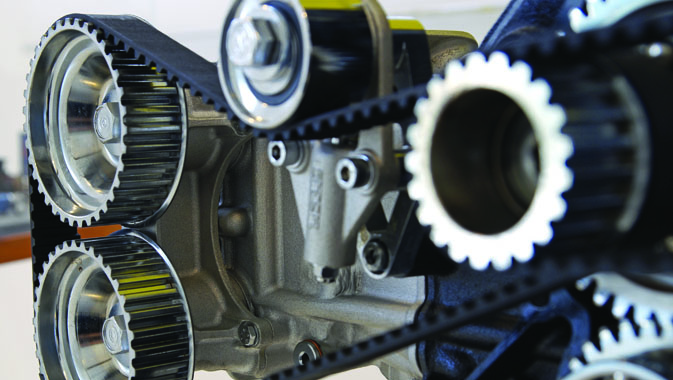 G2S Equipment is the foremost wholesale distributor of tools and equipment for the automotive, heavy-duty fleet and industrial markets. It serves the mobile distributors and auto parts stores. It has had a long history of success in providing the highest quality products, knowledge, and service to its customers across Canada. G2S is showing no signs of slowing its dominance in the market.
~
Under the initiative of two brothers who had a background in the tool and equipment market, and with the assistance of their two uncles who helped finance the endeavor, G2S was born. The first warehouse was built in 1987, and the first trade business was conducted in 1988.

The brothers capitalized on an opportunity they believed was present in the market. Under their leadership, G2S Equipment quickly realized its potential and was poised for an even brighter future.

Its diverse and expansive product offerings, a guarantee of “after-sales service” and next day delivery have carved out a niche in the aftermarket automotive and industrial sectors. The company initially solicited solely within its local Quebec markets from headquarters located in Montreal. Since then, it has grown to three warehouses across the country. The addition of the Edmonton and Mississauga locations has allowed it to serve both eastern and western Canada with more efficient pathways for the distribution of orders.

It took only a year or two for the company to gain traction in Quebec, a market that was quite competitive with a finite number of customers from which to draw. In an attempt to do business differently, Tobi and his team at G2S launched a quarterly catalogue in the early 1990s. The aptly named G2S Toolshop catalogue brought together all of its product offerings into a comprehensive promotional catalogue from which distributors could sell directly into the market without a need for inventory.

Relying on on-time delivery and the promotions that it was marketing in the – initially only 24-page – G2S Toolshop catalogue, G2S found a new way to do business. The catalogue allowed it to efficiently expand its market reach and its ability to serve customers. The G2S Toolshop has since grown to upwards of 290 pages and has a circulation of over 80,000, resulting in G2S serving over 6,000 accounts across the nation. It is considered by customers as the best tools and equipment catalogue in the market and is many times referred to as their “bible”.

With nearly 100 product categories, a list that is ever growing, G2S brings convenience and quality to its customers Canada-wide. The company has created an online interface that allows customers to easily peruse the G2S Toolshop catalogue from anywhere, with ease. The magazine is a strong marketing tool for the company and is relied on by many in the industry. Customers always return for G2S’s trademark service after the sale.

It is this commitment to its customers that had G2S looking to expand its operations in Western Canada. Though its products reached those markets already, it was hard to expedite shipments across the country in a market where tools, parts and equipment are required ‘yesterday’. As Tobi explains, “What we sell is not a luxury. What we sell is a necessity.”

To maintain its commitment to its customers, G2S expanded its operations into western Canada, building a satellite warehouse in Edmonton in 1998. The new facility ensured that the technicians who relied on G2S’s products could also depend on its next day delivery, extensive knowledge and dedicated customer service team, rather than waiting days or up to a week for cross-country delivery.

Automotive and service technicians across the country rely on G2S Equipment’s products. Though G2S does not sell, nor does it intend to sell, directly to the end user, its knowledge, expertise and high-end products support the aftermarket industry.

“G2S Equipment is an importer and wholesale distributor of quality brands of hand tools, innovative specialty tools, equipment and high-end diagnostics. Out objective is to fulfill the specific needs and requirements of the automotive technician as well as the industrial market.”

In 2006, after evaluating the success the Company had enjoyed, three of the founding partners decided to sell their shares. Chant Tobi seized the opportunity to buy them out and then partnered with MEDCO to form North America’s largest combined paint, body, equipment and tool wholesalers serving the automotive and industrial aftermarkets.

This partnership helped further improve G2S’s operational capacities and increased the diversity of its product offerings. G2S could now draw on MEDCO’s strong buying power and its nine distribution centres which enhanced its competitive edge in the Canadian market.

In an ever evolving automotive market, with its increasing diagnostic capacities and the rapid pace at which it was technologically advancing, Tobi and G2S Equipment were able to establish dominance. Establishing marketing channels to distribute its products and product know-how to customers and ensuring that the right tool is being used for the right job, has maximized satisfaction at every level of the aftermarket industry.

“The resiliency comes from knowing the market need and service after the sale. Our company strength is in its employees. They understand the G2S culture which is customer driven,” he notes, referring to his employees as ‘ambassadors’ of G2S, loyal, dedicated, hard-working people who are like a second family to him.

Now a one-stop-shop for all of Canada’s automotive and industrial tools and equipment supplies, G2S has grown from six to more than seventy-five employees across its three locations in the span of 27 years. Demand led to the opening of a satellite warehouse in Mississauga, Ontario, in 2010. Though it was able to supply the Ontario market with next-day service from Quebec, the new location was well received because of improved logistics, inventory management as well as same-day pick-ups.

“Our vision remains focused on being a one-stop-shop and serving the industry to the best of our abilities. Diversity is the key. We can’t be unidimensional. We have to spread our wings to different industries and categories.”

In 2014, in order to enhance its competitiveness, performance and product diversity, G2S made another major leadership decision. G2S and MEDCO were acquired by United Stationers (USTR). The acquisition changes nothing for G2S, as Tobi remains as president and preserves its vision for the future.

The goal is to expand while maintaining the trademark commitment to customers and the quality. Tobi has plans to increase the number of product categories. He is looking at other horizons such as mining, oilfield, consumables, safety, janitorial and even break-room supplies. The plan for the future shows promise, with continued exponential growth expected over the next several years.

Tobi speaks of the customer satisfaction, exceptional service standards and response to market demand that has led the company to become a foremost distributor of tools and equipment products in the automotive and industrial sectors in the Canadian market.

“I don’t know what the future will bring, but we will always stay focused, and our business model will always remain as a wholesale distribution centre. We built the business with the trust and the continued support of our loyal customers. Our name and reputation has remained at the top.”