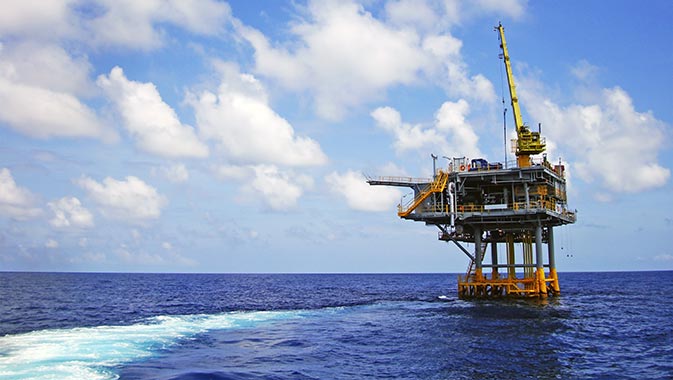 Snubco Group knows how to handle pressure. Armed with extensive experience in hydraulic rig assist snubbing, the pressure control service company has grown from a single snubbing unit to cover a variety of snubbing, freeze and hot-tap services.
~
After leading the industry for nearly 20 years, the Alberta based business is able to deliver both state-of-the-art equipment and highly trained personnel for almost any pressure control need that the oil and gas industry faces anywhere in the world.

“Our primary service is snubbing, which involves the insertion and removal of tubing and tools into a live well situation,” explains Vice President Mike Eadie. Live wells experience tremendous – and very dangerous – pressure, which must be carefully controlled. “What snubbing does is overcome the gas and oil pressure that is coming up.”

The technique was first developed in Texas in the 1920s, but took years to refine into the procedure that is used today. After adopting hydraulics to increase safety, the procedure made its way to Canada in the early 1990s. Until recently, snubbing was only used when absolutely necessary due to the risk involved. “It used to be just a specialty service; you only called snubbers when you had issues. It was seen as a very hazardous job; there were some fatalities in the past and there have been a lot of injuries because you are dealing with high amounts of pressure.”

Now, however, the process has become safe and efficient enough to become a standard service throughout the industry. “The technology and the engineering of the equipment have overcome that [danger],” Mr. Eadie explains. In fact, snubbing has become one of the fastest growing industries in the Canadian oil and gas sector. The benefits go beyond its immediate, positive impact on production to include long-term environmental benefits. Today’s snubbing equipment can reduce the need to flare the wellbore to atmosphere, which reduces greenhouse gases. The process also helps preserve natural resources because it uses little to no water to control wellbore pressures.

Snubco has been a driving force behind snubbing’s increased utilization. “Snubco has always been ahead of the technological curve. We have always developed different devices and have helped other companies develop devices to make things safer.” For instance, after an industry fatality involving a blowout in 2007, the team took immediate action. “Someone ended up dying because of a mistake, because they didn’t have the proper controls in place,” Mr. Eadie remembers. “If they had had a control system in place that verified that the rams were in fact closed or opened, that might not have happened.”

Snubco stepped in and created a special system that reads the ram BOPs (ram Blow Out Preventers), in order to prevent a similar mistake in the future. In partnership with the company Smart Systems, “we developed a technology to read the rams using a proximity sensor. It gives you a visual indicator and an audible indicator that your rams are indeed open or closed to let you know that the rams are functioning properly.”

Snubco emphasizes training in addition to leading edge technology. “We realized that the biggest issue was lack of training,” Mr. Eadie explains. “It used to be on-the-job training in the oil fields for many years, but that wasn’t quite cutting it so we started developing more in-depth training programs.” For instance, the company partnered with Serious Labs to create a high tech training program that utilizes the latest in gaming technology. “Basically, we took a bunch of video game developers to a site and we had them take video and audio of the whole operation and we developed 3D models.”

Now, employees train using a video game style simulation to ensure that they are fully prepared before they set foot on the actual jobsite. “It has been very helpful, especially in the orientation of new hands. Showing them what they can expect on a snubbing [job] before they actually get there has helped tremendously. Our TIF (Total Injury Frequency) levels have gone down, our competency levels have gone up.” Snubco is taking its high tech training a step further by utilizing the new virtual reality headset Oculus Rift. “We can actually put men in a virtual environment.”

Snubco is also a part of the “Assessor Training Program,” and the company has the highest percentage of assessed personnel in the industry. This commitment to training and supporting employees is a core part of the company culture. “They take the extra time to train their men and they put an interest in furthering your career development,” Mr. Eadie says. “It is almost like a big family; you know you are not a number here, you are actually a person and an individual. Even if it is not your job title, they will still come to you and they will still depend on you to do other things if you feel like you can handle something outside of the scope of your work. They put their faith in you 100 percent.” Mr. Eadie would know – he experienced this career support firsthand. “All of the guys that run this company are ex-snubbers and they have all worked their way up through Snubco. I started as a roughneck ten years ago when I was 19, and I have worked my way up.”

Management’s willingness to listen to employees and implement their ideas has been a boon to the company as well as to the staff. In fact, the company insists that many of Snubco’s innovations and new technologies have been made possible through this unique corporate environment. The team’s collective experience also plays a critical role. “It has been a matter of 15 years of snubbing and working with the equipment and developing our own ways of doing things and knowing what works and what doesn’t; that is how we have built our units.”

Snubco has managed to stay at the leading edge of snubbing technology, earning its place as a world leader in the design, production and utilization of specialized equipment for the pressure control industry. Snubco utilizes this ground-breaking technology in its own operations as well as selling equipment to other pressure control operations across the globe. “We sell them to China, Europe, the United States; our units are all over the world.”

The team manufactures all equipment in Snubco’s state of the art facility located in Nisku, Alberta, which is large enough to allow the assembly of a full, standalone unit, complete with pipe racks and catwalks. As a result, the company can deliver – and operate – any snubbing platform required. Snubco also fully supports the client after the purchase. “That is one thing that sets us apart,” Mr. Eadie shares. “We provide full training and commissioning of the unit anywhere in the world. With each unit that a customer purchases, we will provide two men that will go over and we will train [the customer] to do the snubbing and learn how to maintenance the unit and do things most efficiently.”

Manufacturing in Canada is not always easy, but the end result is well worth the effort. “There are definitely challenges; it is much cheaper in the United States. But at the end of the day, most people who know the industry want to buy a quality piece of equipment. It may cost a little bit more than some of our competitors, but you are getting the Bentley, you are not getting the standard unit. You are getting something that has been tried by our company. It is what we use and it is what we stand by.”

Snubco has a solid history of leading the industry in new, innovative technology, both when performing snubbing operations and when acting as equipment suppliers. With years of experience under the team’s belt, a strong focus on safety and quality, and countless loyal clients spread across the globe, the company is well placed to continue this success in Canada and beyond.