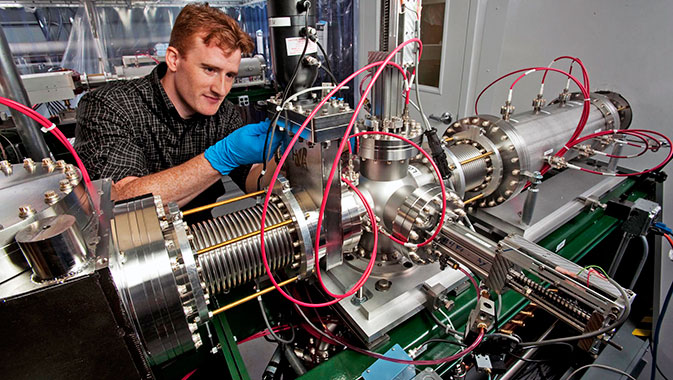 East Lansing, Michigan is creating inclusive, inspiring spaces where innovation and economic prosperity flourishes and a sense of community is built. Through collaboration, it is enhancing and marketing its assets to the world, while celebrating a diverse and vibrant community.
~
The city has worked tirelessly to create an exceptional quality of life, making thoughtful decisions in the best interest of the community and the region, creating a vibrant and innovative atmosphere in which the people and economy can flourish.

The city of East Lansing is a place where local meets global. With visionary leadership, a strong and growing economy and a shared vision for the future, East Lansing has become a regional hub of technological innovation and a vibrant cultural centerpiece in the State of Michigan.

“We try to make East Lansing a world-class university community that, in particular, is focused on both innovation and culture,” explained past Mayor Nathan Triplett. “This has really been a focus of our economic development efforts, working on cultivating that entrepreneurial culture and eco-system here in East Lansing and across our region and augmenting that with a focus on arts and culture and creativity.”

Community and Economic Development Administrator Lori Mullins added, “We focus in on cultural economic development and also neighborhood improvement and other aspects of community development that impact the quality of life in our community.” The efforts make East Lansing an attractive place for people to live, work and visit.

Stating that its community members are its strength, Mullins explained that nearly seventy percent of residents twenty-five years and over have at least a bachelor’s degree while those with a master’s degree or higher is 38 percent. This makes East Lansing a talent portal for a highly skilled and educated workforce.

East Lansing residents actively help to move the community forward. “While they recognize that we have built a really wonderful and unique city here, they are not content to rest on their laurels, so we have a very engaged citizenry,” explained Triplett. “We have a citizenry that, I think, is focused on moving to the next level, tackling the challenges that we have and trying to do better.”

Support has been given to innovation and entrepreneurship in the community, especially from Michigan State University. The city has developed a strong partnership with MSU and recognizes the great impact the university has on the community.

MSU is a university with world-renowned programs and research and has helped stimulate a great deal of economic and social activity in East Lansing. The university has helped this to become a full-service community.

MSU is home to both Spartan sports and the number one nuclear physics program in the nation. Its campus is the site of a $730 million joint investment funded by Department of Energy Office of Science, MSU and the State of Michigan to build a new scientific user facility for nuclear science. This is currently under construction, with completion expected in 2021.

Operated by MSU and some of the highest caliber nuclear physicists in the world, the Facility for Rare Isotope Beams (FRIB) will forward the field of study and help scientists better understand the physics of nuclei, nuclear astrophysics, fundamental interactions and the applications in society.

In 2008, the Downtown Development Authority created the TIC in downtown East Lansing. After five successful years, management of the TIC was transferred to the Lansing Economic Area Partnership (LEAP) so that the center would be better integrated into the regional incubator network. This allowed LEAP to increase its services, support and resources for local entrepreneurs and start-ups and has generated a culture of entrepreneurship, expanding the local technology base.

“With MSU Technologies, MSU Business-CONNECT and Spartan Innovations, that’s not something you see everywhere,” explained Triplett. “It’s also the reason that we are able to do things like work with the university to attract IBM and their Client Innovation Center to the old MSU FCU building on campus. That’s something that would not have happened had it not been for the work of MSU.”

“The programming that goes along with the space is essential to a successful incubator, and, with the partnership with East Lansing and MSU, we for sure have been able to do that at the TIC,” Bob Trezise, president and CEO of LEAP, explained.

LEAP has helped create 2,885 direct private sector jobs and $565,064,000 in total direct private sector investment. Under the leadership of LEAP, the TIC has minimal vacancy. The facility supports a variety of businesses from media arts, healthcare technology and cloud services to software development, creative marketing, web-based learning tools, e-commerce and e-accounting. The sectors have been acknowledged as target growth sectors in the East Lansing and regional economies.

Jackson National Life Insurance has added its presence to downtown East Lansing with the build out of the 33,000 square foot Jackson Zone. The expansion has enabled the company to better access the talent at MSU for part-time jobs at the Zone while also augmenting their full-time hiring needs.

The IBM Client Innovation Center is the first of its kind in the U.S. and has plans to expand. It will be adding an additional 150 employees over the course of this year. As Triplett described, “In many ways, we are still a company town and that company is Michigan State University. But, a lot of our efforts as a city are driven at diversifying that focus and making us be more than just the home of MSU.”

“Not only do we have great projects in East Lansing, but there has to be a cultural shift along with that, a recognition that we’re a global competitor, that we are competing on a global stage, that we’re a creative space, that place-making is important, arts and culture are critical,” explained Trezise. “We have New York-sized cultural assets in East Lansing,” including cuisine, retail and a variety of entertainment.

Many immigrants and refugees have decided to call East Lansing home, giving it a global flavor that one might not expect from a mid-sized, midwestern community. East Lansing is home to over 7,000 international residents, representing over 130 countries from around the world.

By embracing the diversity, East Lansing has fostered the development of an inclusive environment for all and the downtown core is a focal point for these activities. “Our downtown is very linear. It’s sort of the edge between the university and the neighborhoods, so you have sort of this vibrant corridor,” described Mullins.

The development of owner-occupied condominiums and mixed-used developments in downtown East Lansing is an effort to mitigate the seasonality that is associated with being a university community. These initiatives are a means to inject life and activity in the downtown core and take advantage of the many arts, culture and entertainment programming provided.

“It will help build social capital and build social connections for the downtown, and I think that is something that is very important when you have a very diverse community and all ages living together in a community like ours – to continually engage all of the different demographic groups within that space, so that they are co-creators in the downtown.”

Residents and visitors enjoy world-class events each year in East Lansing, as well as the regular programming at the Wharton Center for Performing Arts and the Eli and Edythe Broad Art Museum. Throughout the summer, East Lansing plays host to an art festival, jazz festival, folk festival, a summer concert series, farmers’ markets and much more.

Leadership in East Lansing places a great deal of emphasis on arts and culture, uniquely adopting a budget for art. “That focus on innovation and culture is really about creating a unique and attractive place to live, work and raise a family here in the community that’s what sets us apart,” acknowledged Triplett.