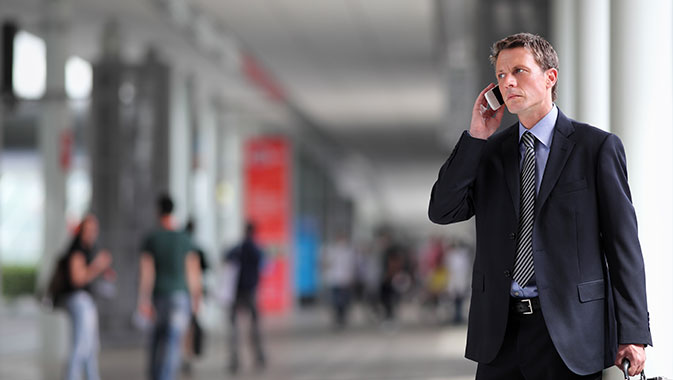 Skyline Exhibits is on a mission to “help the world trade,” says President Bill Dierberger. To this end, Skyline offers a wide variety of products for exhibitors at trade shows including back wall displays, fabric structures, towers, pop-ups, tabletop displays, banner stands and panel systems. Skyline makes its own materials and has won awards for its work.
~
Based in St. Paul, Minnesota, Skyline Exhibits was founded in 1980. The firm’s roots are rather humble; at the time of its launch, “the company consisted of its founder and a K-car,” according to the company history.

Today, Skyline has a thriving global network of dealers operating in over thirty countries. The company can produce more than twenty different trade show exhibit systems and has amassed more than one hundred product and design patents.

Total employment stands, “as of April, around 360 to 370” and has remained “relatively consistent,” in recent years, reports Chief Financial Officer (CFO) Jeff Meyer. Dierberger notes, “we’ve had really steady growth these last five years or so. Year after year.”

Skyline’s bosses remain deeply devoted to their home state and have no plans to move to a larger metropolis.

“We like it here in Minnesota. We do have service centers located elsewhere. We have one in Toronto, one in Orlando, one in Chicago, one in Las Vegas, et cetera. These are much smaller versions of our 280,000-square-foot facility [in St. Paul],” says Dierberger.

“Our products are proprietary, and quality is extremely important to us. We do not compromise on quality. That’s one of the main reasons people buy from Skyline. We’ve got very controlled [manufacturing] processes in place,” says Dierberger.

These very controlled processes make it harder for rivals to copy their wares. At the same time, maintaining a manufacturing base in Minnesota makes it easier for Skyline to deliver products on-time. Skyline’s shipments “are 99.6 percent on-time,” says Dierberger.

Good thing too, given that “the trade show business is the ultimate eleventh-hour business. There’s no forgiveness if you miss a show. We will not miss a show. That’s why we need really strong controls,” Dierberger adds.

Skyline sells its wares through a series of dealers. In addition to its home-base of North America, Skyline works with independent dealers “in most every country in Europe,” states the company president.

Skyline also has dealers in the larger nations of South America (including Brazil and Argentina) and Asia (including China, Japan and Australia).

“We really view [our dealers] as our sales channel. Not only do we like to maintain them and maintain sales consistency, our preferred method is to work with them and grow them,” says Meyer.

Dealers “are clearly our sales arm, and they are the voice of the customer often times. It’s a very close relationship,” echoes Dierberger.

The company is laser focused on the trade show sector. Despite this being a presidential election year, with a high demand for banners, bunting, flags and other paraphernalia, Skyline does not target the political field. “If it happens, it happens, but it’s not anything we’re actively pursuing,” explains Dierberger.

On top of being a commercial success, Skyline has been showered with industry honors. In 2012, Skyline won the Outstanding Corporate Innovator Award from the Chicago-based Product Development and Management Association (PDMA). Skyline was the first-ever trade show exhibit company to win this prize.

Closer to home, Skyline won Gold in the category Best in Class: Large Company at the 2014 Manufacturing Awards. These annual awards are given out by Minnesota Business magazine.

Winning such honors is “a real feather in our cap from many perspectives. We have a dedicated network in North America and around the world. It’s something we’re very proud of,” says Dierberger.

Some specific Skyline products have been singled out for industry praise. In December, 2013, for example, Skyline won an ‘Eddie Award’ courtesy of the Exhibit Designers and Producers Association (EDPA), based in Westport, Connecticut. The award, in the category of online/multi-media, was for marketing excellence in connection with the launch of Skyline’s WindScape system.

WindScape, the world’s first air-powered trade show exhibit system according to its makers, was launched in 2013. When inflated, the system forms back walls or other shapes for exhibitors in their booth spaces at trade shows. When deflated, the system can be folded into a suitcase-sized carrying case. Once at a trade show, the case can be unpacked and the system machine-inflated in minutes. Lights, feet and graphic overlays can be added once the system is fully inflated.

“WindScape was born in an off-site meeting about ten years ago – an innovation meeting, and frankly, it just got parked on the shelf for about five years because we were working on a bunch of other things. Through the passion of our employees, it was resurrected. We decided to put money and resources to it. Our ten-foot WindScape booth will pack down into a carry-on bag. Not one you have to check in the belly of the plane; you just literally carry it on,” says Dierberger.

WindScape serves as a good example of Skyline’s dedication to innovation and doing things differently. Innovation “is part of our DNA. It started with our founder thirty-six years ago. It’s what the company has been based on all these years. [A fifth] of our sales today come from products invented in the last five years. So we’re very proud of that … we don’t view innovation as something that’s owned by one department in the company. We believe innovation comes from every employee. And innovation is not just limited to new products. It may be a better process. It may be a better system we put into place. It could be a better service that we provide. That’s every bit as innovative as a new product. That’s kind of the company philosophy and everybody owns it,” says Dierberger.

Skyline is “always working on new things. We review what’s in the pipeline every month as a senior management team. We have stuff under development right now … I don’t think a year goes by where we don’t introduce a new product or service of some kind. We don’t necessarily have anything game-changing in our immediate future – in the next six to twelve months – but we still have some pretty cool things that are going to make the cut,” he adds.

The two cite several keys to Skyline’s success. “Certainly, the employees that we have. Another factor would be our worldwide dealer network. Probably third, our continual focus on product innovation. We continue to develop new relevant products for the trade show industry. That drives more growth and means more opportunity, not only for our employees at Skyline here but also employees at dealer offices around the world,” says Meyer.

“The only thing I would add to that would be our service. Around the world for our dealers, we have excellent service. No matter where our customers are in the world, we offer the same [service],” says Dierberger.

Skyline is open to the possibility of expanding into new countries in the future. “We’re always looking at expansion. We evaluate each [prospect] on an individual basis as far as what makes sense and where we see the best opportunity … when appropriate, when we see opportunity in under-represented countries, we will look at potentially adding distribution there,” says Meyer.

“We’re just very proud. Our founder passed away five years ago. We’re proud of continuing his legacy. We’re very proud of our employees who continue to excel and produce really great design exhibits. Our mission is to help the world trade. We do that every day at Skyline and over 30 countries around the world,” adds Dierberger.