An SME Transformation Effort in Pursuit of Industry 4.0 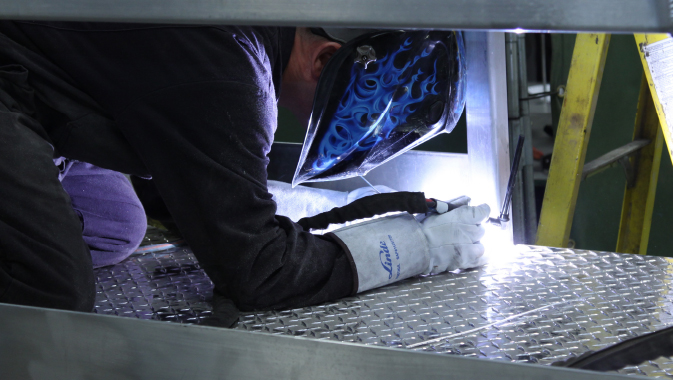 When Kilmarnock Enterprise attended the world’s largest industrial trade fair (Hannover Messe) in Germany in April 2017, the firm really began to understand the tremendous impact that Industry 4.0 would have on its future. Coined by the Germans back in 2011, Industry 4.0 (or what some are calling the Fourth Industrial Revolution) was not even a concept up until then…
~
Six years later, Kilmarnock Enterprise and many of its manufacturing clients are now seeing an enormous amount of disruption happening, whereby data has emerged as the ‘new oil’ – a shift that will reshape the competitive landscape of manufacturing firms all over the world.

“From steam power in the nineteenth century, to electricity and mass production in the early twentieth century and automation in the 1970s, we are now seeing the new industrial revolution where plants around the world are putting into place systems that will make them adaptive, fully connected, and more analytical,” says Kilmarnock Enterprise CEO/President, Isabelle Belot-Graveline.

Recognizing that in order to be an early adopter of the digital transformation happening in the manufacturing world, Kilmarnock Enterprise attended the Hannover Messe Trade Fair in Germany in April of this year. As the single largest trade fair focused on the Factory of the Future, this trade fair highlighted that cobots (human-machine robots) embedded with artificial intelligence, the industrial internet of things (IIoT), augmented virtual reality, additive manufacturing, data simulation machine learning, big data and analytics, the cloud, cyber security and vertical and horizontal integration would be the nine key technologies transforming industrial production.

As an industrial service provider to manufacturers all across Ontario, Kilmarnock Enterprise has become acutely aware that digital technologies will need to become part of their new business model. As an SME (small to medium sized enterprise) the firm also recognizes that there are enormous challenges to overcome.

“With a government far more interested in wealth distribution than wealth creation, manufacturers are under assault as the cost of doing business continues to rise with regulatory and tax burden increases, rising energy costs, and lack of investment support mechanisms,” states Kilmarnock CEO Graveline. “This is a shackle to growth and unfortunately Canada has been deemed by the World Economic Forum rankings as uncompetitive.”

Despite these challenges, Kilmarnock Enterprise is forging ahead with its transformation efforts. By focusing on customer experience, operational processes and a new business model, this company is committed to creating a digital strategy that will see it reposition its core to deliver against customer’s problems, requirements, and the job to be done for Factory of the Future initiatives.

Recognizing that inaction is the biggest risk, the company has revised its entire strategic thinking and planning process to revolve around the transformation effort. A collaborative culture where teamwork and the concept of F.A.I.L (first attempt in learning) are embraced, the company is forging ahead with the creation of a learning environment in which employees will begin to develop digital skills and know-how.

The firm is also partnering with software and device companies to undertake pilot projects that will see products enhanced with sensors to monitor performance. Further to this, the company is studying the concept of virtual learning for their tradespeople that can augmented with wearable devices wherein the IoT enabled worker has access to curated guidance and actionable insights.

Pursuing digital talent is also an important part of the future strategy and that has been clearly identified in the company’s recruitment strategies. “We have come to understand that it will be important that the current skill sets that service legacy manufacturing plants will need to be bridged with new skill sets that can service factories of the future. This is all part of our re-skilling and second skilling efforts,” says Ms. Graveline.

Keeping in line with the Canadian Manufacturer’s and Exporters goal to double manufacturing output by 2030, Kilmarnock Enterprise is on a similar path – to strengthening its workforce, increasing the adoption rate of new technologies, encouraging new product and service developments for its clients, and expanding its reach outside its current market.

Ultimately, Kilmarnock’s goal is to help its manufacturing clients go from production execution to production optimization – a vision that is becoming clearer and clearer almost on a daily basis.