Investing in the Future 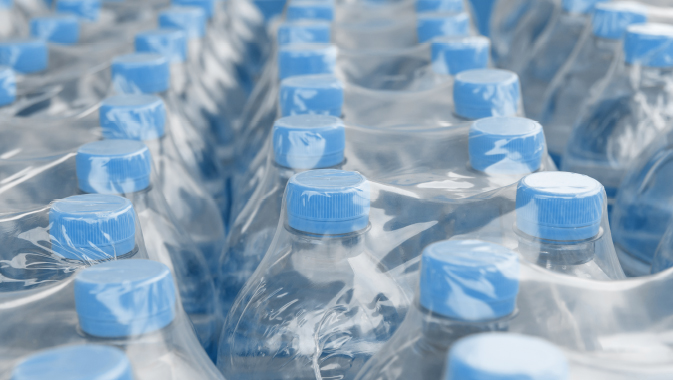 Inteplast Group Engineered Films (IEF) has fostered an industry-wide reputation for quality, delivering plastic films made from the finest materials and unmatched customer service. The company is continually investing in new manufacturing equipment and technologies and is growing at a rate of 10 to 15 percent a year. IEF sells to many markets, including food packaging, industrial, protective films, retail, bags for the poultry industry and others.
~
“Our entire company focuses on safety and quality,” said President Dave Clarke. “Our name in the industry is aligned with honesty and integrity.” Clarke, who joined Inteplast in December 2015, brought decades of industry experience with him. Formerly branded as Inteplast Industrial Group, the company’s name now accurately reflects its abilities as a custom films manufacturer.

IEF is one of several business units within Inteplast Group, the largest manufacturer of integrated plastics in North America.

The company serves markets such as agriculture and consumer goods, and engages clients who require customized orders. Many areas of IEF are growing, including food packaging and industrial products.

Much of the reason for the increased demand comes from consumer products such as televisions, computers and other electronic devices, many of which are individually sealed. “Plastic has a unique place in modern commerce, especially pertaining to shipping and delivery. Some of the biggest online retailers utilize packaging material – mostly bubble wrap or film full of air to protect products. This market in particular – the protective film side of our business – is growing very fast.”

Inteplast Engineered Films has many advantages – from in-house customer support to customized solutions and flexible shipping options. It is also ISO 9001:2008 certified for manufacturing quality control.

The company holds a number of food grade certifications and is in the process of rolling out the Global Food Safety Initiative, commonly known as GFSI. The organization works toward collaborative solutions with experts in manufacturing, food safety, retail and the global foodservice industry. Industry giants like Kraft Foods Group, Inc. and The Coca-Cola Company – which have facilities throughout the world – understand that every country has its own food safety or food contact safety program, and they are all different. IEF works with GFSI, SQF Level 2 to better serve its many clients in the food manufacturing sector to ensure consistency.

Staying abreast of the latest industry trends and requirements means that a culture of continuous improvement underpins the entire company. Through expansion and current projects underway at three of its locations, IEF’s ongoing investments have led to significant advances in production. Some of these improvements include a new three-layer co-extrusion blown film line at Prattville, a 9-layer barrier films line installation at Dalton; and an infrastructure program at Westborough.

IEF’s tailored solutions help its customers across the U.S., Canada, and Mexico stay ahead of the competition with everything from the highest-quality plastic films and extrusion to printing, converting, and technical services.

Inteplast Engineered Films’ many success stories include creating a durable thin-gauge film just for the fresh green vegetable market. The uses of this film have since grown to include a major frozen pizza manufacturer, which uses it as an overwrap for its products.

Other developments include a clean-peeling lidding stock for one of Canada’s biggest suppliers of gourmet olives and bringing down the gauge for existing films used in shrink wrap for plastic bottles, glass jars and cans.

“Reducing the thickness of shrink wrap used on vegetables for retail sale from a .5 mm or .6 mm gauge to just .45 mm – the lowest ever produced by IEF – may not seem like a big difference, yet it represents “a significant competitive advantage in the world of shrink film,” said Clarke.

In recent years, plastics producers have faced requests to develop formulations that complement the environment’s changing needs, and Inteplast Engineered Films is no exception. When one client, which ships thousands of parcels every day, approached the company about ways to reduce the environmental impact of its courier bags, IEF listened. It worked with its IEF Vaughan location, Haremar Plastics, a supplier of biodegradable resin, to engineer a film that was biodegradable and could be used as a compost bin liner.

This film, made from a blend of polylactic acid (PLA), is derived from sources such as sugarcane or cassava root, and other renewable raw materials. Its ability to be repurposed as compost bags is not the film’s only benefit. It can be used in disposable plates, cups, cutlery, and other consumer packaging products.

IEF continues to investigate a range of bio-based resins as well as to currently use recycled resins in almost every one of its facilities.

“This ought to be a central focus for any company today,” stated Clarke. “A lot of people talk about sustainability, but not a lot of people take action to integrate it into their product development or operations,” he said, noting that the company diverts as much waste as possible from landfill sites and works with suppliers to take back scrap packaging for recycling.

IEF earns considerable repeat and word-of-mouth business and has a full-time direct sales staff plus one inside sales person.

A website relaunch has also made more information available to customers through its user-friendly and engaging platform. The site has received praise from clients both new and long-term. Its featured resources comprise videos, case studies, and a handy film calculator for orders in both metric and imperial units. This calculator allows customers to accurately determine rolls or bags based on film density, resin unit cost, film gauge, length, width, and other parameters.