Promoting Opportunities in the Trades 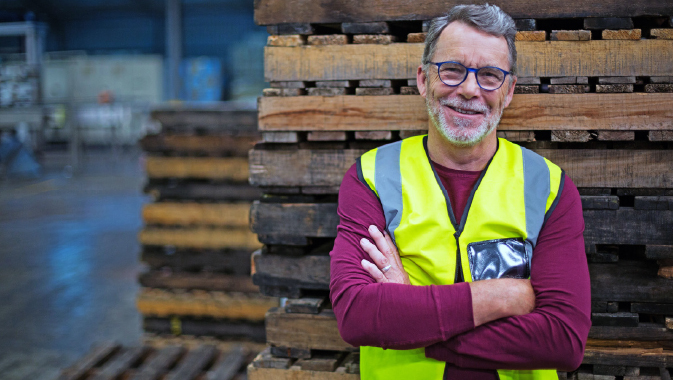 The Prairie Arctic Regional Council (PARC) was formed in 2012 as a merger between two existing provincial councils for Saskatchewan and Manitoba. The council works in partnership with its signatory contractors and membership to build construction projects within the areas of Saskatchewan, Manitoba, the Northwest Territories and Nunavut.
~
“Our members are given an opportunity to have a long-standing career in the trades, and with that would come continuous professional development through apprenticeship skill upgrading,” says Michael Kuzyk, PARC’s executive secretary-treasurer. “In exchange for years of service, they are able to maintain health and welfare benefits, as well as contribute to a pension which will aid them in their retirement.”

PARC has grown to about three thousand members and seven local unions – two millwright locals, four carpenter locals and a multi-craft local. It allows others to explore what it is like to be part of the United Brotherhood of Carpenters and Joiners of America.

Kuzyk works with a team of twenty on the business side and another nine full-time and fourteen part-time staff on the training department side. He says that encouraging a safe workplace is one of PARC’s aims, as is promoting the trades as a viable career. Much of this is done through skills development.

“Each of our members has access to the best training available,” he says. “Not only do we provide skill and safety training, but there is also an emphasis on soft skills. This training provides our members the tools and guidance to be successful as foreman all the way up to the superintendent.”

Training centers in Winnipeg, Regina and Saskatoon are dedicated to giving the most current and comprehensive safety and skills training as another way the Prairie Arctic Regional Council benefits its members and contractors alike. Four classrooms in each centre and large shop areas facilitate training that creates the most informed and trained tradespeople possible.

“A lot of the programs are accredited with the provincial apprenticeship commissions in each province,” states Kuzyk. The council delivers a number of pre-employment programs, many of them are six to eight weeks in duration, although they may vary between two and twenty weeks. In addition, two of the centres are Canadian Welding Bureau (CWB) testing facilities, as the CWB aims to offer training services, welder certification and management systems.

According to PARC, its safety training is among the most comprehensive in the industry, and the council is a great believer in lifelong learning. Journeypersons continually learn, grow and upgrade their skill sets long after they have achieved their Red Seal, a program which sets common standards for skills of tradespeople across Canada. This pursuit of learning and commitment to safety demonstrates to employers that they are working with the best, most up-to-date workers in the industry.

“If there was ever a time to work union in our area it is now,” states PARC. “From contractors thinking about a new way of doing business to tradespeople looking for a change, there has never been a better time. We are highly skilled, productive and safe. We provide learning opportunities and careers that you can be proud of.”

Some local unions, such as Manitoba, go back 130 years. In fact, many of the construction projects built by PARC members decades ago still exist. “Our members live in these regions, and the stuff that they’ve built is still around,” says Kuzyk. “The projects they’ve worked on as young apprentices – now that they are winding down their careers – those buildings are still in place. That is something we are proud of.”

One of the most recent projects that used PARC members is the K+S Legacy Potash Mine in Saskatchewan. The project was five years in the making and brought in tradespeople from across Canada. The mine opened in May of 2017. “The Legacy project strengthens Saskatchewan’s position as the world’s leading potash producer and is another indicator the province’s diversified and resilient economy is weathering economic uncertainty,” said former Premier Brad Wall at the time. “We’re thankful for an investment that creates jobs and opportunity in Saskatchewan.”

The facility, since renamed the K+S Potash Canada Bethune Mine, is the most modern of its kind in the world with an investment that makes it the biggest single project in the history of K+S.

Along with the Legacy/Bethune mine project, PARC members have taken on many other noteworthy projects, such as the Keeyask Generating Station. Construction of the Keeyask Project – about 725 kilometres north of Winnipeg on the lower Nelson River – is using the skills of 2,500 trades including electricians, labourers, carpenters and millwrights. The project, when completed in 2021, will add 4,400 gigawatt hours of renewable electricity to Manitoba Hydro’s total supply This is enough to power 400,000 homes annually.

PARC members are also involved with the Winnipeg downtown revitalization, including the rapid transit corridor expansion. “That project will enable residents of Winnipeg to visit the downtown area, which would include the RBC Convention Centre Winnipeg and the Canadian Museum for Human Rights,” says Kuzyk. “Those projects were ones where our members were part of the construction process, as well as True North Square, which will increase business activities in the core downtown. It’s also going to include some residential, so that will provide an opportunity to add some population to the residential part of the downtown.”

Members are working on Canada’s Diversity Gardens that will celebrate cultural and botanical diversity while promoting social and community interaction. The gardens – ‘A Horticultural Sanctuary for the 21st Century’ – are designed for LEED Gold certification and will incorporate solar and geothermal energy at their site in Assiniboine Park in Winnipeg. “We are trying to be involved as much as we can,” states Kuzyk. Gardens are slated to open in 2019.

PARC promotes trades to young people and is involved with a variety of organizations, attends career fairs, participates in Skills Canada – along with hosting its own union apprenticeship competition – and has partnerships with organizations including the YWCA and First Nations and Métis groups. “We’re out there. We also do a lot of pre-employment programs for recruitment. That would include new Canadians and under-represented individuals in the trades.” Additionally, PARC has a committee called The Sisters in The Brotherhood, which draws awareness to women in the trades.

“I feel there is an opportunity for this council to diversify into new markets,” says Kuzyk. “In Saskatchewan, we’ve mainly focused on the industrial sector. In Manitoba, we have carpenters working concrete, but there should be opportunities to expand this to other areas, like drywall, flooring and door hardware – carpentry is a big scope of trade. There is also room for our carpenters and millwrights to expand into the agricultural sector. Lastly, with the current infrastructure spending that’s taken place from the federal government, development of the North should see some of this money, and hopefully that will provide an opportunity for us as well.”