On the Cusp of Greatness 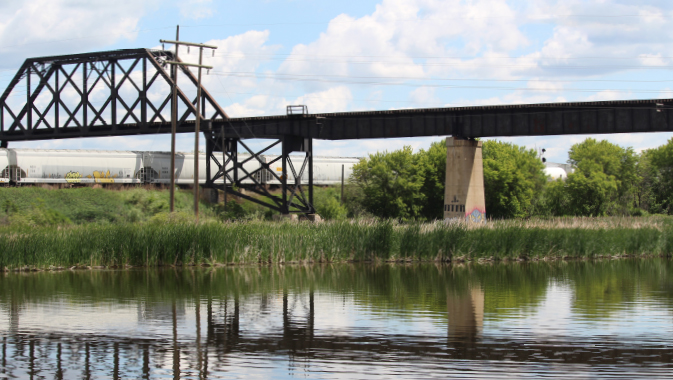 Moose Jaw, Saskatchewan is home to a strong economy with diverse industries, all of which are exhibiting signs of growth, and there are many indications that the city is about to experience great things.
~
The City of Moose Jaw is embarking on a new and very exciting chapter in its history, and people like Economic Development Officer Jim Dixon love sharing the city’s tale, showcasing the many reasons why it is a great place to live, learn, work, invest and visit.

According to the Conference Board of Canada, Saskatchewan has the lowest net business tax burden in Canada making it a recognized business-friendly site for investment. In 2016, Moose Jaw found itself in the top ten best places to do business in Canada according to Canadian Business and profitguide.com. Moose Jaw was also selected as Saskatchewan’s ‘Friendly City’ and ranked as one of the best small cities to live in 2014 by Cities Journal for its quality of life, home prices, and economic performance.

Dixon, the City of Moose Jaw Economic Development, and the city’s many partners in development are working tirelessly to market Moose Jaw’s numerous advantages including sound infrastructure, natural resources and all of the amenities offered in a big city, with the charm of a smaller centre.

Among these services is a new state-of-the-art regional hospital that will be a further benefit to a city that already welcomes over 700,000 visitors annually to its many offerings. Tourism brings over $70 million to the local economy each year.

“We’ve got some amazing tourist attractions. Our historical downtown has an amazing built environment that no one comes close to in this province. We have the tunnels. We have the spa. We’ve got a lot of great things that all work together, and we’re building on that,” explained Dixon.

A Downtown Local Area plan has been completed and demonstrates a commitment by city council to plan for the long term. The council is working hand in hand with a reorganized downtown business association to develop a vision for the area.

“We’re not haphazard. We’re trying to focus on what our strengths are and where it makes sense for us to focus our strategies and energies. So we’re fortunate in Moose Jaw and region that we’ve got a lot of assets and strengths, and without trying to do everything, we’re really focused on things that make sense for our city and our region,” Dixon explained.

One of Moose Jaw’s greatest competitive advantages is its location. Dixon highlighted why being at the intersection of Highway One and Highway Two, with access to the TransCanada Highway and the Global Transportation Hub west of Regina, makes it a prime location for industries like trucking, warehousing, and logistics.

“Those are key highways in the province, for sure. Moose Jaw is serviced by CN [Canadian National] and CP [Canadian Pacific] Rail, which is amazing, as well as connection to the Soo Line [Railroad]. The Soo Line begins in Moose Jaw and goes all the way down to Chicago, which is a tremendous opportunity in distributing goods imported from Asia.”

The city is the western anchor of the Moose Jaw to Regina Economic Corridor which accounts for over twenty percent of the province’s gross domestic product (GDP). The corridor is home to almost a quarter of Saskatchewan’s population, as well as resource sectors such as potash, nitrogen fertilizer, and ethanol production.

The corridor has been a site of major investment. Investors are attracted to the area for its access to natural gas and oil pipelines, plentiful land and sustainable water supply and is serviced by both railroads. Moose Jaw and Regina plan to upgrade the Buffalo Pound Water Treatment Plant to the tune of $140 million over the next ten years to improve industrial access to the water supply.

Moose Jaw is one of the few cities in the province that has available industrial land, and a great deal of effort has been dedicated to getting the land shovel-ready for prospective investors who are showing interest in locating to Moose Jaw.

The Moose Jaw Industrial Park will offer hundreds of acres of serviced industrial land with access to water, sewer, power, gas, and wastewater treatment. Ideally sited next to road and rail infrastructure in the city’s southeast, the park is ideal for agricultural processing and wet processing plants.

Moose Jaw is also home to BW Grayson Business Park which has a large inventory of fully-serviced, commercially-zoned properties for sale and ready to be developed. It is an ideal spot for investment and has a number of thriving tenants.

The airport is another area of focus in Moose Jaw. “We are recognizing how important a municipal airport can be as an economic driver,” Dixon said. Moose Jaw’s city council has approved the establishment of Moose Jaw Municipal Airport Authority to help the airport expand its economic impact.

The airport will play a critical role in a memorandum of understanding (MOU) that was signed between Saskatchewan Polytechnic and CAE, a world-class aviation training company that develops simulators and works with the federal government on NATO flying training in Canada at 15 Wing Moose Jaw – also known as Canadian Forces Base Moose Jaw – to bring unmanned aerial system (UAS) training to Moose Jaw.

“Saskatchewan Polytechnic would offer the programming and training on drones and all aspects of that industry, whether it’s how to fix them or how to market them or how to train people on them. That would be using the airport in a very meaningful way,” said Dixon. This would further bolster the relationship between the city, its leading post-secondary institution, and 15 Wing, which has been a pillar of the community for many years.

Agriculture is, and has been, an economic driver in Moose Jaw, and as the city takes advantage of government programs to establish a super protein cluster in the region, its potential increases. “We grow the wheat, the protein, and in terms of peas and things, so why not add value here and not let someone else add value to it out of our province,” Dixon explained.

“The federal government have initiated a super protein cluster, and Moose Jaw and our province are well positioned to play an important role in that. We have projects like Canadian Protein Innovation (CPI) that would be the catalyst to our industrial park,” said Dixon of CPI’s announced plans to build the province’s first wet pea fractionation plant to make gluten-free flours for export.

Many leading agricultural companies, such as Agrocorp International, which is recognized as the world’s largest pulse trading company, and Thunder Creek Pork, which processes 1,200 pigs a day and shows great growth potential, have chosen to be in Moose Jaw.

Moose Jaw’s climate is certainly a competitive advantage in this regard. Having an average of 2,338 sunshine hours each year – more than most of the country – is not only ideal for agriculture but alternative energy like solar. The city is currently looking at an alternative energy strategy and has many projects in the pipeline.

Moose Jaw is also experiencing retail job growth thanks to companies like Tim Hortons and McDonald’s, both of which now have three sites in the city, and Canadian Tire which has made significant investment in an expansion. “They have faith in Moose Jaw, and they’re prepared to continue to invest, and they create new jobs,” Dixon said.

The second phase of the $27-million Civic Centre Plaza project was recently completed, and Dixon is excited that that plaza is finally going to exercise some of its potential, expanding Moose Jaw’s commercial retail offerings.

“Civic Centre Plaza is located adjacent to the Town ‘n’ Country Mall. The mall has new ownership, and it’s very exciting because, in the past number of years, really since the mid-1970s, they did an expansion at one point, but they have not invested in the property at all, so the new ownership, StrathAllen, wants to bring the facility back to life,” said Dixon.

“It sounds like there is a desire to work together to make that a destination, and it would be an amazing commercial retail service destination. So that’s good and encouraging because you’ve got new development working with existing development that needs some help,” he continued.

It is an exhilarating time for Moose Jaw, and there are many great upcoming announcements for the manufacturing sector as well. “We have a strong manufacturing sector as well, and there are a couple of really important projects coming to fruition here that I can’t really talk much about at this point, but they’re going to be huge. They’re going to add hundreds of jobs,” said Dixon. He expects three hundred or more jobs to come to the city with these projects.

“We’re on the cusp of a lot of things like this, rounding third base so to speak,” Dixon said. For Moose Jaw to fully capitalize on the opportunities, it plans to be investment-ready.

“What that means is, we have to get our industrial park serviced and really shovel ready. So that’s a short-term goal but has positive ramifications for the long term, because then you’re ready, and you’re starting to attract and once one locates there, and ultimately rail is there, then it will take on a life of its own,” said Dixon.