A Collaborative Partnership of Economic Development Working Toward a Stable Future 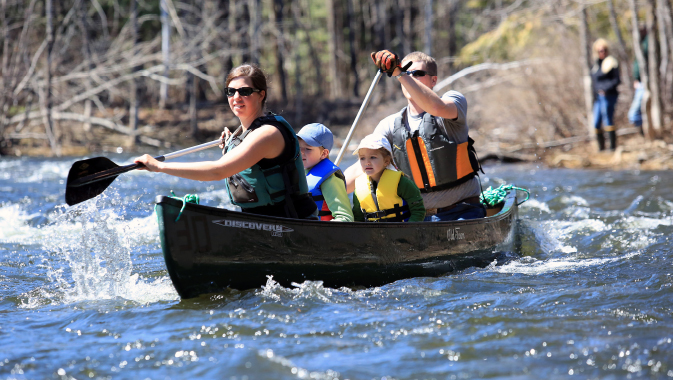 The collaborative Aroostook Partnership is funded primarily by business investors in Aroostook County, Maine. It also benefits from collaboration with Northern Maine Development Commission and the four institutions of higher learning in the area: Northern Maine Community College, Husson University, and the Universities of Maine at Presque Isle and Fort Kent.
~
The partnership was created 15 years ago as a ‘call to action’ for the private sector in Aroostook County to engage and organize to “take bold action” to tackle the challenges the County was facing following the previous decade of population loss.

“The Aroostook Partnership works on all things related to economic development in conjunction with those supporting organizations, and we bring together all of the invested key stakeholders of ‘The County’ to help facilitate collaboration,” says Aroostook Partnership President and Chief Executive Officer Paul Towle.

Aroostook County is one of 16 in Maine and is so large and unique that it is referred to as “The County” by everyone in Maine. As a group, the partnership has a better chance at solving problems and creating opportunities in the area than they would separately.

Northern Maine Development Commission (NMDC) is the only public member of the partnership and is a separate corporate entity. It covers many bases including economic development planning, transportation planning, business counseling, small business loans, tourism development, and marketing. “The partnership is the overall umbrella speaking with one voice for the county on economic development issues, and NMDC supports that with the services and programs that we’ve had for fifty-some years,” says Northern Maine Development Commission Executive Director Bob Clark.

The economy here is based on forestry, agriculture, tourism, and manufacturing, and it has a close working relationship with New Brunswick and Quebec in Canada since it borders those two provinces. Four years ago, many of the counties in Quebec and western New Brunswick joined with Aroostook County to hold the World Acadian Congress, a two-week event held every five years in which people of Acadian descent celebrate their culture.

This is a very rural area of approximately 6,700 square miles with a population of 70,000. In the 1960s, it reached a population of 106,000, but that number has decreased due to out-migration. In 2002, it received the federal designation of an Empowerment Zone and was the only Empowerment Zone in the United States that achieved that status as a result of out-migration as opposed to poverty.

The Aroostook Partnership is currently in a situation where it needs to work diligently on its workforce development efforts. It is difficult to attract new industry or new business of any size once they study the workforce demographics in Aroostook and discover the low unemployment rate.

“If you look at the demographic breakdown, the youth are leaving for the bright lights, big city, and they’re looking for other opportunities. A lower percentage of them stick around in our county, and that’s something we’re working to slow, then reverse from the grassroots level,” says Towle.

The partnership attempts to show students they do not have to leave town to achieve success in life because there are several ways to earn a good living in Aroostook. Successful established businesses and broadband connectivity in the region also allow for remote working opportunities, offering much better housing and quality of life than working for a company and living in a large city.

“There’s a real big effort to stem some of that out-migration of youth, and in concert with that, we have to attract and reach out to populations that are familiar with Aroostook County, the people that were born and raised here that understand the quality of life benefits,” says Towle, who returned to “The County” in which he grew up after experiencing the metropolitan life. “It’s incredible how the difference in quality of life translates into how you are treated in everyday life. People are friendly and accommodating, and it’s so refreshing to come back and be in that environment again.”

Many residents move away from rural counties in hopes of finding a better career, only to end up missing the more relaxed pace of life to which they were accustomed. “We can put together a good program that will reach that demographic and give them some solid reasons to move back to the place they were raised and, in many cases, still remain connected,” says Towle.

There is a strange phenomenon occurring in Aroostook and throughout the state of Maine that has created a large untapped workforce. Approximately 10,000 people in the county of working age are unemployed. The reason for this is that it is more economical for these people to remain on public assistance than it is to take work that provides less income.

For businesses looking at Aroostook County as a location, it is necessary to consider the latent workforce who will work for higher-paying jobs as well as former residents who will take the opportunity to return home. It is also important that site selectors do not use metropolitan formulas when examining the county, as these are not effective in such a rural area. “The commuting patterns they are used to looking at in more congested areas don’t work in rural areas because there is no congestion, and people will travel further for a good paying job,” added Clark.

The challenging demographics in Aroostook have created some urgency with its workforce development initiatives recently. It is located in the oldest state in the country, and it has the oldest average population within Maine. A significant portion of the population will be leaving the workforce in the next five to ten years, and the partnership is working to balance that by attracting the younger generations and backfilling positions before it loses its skilled workforce.

The culture and work ethic that has developed in the county’s agriculture and forestry industries creates strong, hardworking people. Not too long ago, students of all ages were released from school for three to four weeks in the fall to help with harvesting and to earn some money.

“From a very early age, you learn a strong work ethic working with the farmers and the foresters in Aroostook County, and that translates later in life into knowing what hard work means, and I can proudly say it’s how I secured my first job,” says Towle. “It is well-known in the New England region that the people raised in ‘The County’ are great employees who are not intimidated by long work days or challenging projects. Schools no longer let students out for fall breaks, and agriculture has moved towards more mechanization and automation, yet the strong work ethic remains true, generation after generation.”

The third-largest economic driver in Aroostook County is tourism, which is based on the area’s many outdoor recreational opportunities. There are 2,200 miles of snowmobile trails, 1,600 miles of groomed all-terrain vehicle (ATV) trails, and all kinds of hiking trails. Nordic and alpine skiing, hunting, fishing, and all sorts of water activities are some of the numerous outdoor options.

“We saw a ten percent increase in our tourism expenditures this year over last year, so it’s climbing all the time,” says Clark. This is particularly noticeable among “the millennials that want to get out and experience nature.” Aroostook sees regular repeat tourism clients as a result of its unique hosting and hospitality assets.

The ability to camp out, hike, and swim in a clean lake while breathing fresh air is valuable. “You can see the stars at night, which is becoming a bigger draw for a lot of people, particularly those who live in the cities,” says Clark. “The quality of life is very laid back, peaceful, quiet, low crime, and there’s no congestion, that’s for sure. It’s wide open spaces, big sky country, and a lot of people are looking for that.”