A Sweet Tooth for Innovation 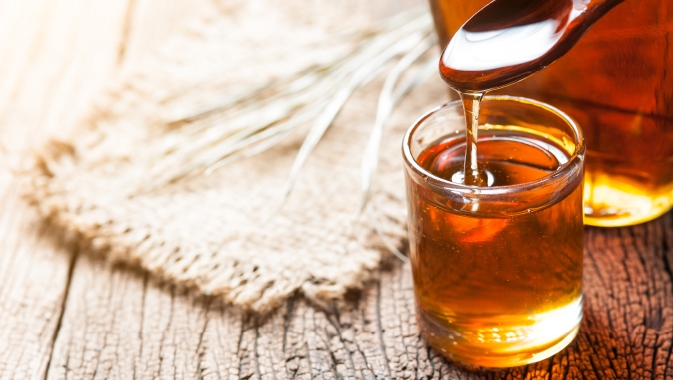 Whether it is a guilty pleasure or a daily staple, sugar is a regular feature in our diets. But with consumer tastes moving away from sugar, companies in the sugar industry must adapt or perish. Lantic Inc., Canada’s largest sugar producer with over 130 years of history, is changing to meet this trend and aspires to become North America’s largest supplier of natural sweeteners.
~
Lantic traces its proud lineage to 1888 when its first sugar cane refinery was built in Montreal on the banks of the St. Lawrence River. It was a breakthrough for Canadian industry; previously, sugar had to be imported at low quality and high cost.

“As Canada’s population increased, so did the demand for a reliable supply of Canadian refined sugar for consumers and the emerging industries that needed sugar to make their food products,” remarks Marketing Director Jinny Lok. As domestic sugar production increased, sugar became a commodity for public use by the late nineteenth century. Expansion continued into the twentieth century, with domestic sugar beet farming beginning in 1950.

From the merging of Lantic Sugar and Rogers Sugar in 2008, Lantic emerged as the largest sugar and natural sweeteners supplier in Canada, with facilities capable of manufacturing one million metric tonnes of sugar annually. Lantic has two cane refineries, one in Montreal, Quebec and the other in Vancouver, British Columbia; and a beet processing factory in Taber, Alberta, Canada, serving both food processing and retail clients coast to coast. Food processing clients remain an important part of the company’s sugar business, along with food service distributors and end users that are familiar with buying its branded products at local grocery stores in Canada.

Lantic is also very proud to be the only beet sugar processing plant in Taber, Alberta, Canada, supporting the local southern Alberta farming community. Sugar beets can be grown in Canada where sugar cane cannot, therefore providing supply chain efficiencies in the Prairie market. Refined sugar that is sourced from locally grown sugar beets has the distinction as being the only 100 percent Canadian origin sugar, thus allowing this sugar to be eligible for use in various global trade agreements such as NAFTA and CETA.

Despite its long history and a proven record of delivering quality products, the company must address consumers’ attitudes toward sugar and sweeteners. Consumers are becoming more focused on excess consumption,” says President and Chief Executive Officer John Holliday.

“To adapt to the lifestyle and needs of diverse groups of Canadians with various lifestyles and life stage needs, we have to broaden our range of offerings. We must continue to innovate beyond our core business,” Jinny Lok agrees.

After conducting sufficient market research to confirm this, over the past five years, Lantic has embarked on a strategy to diversify its product offerings. While its core sugar manufacturing remains strong, the company has expanded into other natural sweeteners such as stevia, agave, coconut sugars and its latest addition, maple syrup and maple products.

Lok points out that within the last five years, the company has been on a sweetness innovation journey, elaborating that the company was faced with a choice to stay in its comfort zone or adapt to new market conditions. “We need to re-define the scope we compete in, to better meet the needs of our consumers and customers.”

Lantic began its expansion by launching stevia, organic coconut sugar and agave sweetener products for retail consumption in 2014. Within one year, Lantic’s coconut sugar became the second-largest purchased coconut sugar in Canada. Lantic’s efforts in diversification have been rewarded with many accolades, including its coconut sugar being listed among Rogers Media’s Product of the Year in 2017 in the sugar category, and Stevia being one of the finalists in the Grand Prix New Product Innovation Award in 2016. “It affirms our commitment to innovation and that we’re going down the right path,” Lok remarks with satisfaction.

In addition to launching these natural sweeteners, Lantic has embarked on a quest to enter Canada’s maple syrup market by acquiring LB Maple Treat (now The Maple Treat Corporation). Since over 70 percent of Canadian maple syrup production is located in Quebec, this acquisition is accretive given the company’s existing resources, customer base and supply chain network. In 2017, the company completed its acquisition of LB Maple Treat and Decacer, making the new Lantic-owned entity one of the world’s largest maple syrup bottlers operating today. With these acquisitions, Lantic estimates it now owns approximately twenty-five percent of the world’s maple syrup market. “Maple syrup is a natural fit for our business. What’s more natural than pure maple sap coming from the trees? Maple makes sense, and it’s complementary to our business.”

An economic advantage of maple syrup and other natural sweeteners is that they are largely unaffected by the high tariffs related to refined sugar. These tariffs make it economically unfeasible for the company to export refined sugar to most foreign markets.

“We’re looking for natural sweetener opportunities that don’t have the same encumbrances that our core sugar business does,” Holliday explains, elaborating that these new sweeteners and maple syrup are providing growing opportunities for international business. Consumers’ tastes may be moving away from refined sugar, but global maple syrup sales growth remains steady.

Despite this rapid reinvention and equally rapid growth, the company has still experienced the growing pains of entering an unfamiliar market. “I don’t think there’s any acquisition that doesn’t have integration challenges,” Holliday remarks. Lantic acquired four largely family-run maple syrup producers as its entry into the maple industry. He describes that each business operated using local knowledge, with local sales networks and supply chains. The teams faced some challenges in integrating the numerous smaller businesses into its existing supply network and business practices. “Bringing all that together is complicated,” Holliday relates, “and requires a lot of work.”

Lantic still faces the task of operating in a new and radically different market from the sugar industry. Lok explains that the company’s sugar business is approximately eighty-five percent business-to-business (B2B) and fifteen percent retail. In the maple syrup industry, it is the opposite – ninety percent retail and only ten percent B2B. In addition, the majority of its maple syrup customers are in export markets, with the company shipping maple products to fifty-two countries worldwide. “There’s a whole learning curve for Lantic to embrace the maple side of the business,” she remarks.

But with streamlined business practices and an international sales team, the company is ready and able to bring Canadian maple products to global customers and consumers. It has been a whirlwind trip, Lok explains. “I didn’t see the company moving internationally so quickly,” she admits, “but this [maple] acquisition gives us access to world markets.”

Lantic has brought recent innovation to the consumer in improved packaging. Lok relates that consumers expressed concerns about previous packages’ fragility and inability to seal. “It’s the most cost-effective way to package sugar,” she remarks, “but it’s not what some people like.” To address these concerns, the company has released new resealable packages to provide alternate packaging formats. While this is not exactly a cost-effective measure, John Holliday views customer satisfaction as well worth the expense. “Perhaps it’s a little more expensive,” he says, “but we look at it as value added, and our customers do as well.”

Lantic is also active environmentally, particularly through its working relationship with the Alberta Sugar Beet Growers. We are collaborating to build certified environmental sustainability programs. “We can demonstrate they’re following the best agricultural practices, ones that preserve the limited resources in the farm community,” Holliday explains.

With these innovations and new growth into sugar alternatives, Lantic’s future looks bright indeed. The company has no plans to reduce sugar production, despite these new expansions into maple and other natural sweeteners. Sugar remains a popular household commodity, in spite of changing consumer attitudes. “It’s still the good, natural ingredient it always has been,” says Vice President of Sales and Marketing Mike Walton.

The company remains committed to its vision of becoming North America’s supplier of natural sugar and sweeteners. “We’re on the journey,” says Walton, “and we’ve been on the journey for a while. Lantic is respected in North America for our high quality products. Our reputation is a big reason why many global food processing companies choose to do business with us. We have had many loyal customers who have been with us for a long time.” History has proven that in order to have a sustainable food processing industry, you must have a local reliable sugar refining industry. The two go hand in hand.

“Our sugar and maple companies benefit from a highly skilled and committed work force, a team that comes to work each day to win!” Holliday elaborates that this expansion ties into Lantic’s overall goal. “If you don’t have a vision and a dream, you don’t have anything to work towards.”